School buses behind schedule across the Tampa Bay area 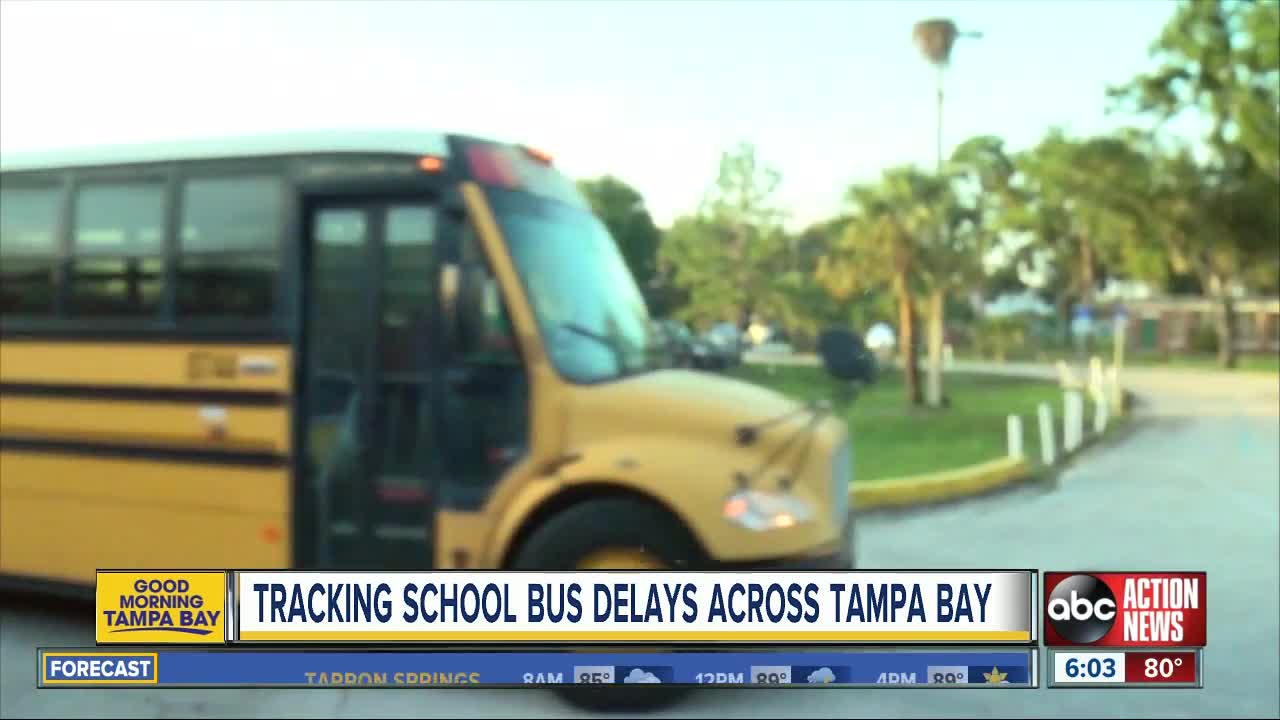 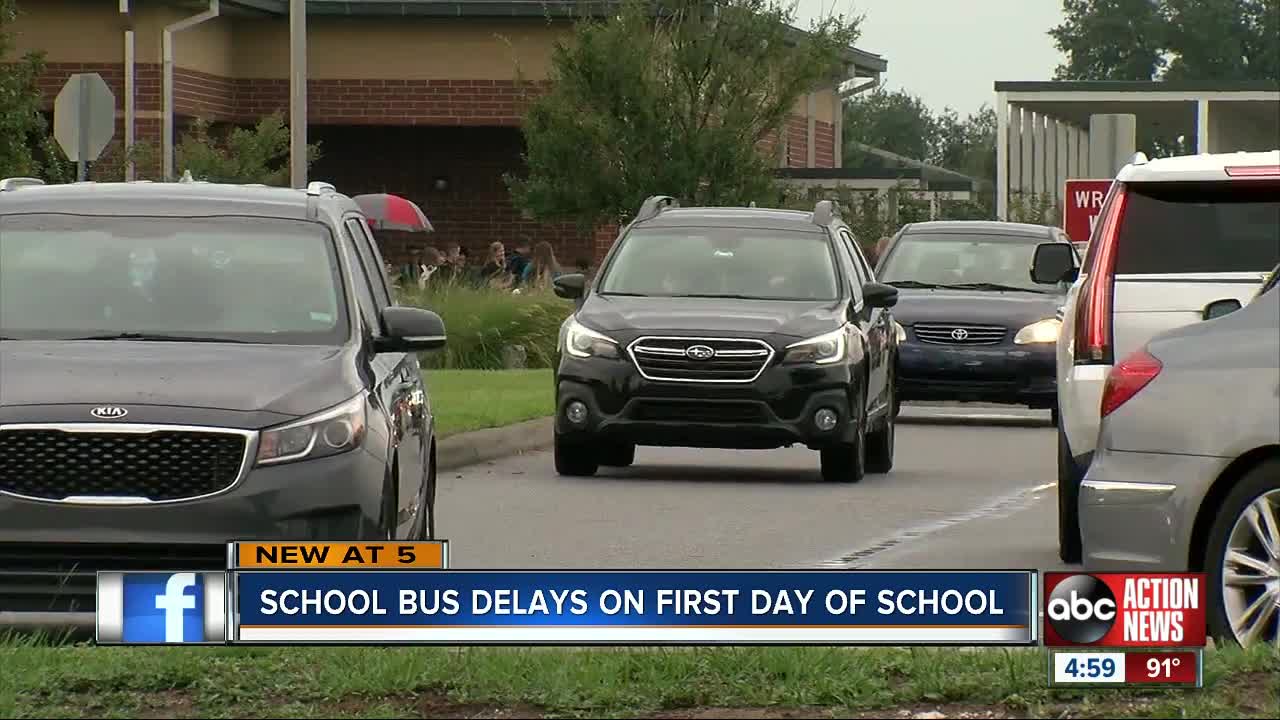 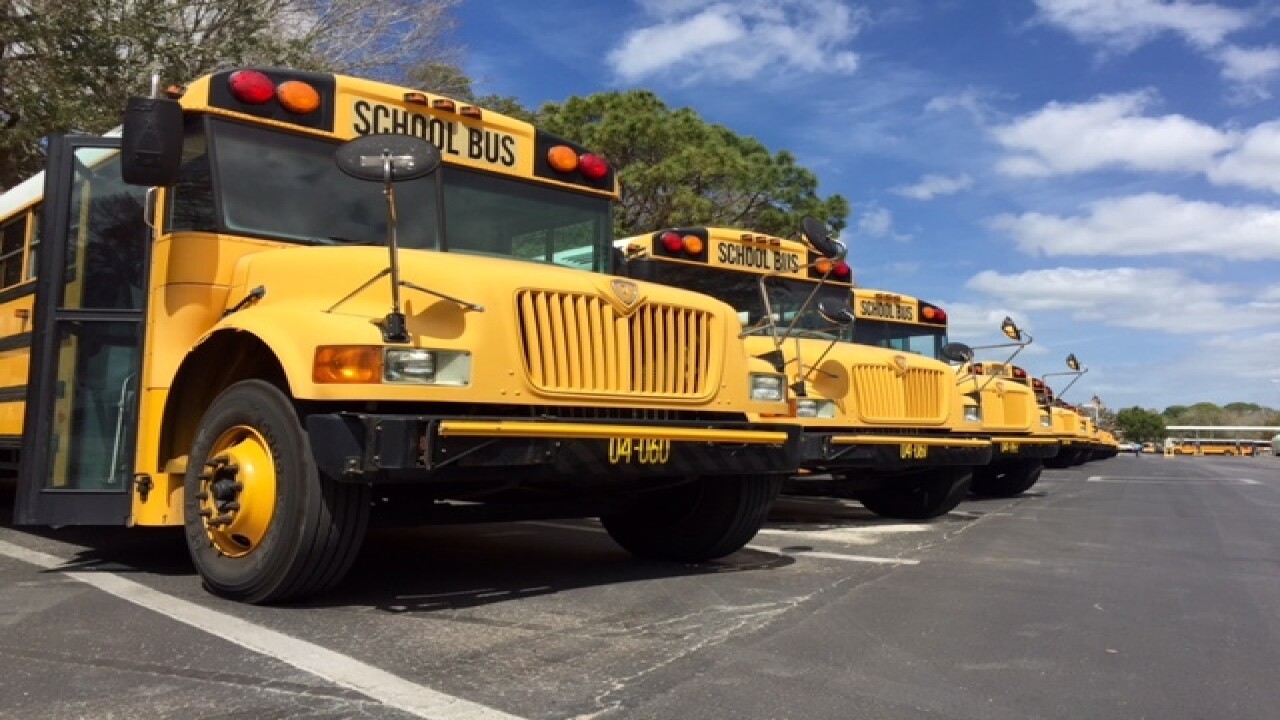 TAMPA, Fla. — ABC Action News has everything you need to know about getting back on the bus and starting school this year. That includes what you will likely see at your bus stop this week.

On the first day of schools for most Tampa Bay area districts, many counties experienced slight to significant busing delays.

Hillsborough County also sent a text home to parents warning their child’s bus would be about 60 to 90 minutes late Monday.

ABC Action News counted at least 100 routes delayed in Polk County, following up from recent years when the district has struggled with severe bus schedule delays and driver shortages.

According to a Polk County Schools spokesperson, the delays were not as severe as last year due to heavy recruiting and hiring guideline changes implemented last year.

Still, the district says delays are expected for the first two weeks of schools as students and drivers learn their new routes. Right now Polk County Transportation is looking to hire 25 bus drivers.

A spokesperson released the following statement:

“In general, we’re seeing fewer delays compared to last year, and the delays we are experiencing are less severe. The average delay this morning was about 30 minutes, whereas last year, we saw delays up to two hours. Less than 10 percent of our bus routes experienced delays this morning. We still have about 20-25 openings for bus drivers, but we currently have about 20 people in training, so we hope to be fully staffed (or close to it) very soon. That also is a major improvement vs. last year. Regarding bus delays, we’re still asking families to be patient during these first weeks of school, because this is always a busy time as we get settled into the rhythm of a new year. However, we are encouraged by the positive results we’re seeing thus far. We’d like to remind families to contact our new transportation call center for any questions about bus assignments, bus stop info, bus delays and related topics. The call center is available at 863-534-7300 on weekdays from 7 a.m. to 6 p.m. through Friday, Aug. 23."

We spoke with parents who say it is generally normal for buses to be late for the first week of school. One parent said she doesn’t chance it on the first day and instead skips the bus altogether.

“I did get a call from the school board earlier saying the buses will be late so I took him to school. He was ready to go anyways,” Tiffany Robinson, a mother said.

Citrus County reported most of its buses were behind but only by about 5-10 minutes, which they say is typical for the first few days. However, one bus was about 20 minutes late to school due to a mechanical issue. Citrus County Schools is looking to fill about five bus driver positions and have fill-ins until those spots can be filled.

Manatee County told ABC Action News it doesn’t keep track of how many buses are delayed but said the following in response to our request,

“Transportation delays are part of the first day experience for virtually every school district every year. You have new students and parents at different schools and new bus drivers as well. Any issues almost always get settled during the first week of school. Outside of that, it is hard to predict what potential issues would be encountered.”

Pasco County tells parents they should expect busing delays for the first week of school as driver work out the kinks of their routes. The schools is still looking to fill about 51 driver openings. A class with 25 driver candidates starts Friday, and those that “graduate” will be driving buses starting September 9.  Click here for more info.

Pinellas County’s first day of school is not until Wednesday.

Parents looking to check on their child’s bus routes or information can choose from the following: