Publix, home of the pub sub and free cookie, celebrates its 88th birthday 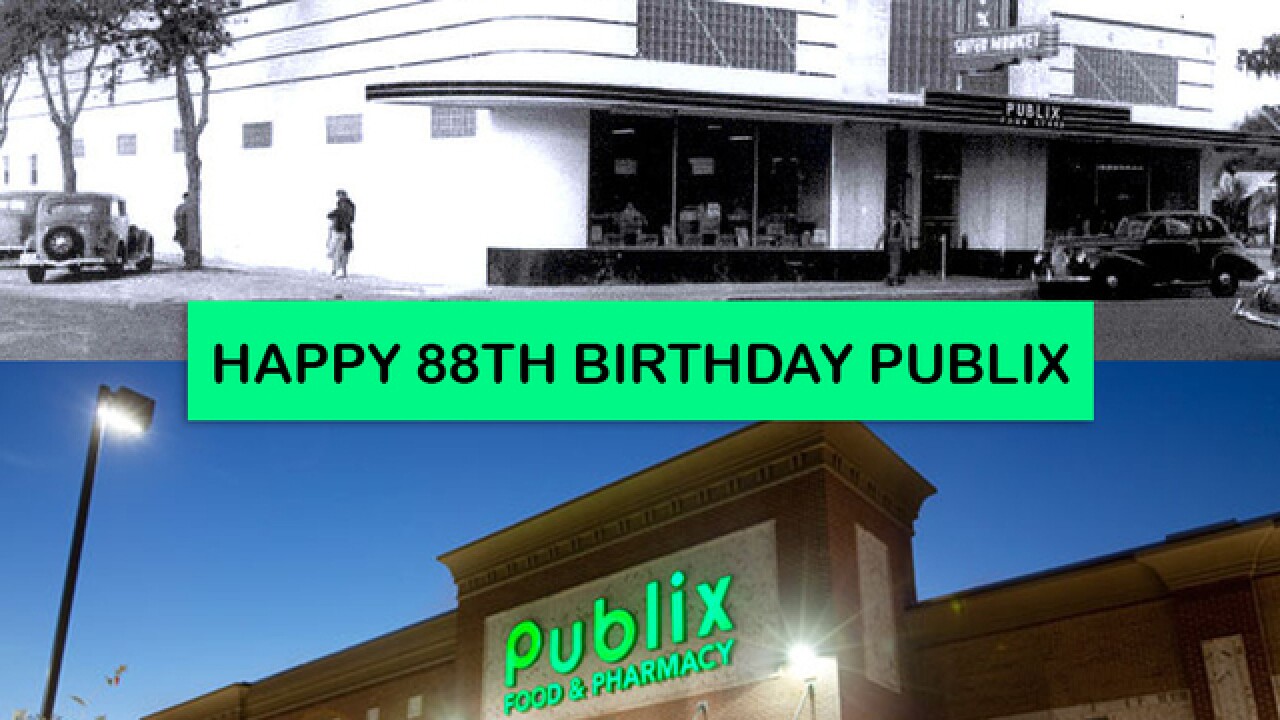 Publix is a staple for those of us in Florida. We all know what it's like to run out and get a pub sub for lunch or only have our kids cooperate with grocery shopping because they get a free cookie.

Loyal shoppers have flocked to Publix since the first location was founded by George Jenkins in 1930. Today, the company boasts over 1,100 store locations in seven states and is the largest employee-owned grocery chain in the United States, according to the company's website.

When Jenkins established Publix he did it with innovations that other grocery stores just didn't have. Air conditioning, fluorescent lighting, and frozen food cases were just a few of the things that had customers traveling miles for their groceries.

While the store prospered, Jenkins expanded. In the 40s Publix bought 19 small grocery stores — launching the chain we know today.

Publix also has plenty of awards to boast about. They've been named as one of Fortune's "100 Best Companies to Work For" since 1998. They've also been recognized as one of America's Best Employers by Forbes.

You can read more about Publix by visiting their website.