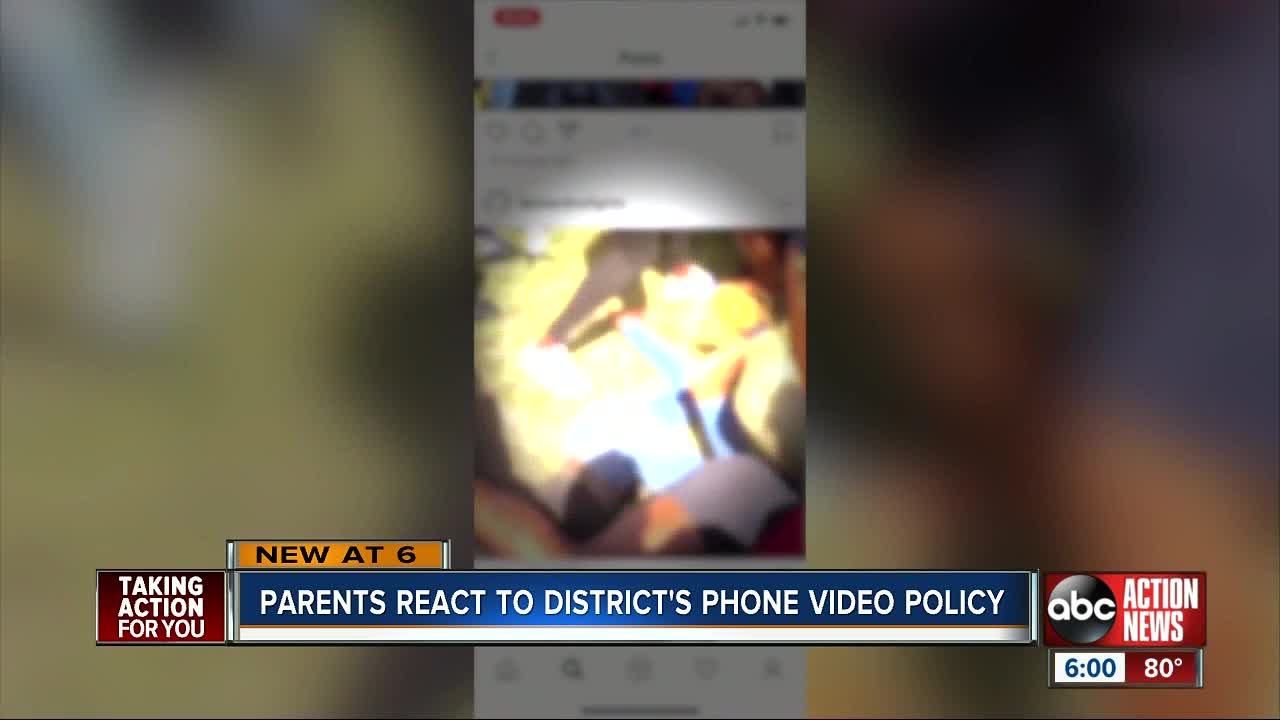 The school district went on to say those who are caught recording the fights or uploading fight videos on social media could face a 10-day suspension or possibly face expulsion. 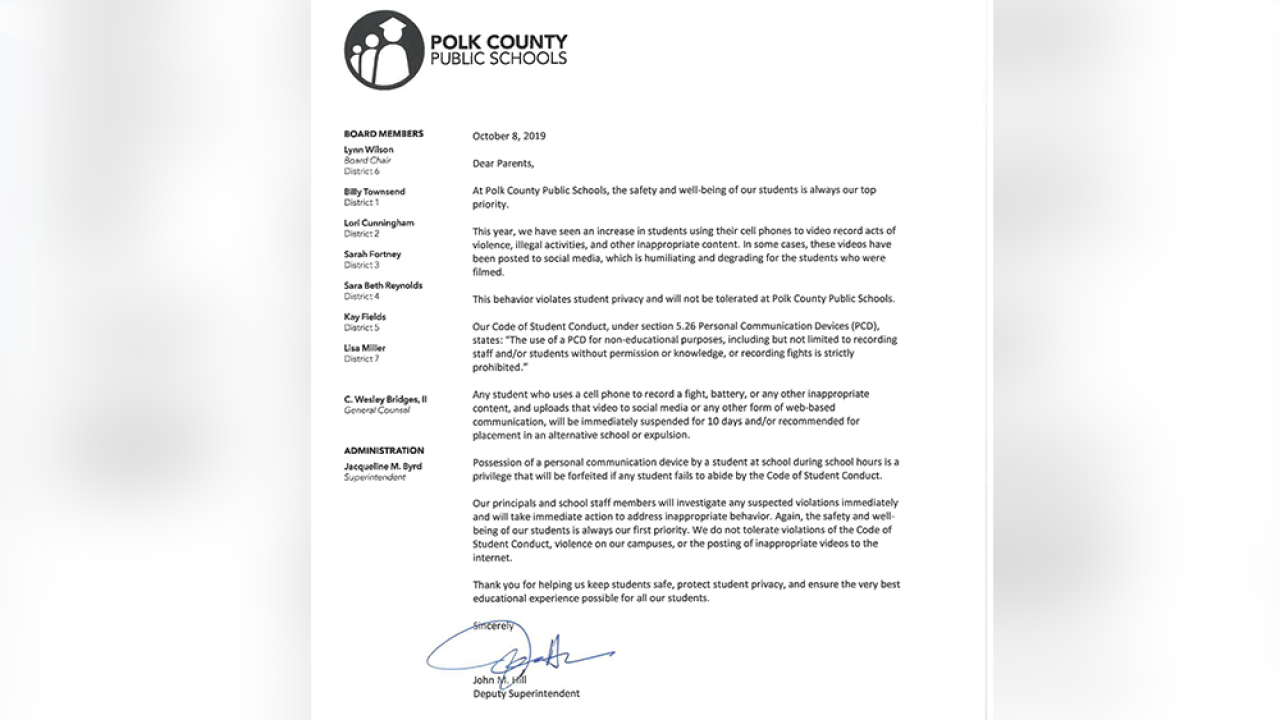 LAKELAND, Fla. -- The Polk County School District is taking to social media to remind students and their families that it is against school rules to record fights on their cell phones on campus.

The school district went on to say those who are caught recording the fights or uploading fight videos on social media could face a 10-day suspension or possibly face expulsion.

"This year, we have seen an increase in students using their cell phones to video record acts of violence, illegal activities, and other inappropriate content. In some cases, these videos have been posted to social media, which is humiliating and degrading for the students who were filmed," Polk County Deputy Superintendent John Hill said in a letter published on social media.

The school district's social media post comes just weeks after a group of parents rallied against violence in bullying in Polk County schools.

“He was embarrassed that so many people saw the video passed around,” Lauren Springfield, a mother of a victim who was assaulted inside a Blake Academy locker room, told ABC Action News back in September.

ABC Action News had spoken with a handful of parents last spring who claim their children were experiencing bullying and/or violence in Polk County schools. Incidents ranged from hitting, verbal abuse to student allegedly telling a child to commit suicide.

The school district , however, says this isn't a new rule and it has been enforced for some time.

"This is not a new policy or a reaction to any specific situation," Hill said in a statement.

"Possession of a personal communication device by a student at school during school hours is a privilege that will be forfeited if any student fails to abide by the Code of Student Conduct," Hill said in the letter posted on social media.