POLK COUNTY, Fla. — Two brothers were arrested Friday after deputies say they were shooting at occupied vehicles while driving in a stolen truck.

Deputies say 25-year-old Shawn Whitten and his brother, 19-year-old Brett Crosby later crashed the stolen truck and ran away from the scene.

"Thanks to our cooperation with the Auburndale Police Department, a tight perimeter, and people who saw something, and immediately said something, we took these brazen brothers into custody before they killed someone. It is a miracle nobody was shot," Sheriff Grady Judd said.

One of the vehicles the brothers shot at had a mother with her three young children inside, deputies say, ages 6, 5 and 1.

Denise Gonzalez said the young children in the car were her two daughters and her niece.

"This was strictly by God's grace that we made it out," Gonzalez said.

Deputies say around 7 p.m. Friday night the brothers were driving the stolen black Toyota Tacoma, which was reported missing that morning, and Crosby fired a gun at an SUV, hitting the rear driver's side window. The driver was the only occupant and was not injured. The driver was Michelle Morris.

Morris said she was thankful her children were not in the van with her.

Photos show the broken window and glass littering the inside of the vehicle. 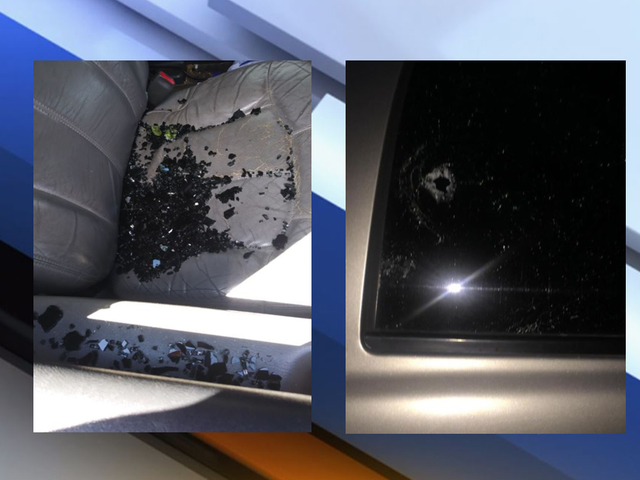 Just minutes later, the brothers approached a silver Honda Accord with three young children inside, deputies say. Crosby, again, fired towards the vehicle hitting a rear window, shattering it. Deputies say no one was injured.

As the brothers continued driving they approached a third vehicle, a white Chevy Equinox, firing towards the driver's side. Deputies say the driver's side window was stuck and, miraculously, the driver wasn't injured. 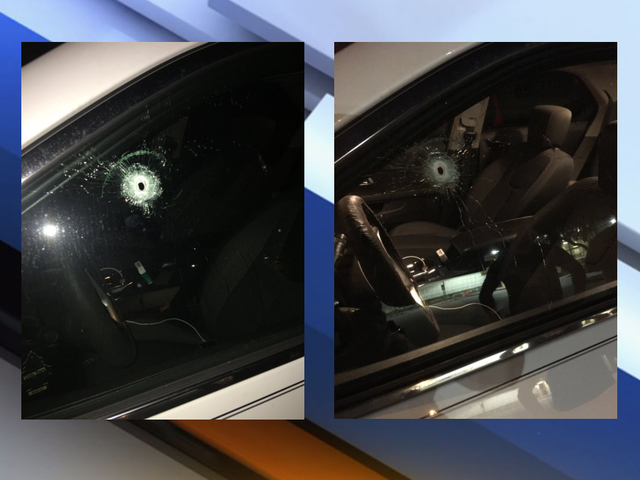 Just before the shootings, the Auburndale Police Department received calls about someone driving a black truck and waving a gun out of it, deputies say.

Finally, the deputies received a call about a single-vehicle crash where the people inside had run away from the scene. They responded and began to track the suspects with a K-9. A witness told deputies they saw two men fighting at a home earlier and that it could possibly be the suspects.

Deputies responded to that home, finding Whitten and taking him into custody. Then deputies say they found Crosby unresponsive under a blanket and immediately started treating him. He was transferred to a local hospital for a suspected drug overdose. When he's released, deputies say, he'll be sent to the Polk County Jail.

Whitten has been charged with grand theft of a motor vehicle, battery, six counts of attempted armed murder and two counts of possession of a firearm by a felon.

Deputies say Whitten has been in the Polk County Jail eight times prior to this, and to state prison twice. His previous charges include aggravated battery, fraud, grand theft and burglary among others.

Crosby is being charged with six counts of attempted armed murder and discharging a firearm from a vehicle.

"Our goal is to send them to prison for the rest of their life. They are a menace to society," Sheriff Judd said.

Deputies have not recovered the gun. Sheriff Judd said if someone has it and hasn't turned it over, they could face a charge, too.