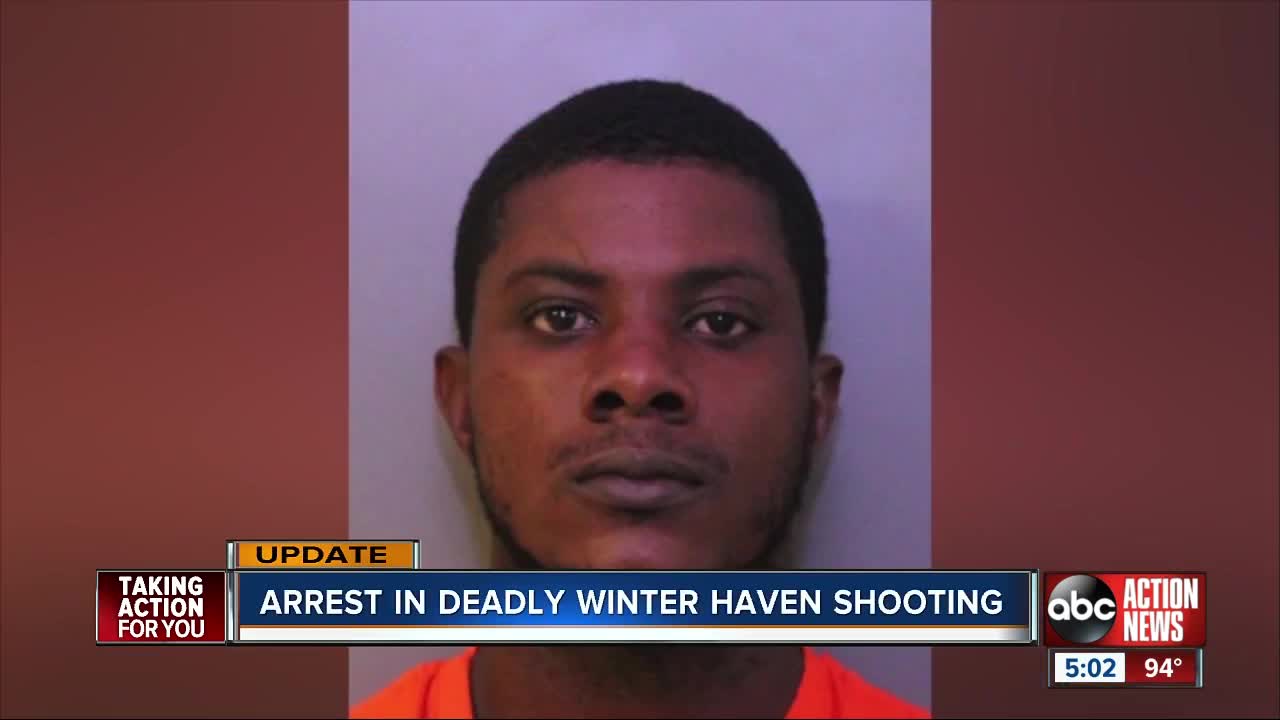 The Winter Haven Police Department is investigating two shootings that happened in the same area on Wednesday. Story: https://wfts.tv/2I2VNZn 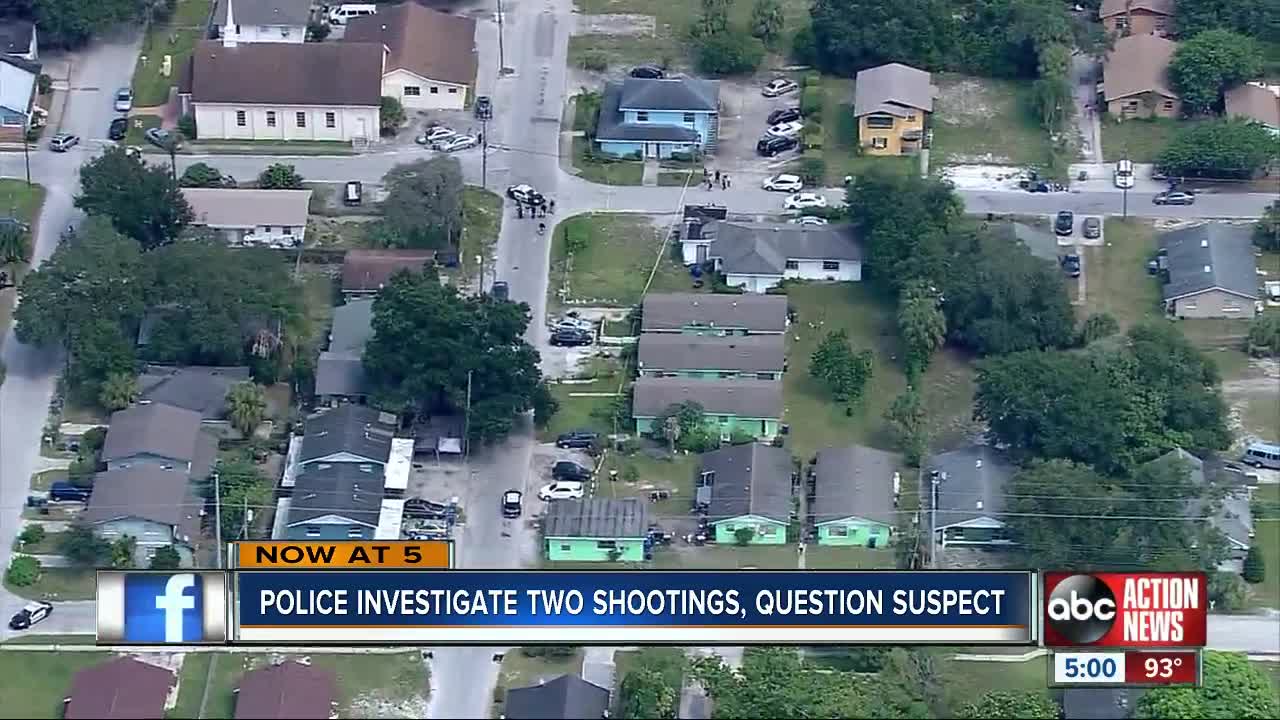 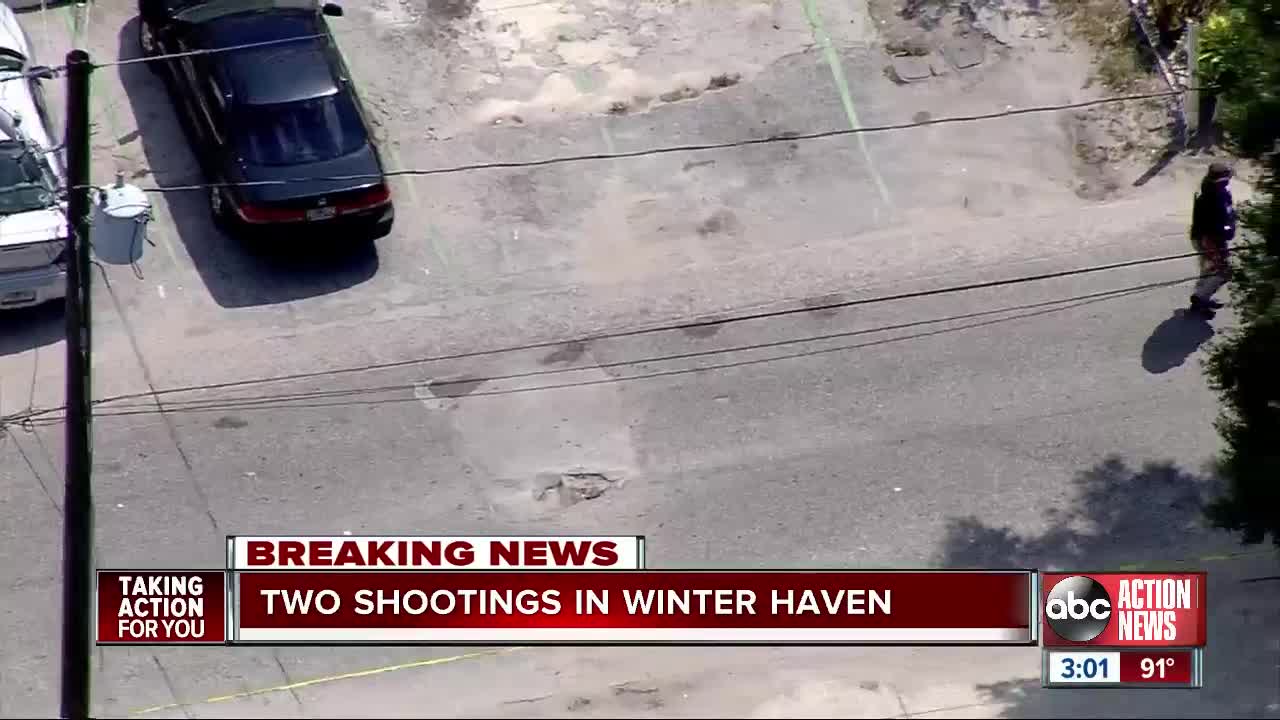 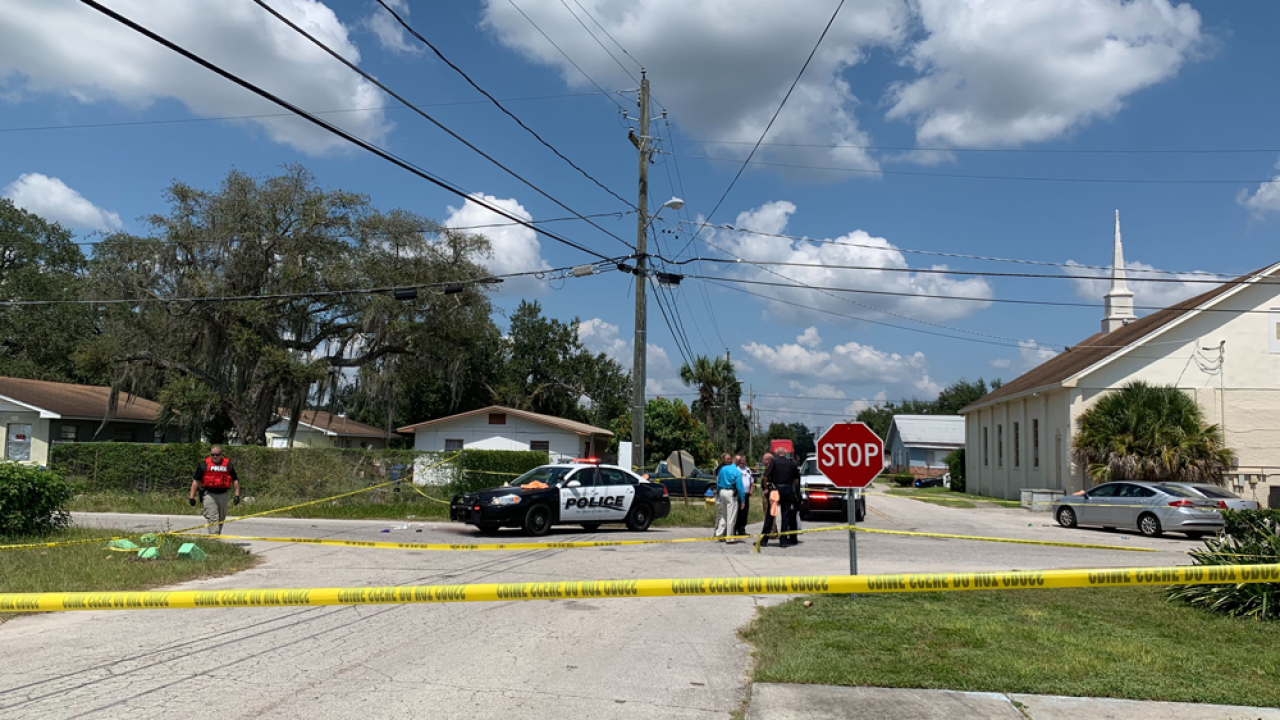 WINTER HAVEN, Fla. — The Winter Haven Police Department is investigating two shootings that happened in the same area on Wednesday.

Winter Haven Police Chief Charlie Bird said in a press conference on Wednesday that officers responded to the scene and found one victim, Rory Copeland, suffering from a wound to his torso.

Officers secured the area and transported Copeland to an area hospital. His injuries are not life-threatening, police say.

While working the scene, Bird said officers heard additional shots behind a nearby church. They ran to the location and found a second victim with a significant gunshot wound to his neck.

That victim, Cody Hunt, died from his injuries.

Witnesses pointed officers to a person who was running away from the area. Officers followed Debonaire McIntosh and took him into custody. He has been charged with first-degree murder in the death of Hunt.

According to an arrest report, McIntosh told officers he saw them talking to people after the first shooting and ran into Hunt as he walked away. He claims Hunt yelled at him saying, "Are we gonna fight it out? Or shoot it out?"

The report states that McIntosh told officers Hunt was behind him while he had his hands in his pocket, on his weapon.

"Almost immediately after the victim made the statement, he (McIntosh) spun around, pulled his gun and began firing," the report says.

McIntosh told officers during the "split second" he turned and pointed his weapon at Hunt, the victim was standing with both hands in his pocket with no weapons visible.

After the shooting, McIntosh ran away and was taken into custody a short time later. Police searched the area and found a Stainless snub nose .38 five shot revolver near where the suspect was arrested.

An arrest report shows that someone familiar with McIntosh and Hunt said the two had an altercation online about a week prior. It states that McIntosh was trying to build a name as a "disc jockey," while Hunt was a successful promoter. But, according to the report, Hunt made "disparaging remarks about his (McIntosh) performance and was disloyal."

The report shows that in a Facebook Live, the suspect is seen shouting about "misdeeds" against him before producing a revolver, saying it was "with him all the time."

It's unknown at this time if McIntosh was involved in the initial shooting that injured Copeland.

"Let's be honest here, you've got a lot of police officers working a shooting already and then somebody has the drive to stand right there and shoot, shoot and kill someone," Bird said. "That's concerning to us, that's concerning to the citizens."

Bird said officers are going to "really crack down" and use all their resources on the investigation.