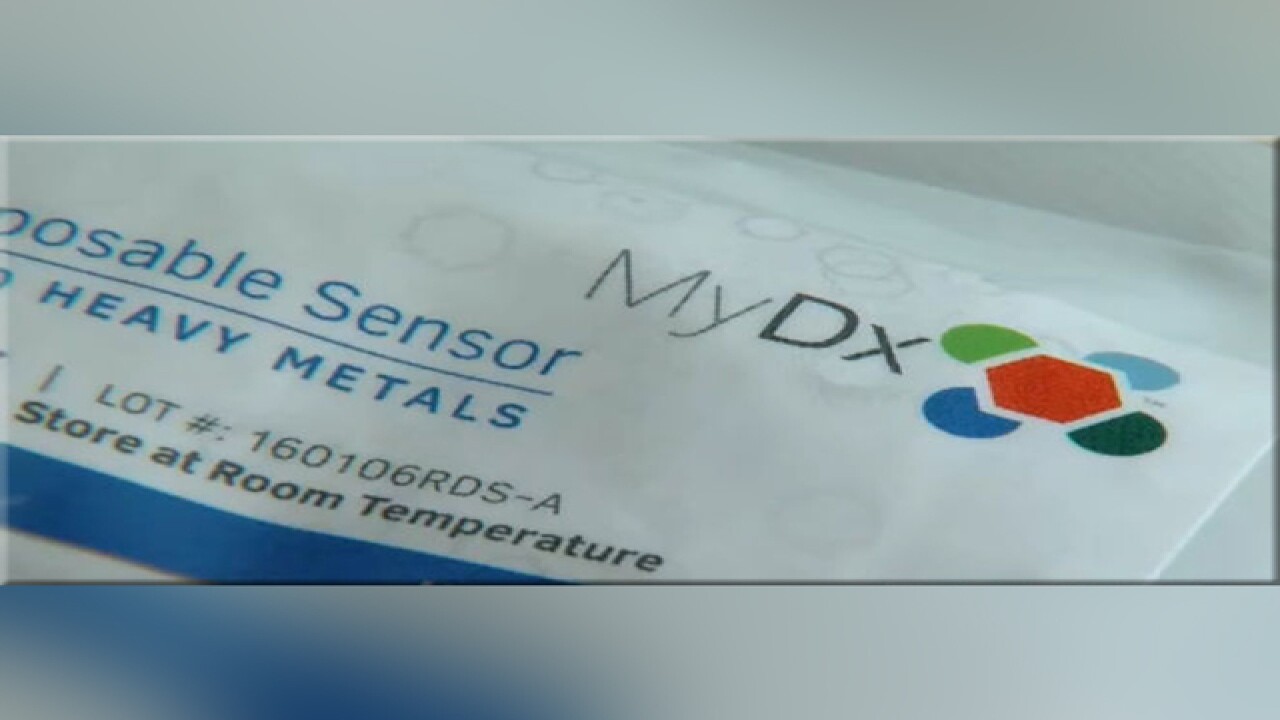 A California company is offering at home water test kits for people living near the New Wales Mosaic plant.

MyDx sent out an advisory that the chemical detection company will give away a AquaDx sensor for free to homeowners impacted from the toxic sinkhole.

The San Diego based company writes on their instruction safety kit that it is US Army awarded technology.

According to its website, the creators of the chemical sensor claim to instantly detect contaminants in water like pesticides and heavy metals.

Heather George, has been waiting for test results for her private well to come back.

She is one of 200 people who requested Mosaic to do private testing of her well for a number of chemicals and radioactive materials.

The results, from an independent lab, ECT were expected Monday; however, a spokeswoman for Mosaic said that date has been pushed back to midweek.

“It stirs a mixed emotion,” said George, “are they trying to hide something? Is something wrong? Are they scared to tell us,” she said.

So far, MyDx has sent out a number of tests to homeowners near the Mosaic plant, but have not received results back.

Daniel Yazbeck, CEO of MyDx said if test results show traces of contaminants by indicating a ‘false’ reading, a person would have to have a lab confirm what chemicals are possibly in the water.

“What that means is it is not safe to drink right now,” he said by phone.

Yazbeck said the enzyme in their testing reacts to neurotic chemicals — and could even react to Rhadium.

George and ABC Action News reporter Nicole Grigg used the disposable sensor at her home — we tested her faucet water that she claims started smelling like rotten eggs over the weekend.

The test kit includes a water dropped and the small test — where you are asked to insert six drops of water.

In six minutes, the results give you a Pass or Fail reading.

However, we were not able to independently confirm with a lab that George’s water was safe to drink.

Find out what chemicals MyDx claims to test by visiting their website.

Below is a statement  from the Mosaic Company:

“Governor Scott today issued a statement regarding an emergency rule that will change public notification following pollution incidents. While we have yet to review the details of this rule, we are committed to working with Governor Scott, and the Florida Department of Environmental Protection (FDEP). The Governor also stated that his office will be proposing similar legislation. We look forward to working with his office, DEP and the Florida Legislature. We will also work with other stakeholders on an improved and transparent approach.

“Our company is continuing its remediation efforts on site.  On Tuesday, we will brief Governor Scott and DEP Secretary Jon Steverson and provide them with an update during an on-site visit.”