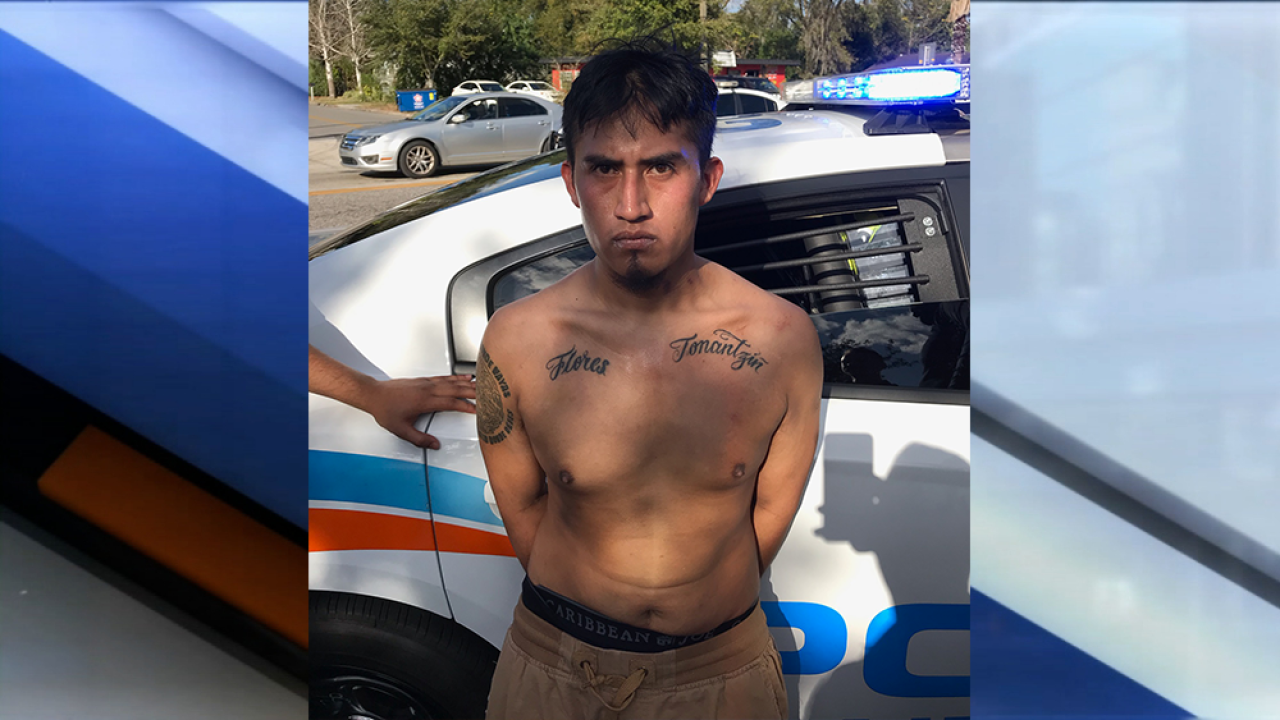 HAINES CITY, Fla. — A 24-year-old man is facing deportation after he was arrested for stealing a city vehicle and prompting a police pursuit, according to Haines City Police Department.

Police say just before 3:45 p.m. on Wednesday, a city employee was inspecting a well at a city water plant located at 2003 Angle Avenue and left the keys to a 2002 white Ford Ranger, with a city crest on both side doors, inside the truck as he made the routine inspection. When the city employee finished the inspection he noticed a man in the driver's seat of the vehicle and watched the man, later identified as Flores, speed away. Flores reportedly drove the truck through a security fence and the employee called 911.

Police caught up with Flores and attempted to pull him over but he refused to stop the truck. Police utilized a PIT maneuver to stop the truck, forcing the truck into the concrete sign at Advance Auto Parts located at 1015 E. Hinson Avenue. Both vehicles sustained about $1,000 worth of damages and the damage to the fence at the water plant is approximately $5,000. The cracked concrete sign at the auto parts store sustained about $4,000 in damages.

The man was arrested and identified as Flores by a Mexican Consular ID issued in 2016. Police believe the card is fraudulent. Flores' fingerprints revealed no records and he has no driver's license.

Flores is being charged with burglary with damage over $1,000, fleeing to allude, grand theft auto, felony criminal mischief, possessing a fraudulent ID and driving without a license among other civil violations. The Department of Homeland Security has obtained a warrant for deportation for Flores.

“Mr.Flores not only damaged both public and private property, but he put a lot of people in harm’s way with his actions,” Chief Jim Elensky said. “I can’t say enough about the job our officers did to make sure that no one, including Mr. Flores, was seriously injured.”