Photographers capture gator snacking on another 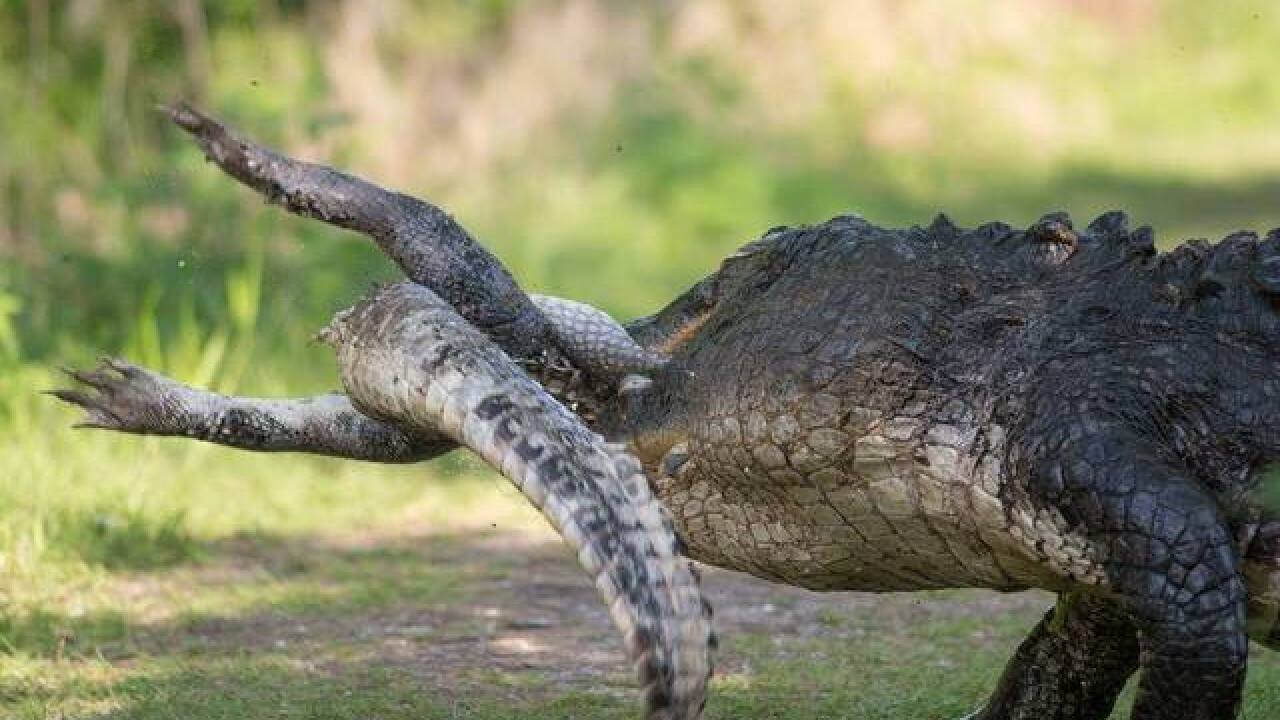 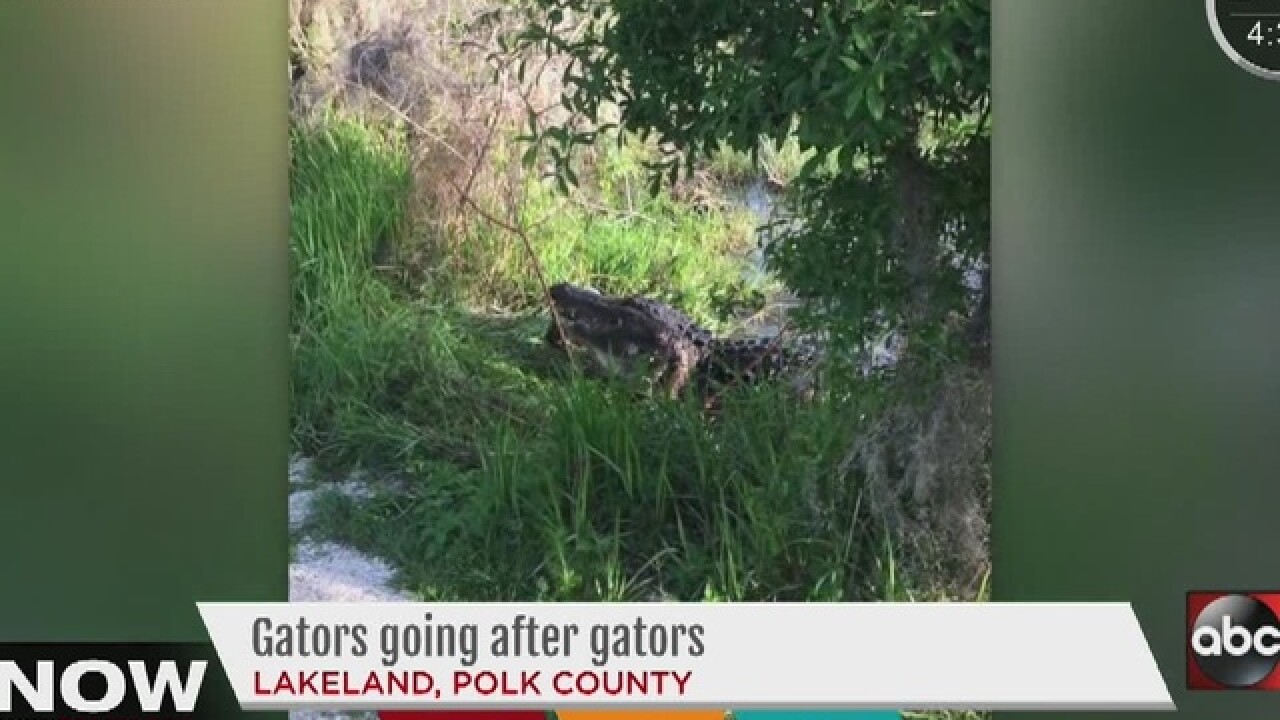 It's definitely gator season in Florida and there are videos to prove it.

Wednesday morning, photographer Andrew Lilyquist was walking around the Circle B Bar Nature Reserve in Lakeland, looking for wildlife to photograph.

He caught an unbelievable moment.

"My heart was racing," he said. "I just saw that big head and I said ok this is going to be great."

In a series of pictures and videos, Lilyquist captured a mammoth alligator chowing down on a much smaller gator.

"He was huge. When he crossed the trail there was some of him on both sides," he said.

In one video clip, the bigger gator swings the smaller gator around, splashing him in the water presumably to get a better grip on him.

A spokesperson for the Florida Fish and Wildlife said alligators resorting to cannibalism is somewhat common, especially between males and during male season.

The encounter on Wednesday morning came just days after a video went viral in the exact same spot of an even bigger gator -- estimated around 12 feet long -- was chowing down on a different gator.

"He was just fighting him, eating him, and splashing him around," she told ABC Action News.

Lilyquist went out to the Circle B Bar Reserve on Wednesday hoping to see the same encounter and capture it with his camera. He figured it was a long shot.

"Everybody was just excited. All my photographer friends were just as excited as me," he said.

Alligator mating season started in late March and runs through mid-June, according to the FWC. Gators are typically active through October.