A Lakeland family opened their home to a 17-year-old Puerto Rican student who lost nearly everything in Hurricane Maria.

Hurricane Maria rocked Puerto Rico nearly five months ago, but still the people of the U.S. territory are dealing with electricity issues, water shortage and are in need of critical assistance.

Many of the people who are struggling are students. Many of the schools and other important infrastructure were damaged or destroyed during the powerful hurricane.

Wilfredo Rodriguez, 17, is one of those students, but not anymore, thanks to a Lakeland family.

"Even though we had so many doubts about it. It was best to just step back and think if it was me, I would want someone to help me out," said Jaylen Arnold, who now calls Wilfredo his new brother.

The family found out about Wilfredo through the Victory Church bulletin last November. The insert talked about a young man from Puerto Rico who needed a host family after Hurricane Maria decimated his town. Wilfredo, who is a straight-A student, needed a place to stay so he would not fall behind in school.

The family calling it divine intervention. 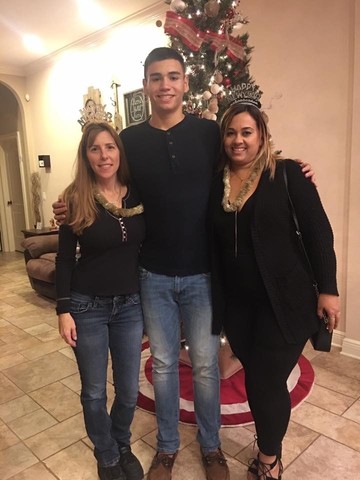 "I was worried about when Wilfredo got here, more for him,” said Jaylen. “Because even though the four people in my family had to get used to one new person.  This was one boy having to get used to four new people."

When Wilfredo’s family brought him to his host family, he only knew five words: three of them were fast food restaurants and the other two were “yes” and “no.”

Jaylen knows what it’s like to feel left out. Kids can be cruel to someone with Tourette Syndrome and autism. Through hardship though, much like Wilfredo, Jaylen found a purpose. He started the non-profit “Jaylen’s Challenge” in 2008.

Jaylen’s family wasn’t without their own issues though. Their dad was involved in an on-the-job explosion in Lakeland leaving him with fire and chemical burns on more than 80-percent of his body. 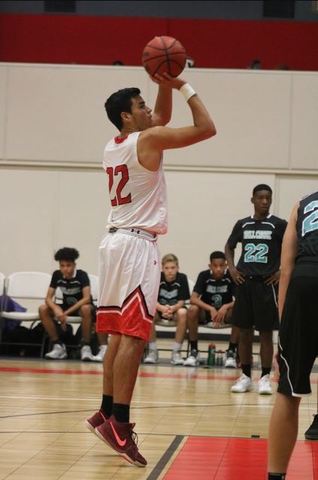 The family says divine intervention brought them all together, so they will do more than make it work. Wilfredo has even started playing on the basketball team at Victory Christian Academy where he attends school with his new host sister and brother. They say they will love Wilfredo like he is their own, because that’s what families do.