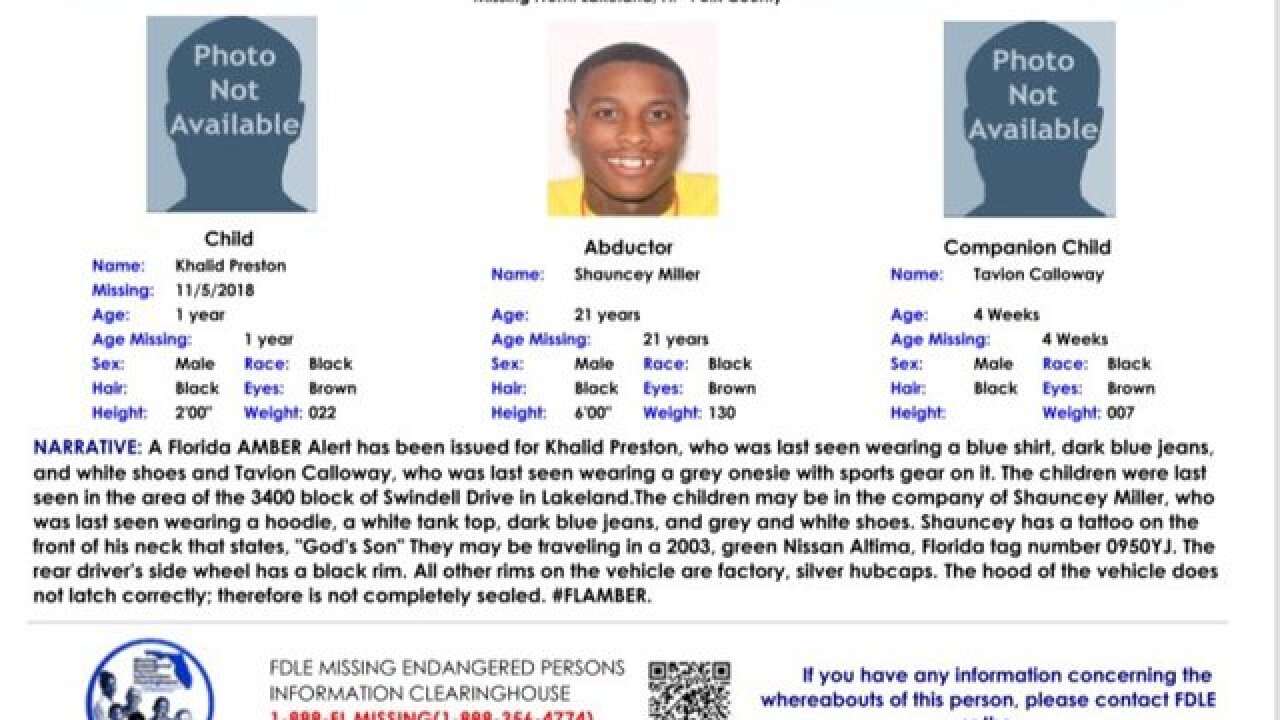 LAKELAND, Fla. — The Florida Amber Alert issued for 1-year-old Khalid Preston and 4-week-old Tavion Calloway has been canceled. The children have been located safely.

UPDATE: This AMBER Alert has been resolved. The children were found safe. Thank you for sharing!

According to the Polk County Sheriff's Office, the children had been taken and dropped off at a
relative's house during a domestic situation. The investigation is ongoing.

ORIGINAL STORY: The Florida Department of Law Enforcement has issued an Amber Alert for two missing children. 1-year-old Khalid Preston and 4-week-old Tavion Calloway were last seen in Lakeland, Florida. Both children are believed to be endangered.

The two children were last seen in the 3400 block of Swindell Drive in Lakeland, according to FDLE.

FDLE says that the two children may be in the company of Shauncey Miller, 21, who was last seen wearing a hoodie, a white tank top, dark blue jeans and gray and white shoes. Miller has a tattoo on the front of his neck that states, "God's Son."

They may be traveling in a 2003, green Nissan Altima, with Florida tag number 0950YJ. FDLE says that the rear driver's side wheel has a black rim. All other rims on the vehicle are factory, silver hubcaps. The hood of the vehicle does not latch correctly; therefore is not completely sealed, according to FDLE.

Anyone with information on their whereabouts is asked to call 911 or the Polk County Sheriff's Office at 863-298-6200.