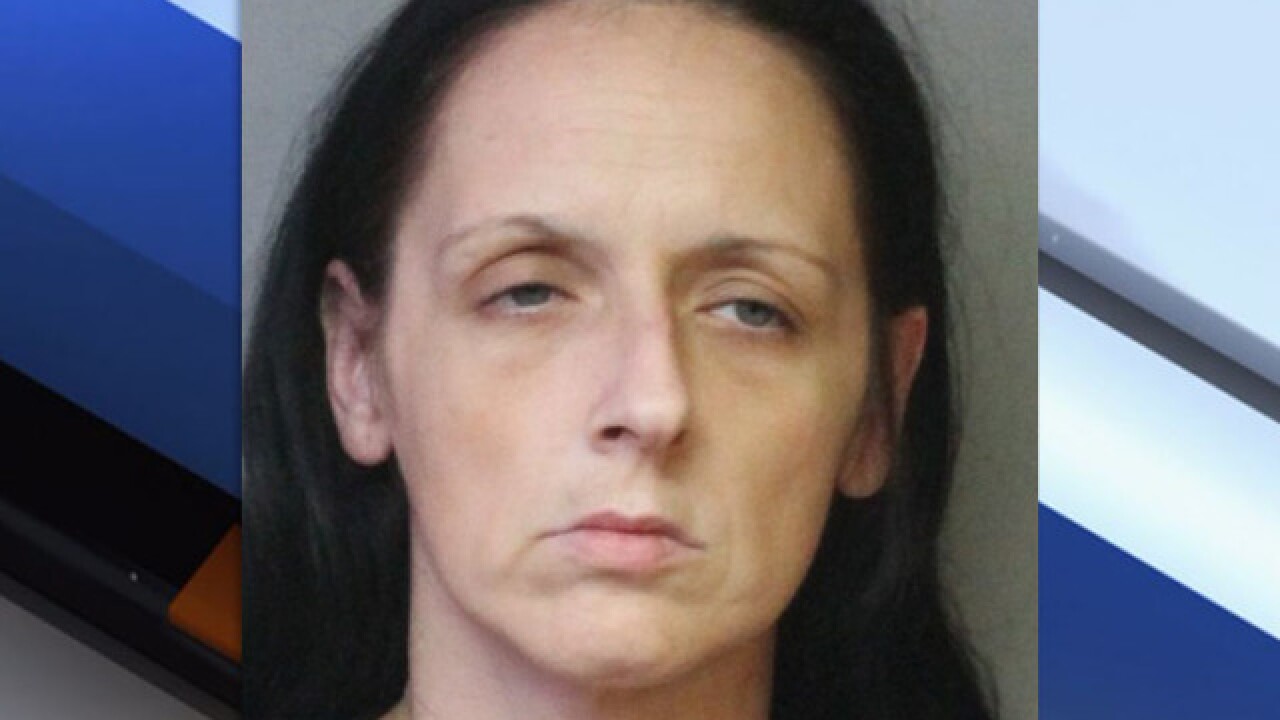 POLK COUNTY, Fla. — A Lakeland woman was arrested after deputies say she stole at least 10 identities.

Tara Thompson was arrested on June 26 during a retail theft investigation at Lowes on Highway 98 North in Lakeland when deputies learned she had an active warrant.

When she was arrested, deputies found eight credit/debit cards with different names in her purse.

She reportedly told detectives they were prepaid cards. When asked if she knew the names on the cards, she said one person lived at her house and the others were mailed to her address.

Detectives made contact with ten people who they say did not know or give permission to Thompson to have their personal information.

She admitted to having stolen merchandise at her home, including a Walmart merchandise scanner, an anti-theft device countermeasure tool, an activated Staples Card which belonged to one of the victims, and a home video surveillance system.

She was charged with unlawful possession of personal ID (5 or more), criminal use of personal ID, Grand Theft, and scheming to defraud a financial institution.

"I appreciate the hard work of our investigators in this case to hold Ms. Thompson accountable for her multiple thefts and fraud," Polk Sheriff Grady Judd said. "We are going to continue to work with our local retailers and financial institutions to fight retail theft and financial ID theft."

She has an extensive criminal history that includes theft and identity theft in four different states.