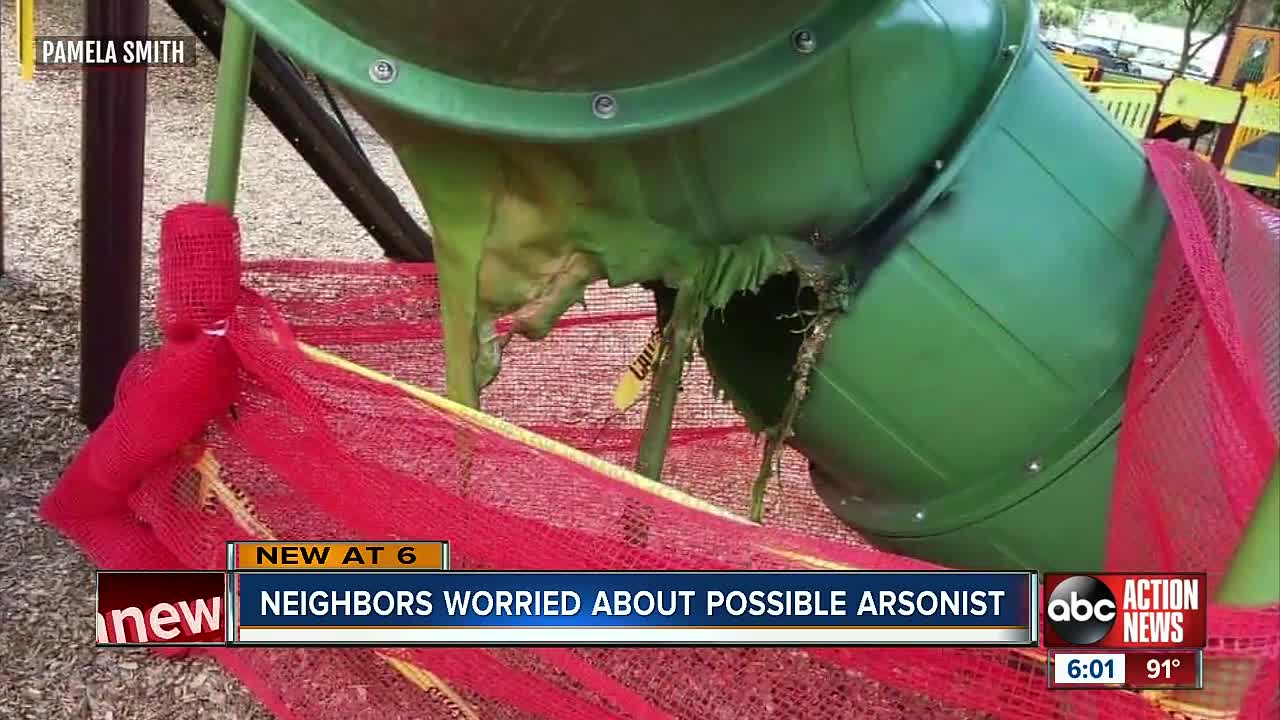 More than a dozen fires have been set in Lakeland. 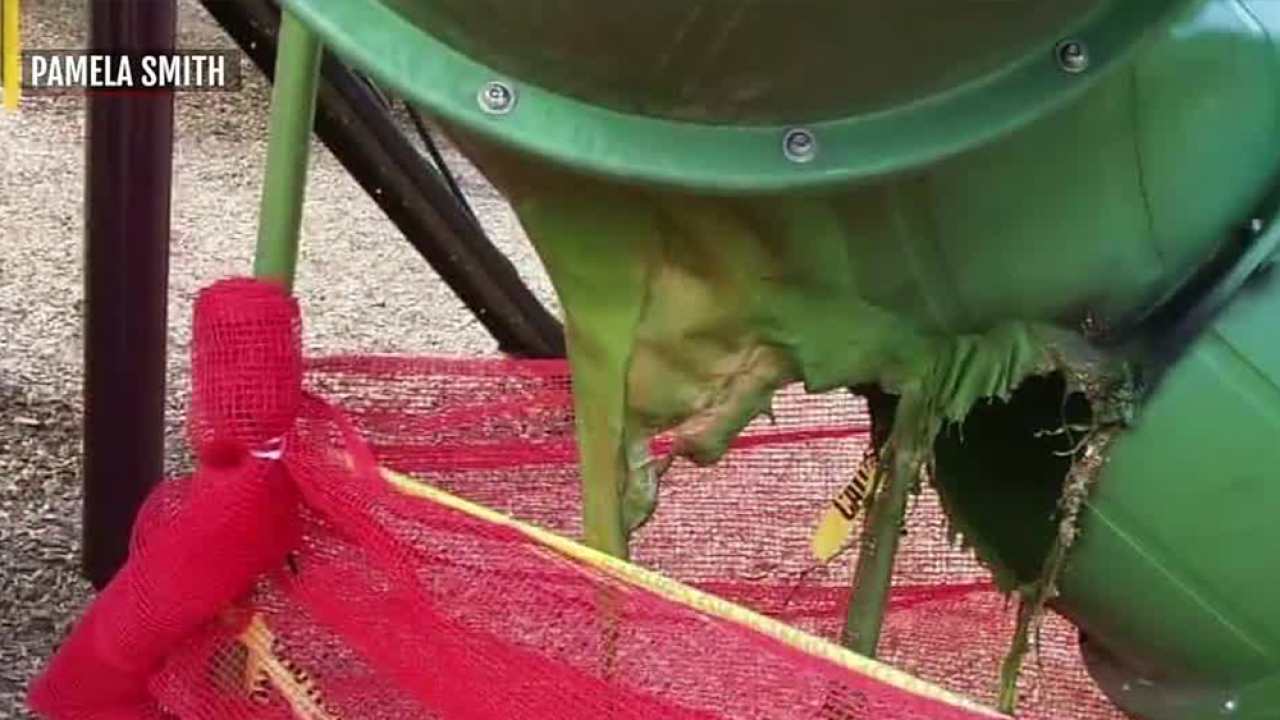 LAKELAND, Fla. — Dixieland residents are worried their historic homes are at risk.

According to Lakeland police there have been more than a dozen fires set in the last two weeks. Many of those fires have been set in alleyways, burning down trash cans, fences and spreading to trees.

The latest fire was set at Dobbins Park in Lakeland, where the arsonist destroyed a trash can and also destroyed one of the slides.

“To vandalize something like that, it’s not cool,” Clayton Watts, who was there as his young children played, said.

Reports show the fires began on June 12, 2019 when seven trash cans were set on fire in the early morning. The arsonist targeted streets along Belmar Street, Park Street, Hancock Street and Patterson Street.

The next fires were not lit until June 28 when the arsonist went along Florida Avenue, Citrus Lane, Hancock Street and Orange Street setting another six trash containers on fire.

According to neighbors, the person responsible has also been setting wooden fences on fire.

“The concern is a fence goes up, a house goes up and then two houses go up and then it could be pretty serious,” Jason Hagerman said. He lives in the historic district of Lakeland and says most homes there are more than 100 years old.

June 28, the arsonist(s) reportedly set five lawn chairs and a bed on fire which were in the back of a pickup truck.

“Young kids maybe, teenager,” Watts said. He guessed it could be kids on summer break, who are bored.

But Dixieland neighbors are worried it could become something more sinister.

“An adolescent that is dealing with something could turn into an arsonist,” Hagerman said.

Lakeland PD is searching for any leads. If you have any information, no matter how small, you are encouraged to contact detectives at (863) 834-6900