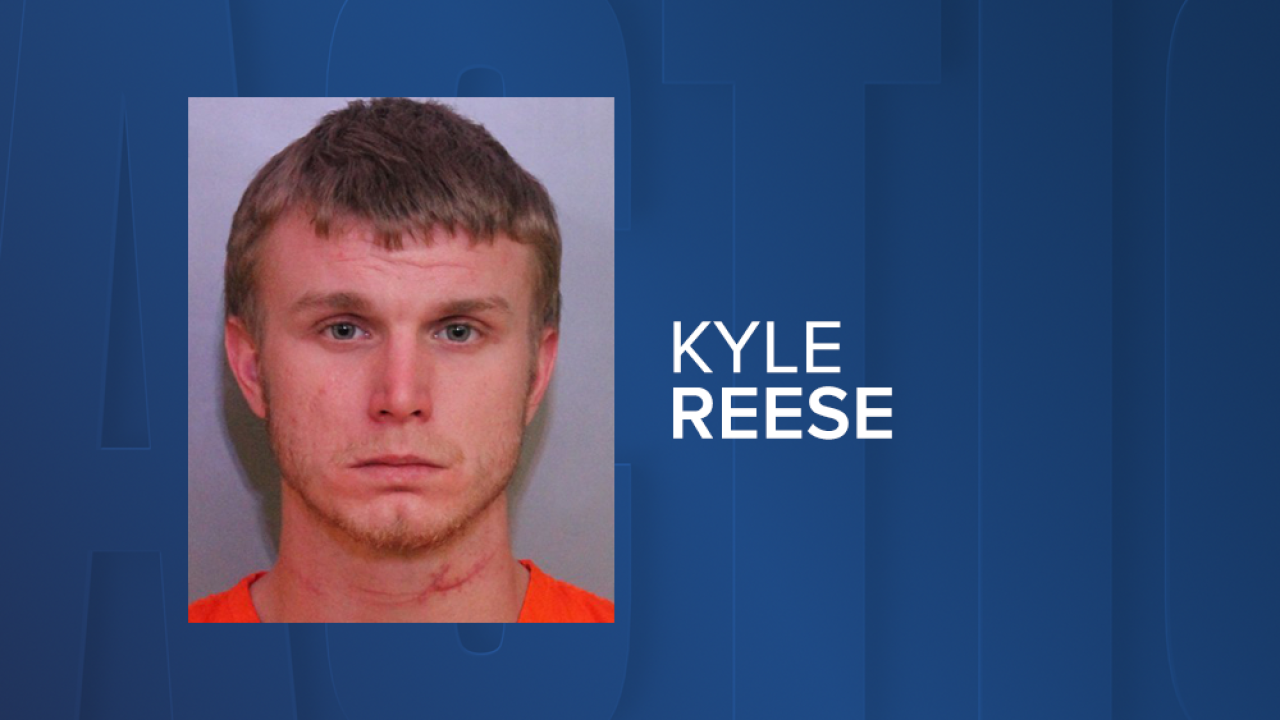 LAKELAND, Fla. — A Lakeland man was arrested for aggravated child abuse in the death of a 2-month-old baby.

Polk County officials said on Jan. 8, detectives arrested 26-year-old Kyle Reese for one count of aggravated child abuse in the death of a 2-month old. The incident happened in December 2019.

According to the affidavit, on Dec. 9, deputies responded to Reese's home on North Acorn Drive to an unresponsive infant call. Reese told first responders that he was home alone with twins and two other children.

He said he dropped one of the infants.

She was airlifted to Tampa General Hospital with multiple rib fractures, a skull fracture and severe bleeding on the brain. She died from her injuries on Dec. 12.

He then said the two children caused the baby to begin to fall off the couch, and while he was trying to prevent that, he dropped the one who was in his arms. As that baby fell, she fell head first onto the ground. He also said he may have fallen on top of her after she hit the floor.

The Hillsborough Medical Examiner performed an autopsy on the baby and found numerous bruises to the front, back and both sides of the baby's head, her back and her neck. She also had two skull fractures, hemorrhaging of the optic nerves and hemorrhaging down the spinal column.

Three of the baby's ribs were fractured and mostly re-healed, indicating they happened previously and not during the Dec. 9 incident. The cause of death was ruled cranial cerebral and cervical trauma, and the manner was ruled a homicide.

The medical examiner and detectives determined that Reese's statements were not consistent with her traumatic and fatal injuries. It was also noted that her autopsy determined her injuries could not have occurred from a fall.

On Dec. 13, Reese was hospitalized with self-inflicted injuries. When he was released, he was taken into custody without incident and booked into the Polk County Jail.