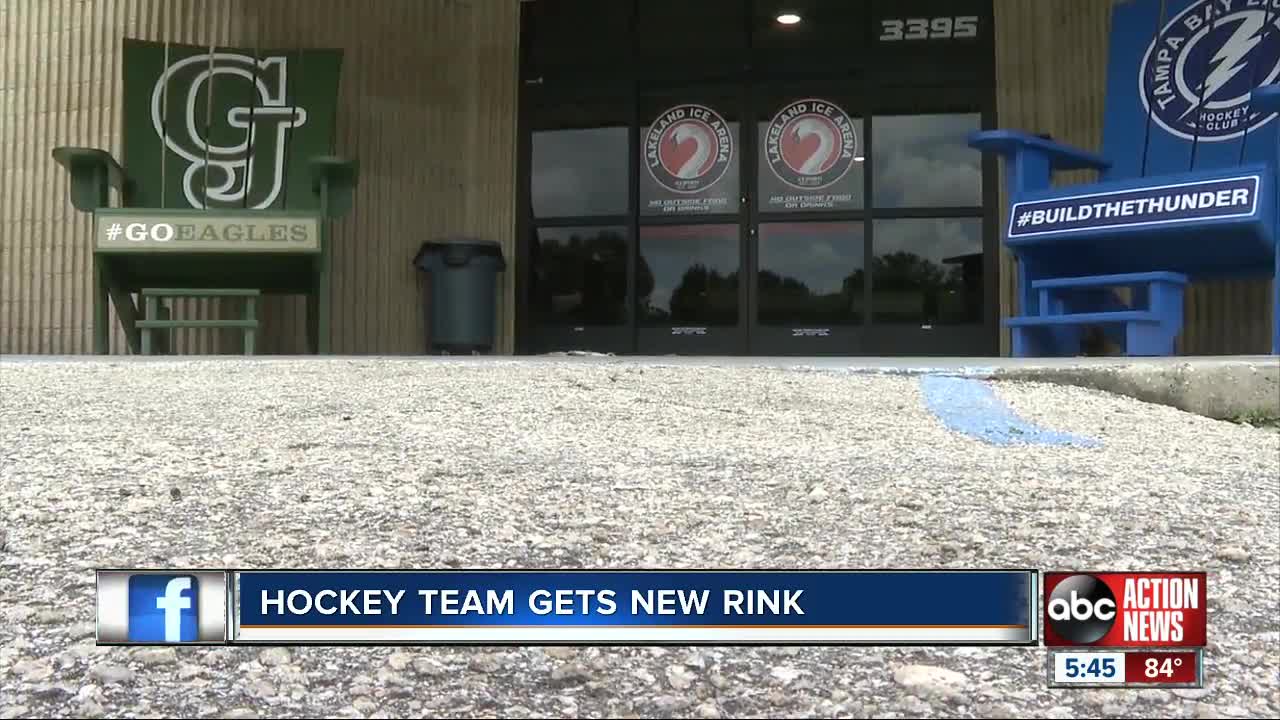 Home at last. The George Jenkins High School hockey team will play on its own ice for the first time in 18 years. It’s all thanks to a brand new arena in Lakeland, which opened up earlier in September. LAKELAND, Fla. — Home at last. The George Jenkins High School hockey team will play on its own ice for the first time in 18 years, and it’s all thanks to a brand new arena which opened up earlier in September.

Lakeland Ice Arena, a project owner Paul Granville says is far from over, was a $5 to 6 million investment.

Granville says he did it for his son.

Once a longtime bowling alley, Granville has flipped the large property into an arena for Polk County to share.

However, it’s home to only one hockey team — the Eagles.

Burnette has been playing roller and ice hockey since seventh grade, 100% of his career and all of his practices have been at least an hour drive away. This year though, Burnette will play his very first home game as a senior.

Sitting in a brand new locker room splashed with green and gold jerseys, Burnette said his pride is overwhelming. He’s not going to let his nerves get the best of him.

“I feel like there is going to be a little bit of pressure especially from the students, especially coming out and watching us for the first time. We definitely want to get the win," he said.

Coach Joseph Niemas said he’d be lying if he didn’t have game jitters. For Niemas, this will also his first home game in Lakeland while coaching the Eagles. Niemas has been coaching for the past eight years.

“They hide it well. I know they are nervous. I’m nervous and I’m not even playing tonight. I had trouble sleeping last night,” he said.

Three-hundred parents, fans and students are expected to fill the stands for the opening game. But, Niemas said the new arena is drawing in more than just crowds, he’s says its also bringing in more recruits.

Niemas said recruiting was a challenge in the past, trying to convince players and parents to drive an hour to practice, and even longer to games didn’t go over well. But now that the rink is right in town, he’s recruited a dozen more players.

“This area has so many good athletes that being able to support another team or another sport this is the perfect place for it," Niemas said.

The Lakeland Ice Arena is located at 3395 W. Memorial Boulevard in Lakeland.