Lakeland boy, 6, dies after ATV driven by another child flips over 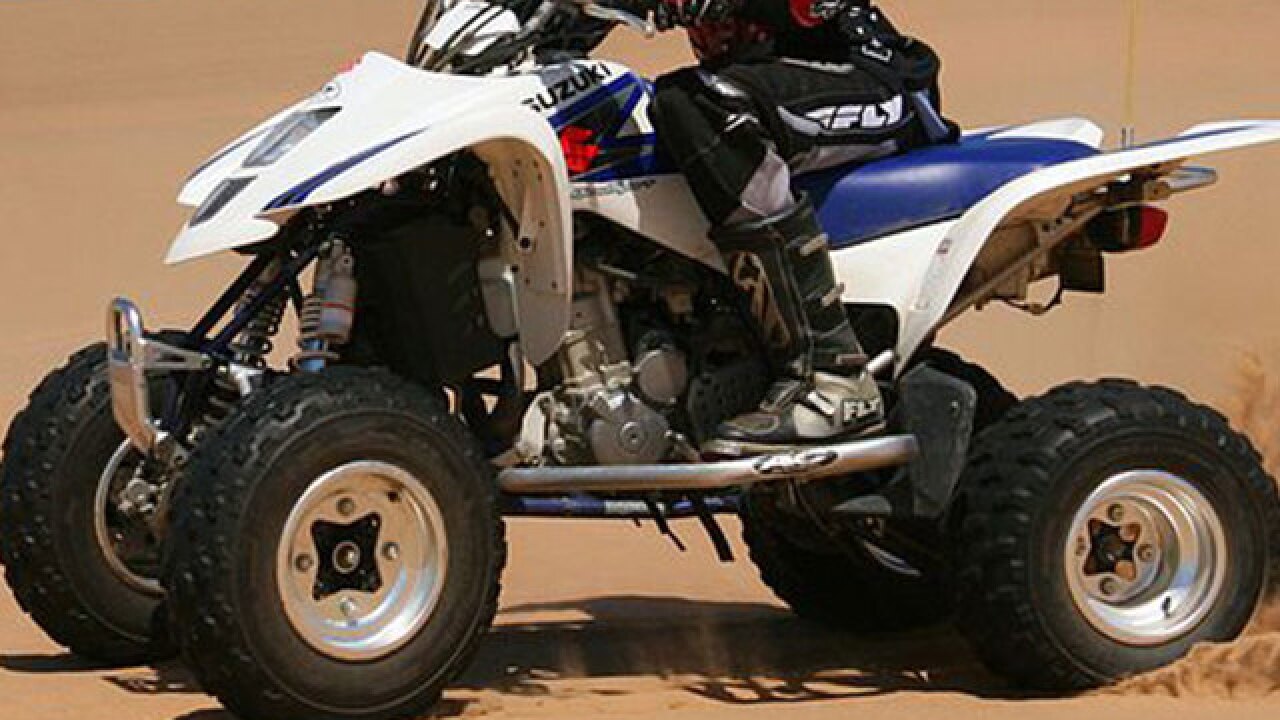 LAKELAND, Fla. (AP) — A 6-year-old boy has died after an all-terrain vehicle driven by another child flipped and fell on him.

The Ledger reports that Clayton McLaughlin was pronounced dead at a Tampa hospital Sunday.

According to the Polk County Sheriff’s Office, Clayton’s family brought him to a fire station after the crash.

Investigators said Clayton was a passenger in an ATV being driven by an 8-year-old boy. The boys were riding on a dirt track in Lakeland when the ATV struck two dirt mounds and flipped onto its side.

The ATV landed on Clayton. Authorities said he suffered “massive head injuries.” The 8-year-old driver was not injured.

Authorities said the boys initially wore helmets but removed them after taking a break and did not put them back on.