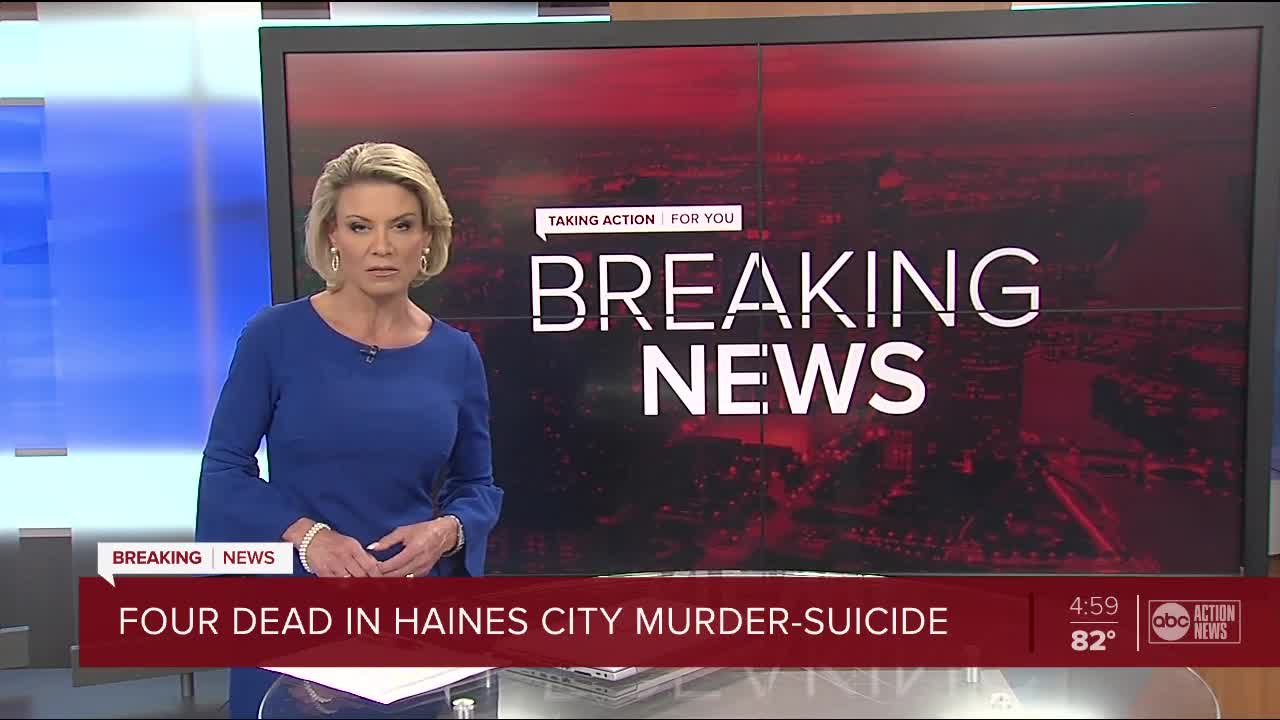 A murder-suicide is under investigation after a man shot and killed his wife and their two children at a home in Haines City Monday afternoon.

HAINES CITY, Fla. -- A murder-suicide is under investigation after a man shot and killed his wife and their two children at a home in Haines City Monday afternoon.

According to the Haines City Police Department, 43-year-old Mark Joseph told dispatchers he had shot his wife and children. Joseph told the dispatcher that he plans to shoot himself and the door will be unlocked.

When police arrived at the home, officers found Joseph and three others dead. The man's wife, 43-year-old Marie Joseph, the couple's two sons, 18-year-old Darren Joseph and 14-year-old Markus Joseph, were all found dead at the home with gunshot wounds.

The deadly shooting is under investigation. Mark Joseph had been working at the Ford warehouse in Davenport and was also with the Allied Universal Security Services, according to Haines City PD.