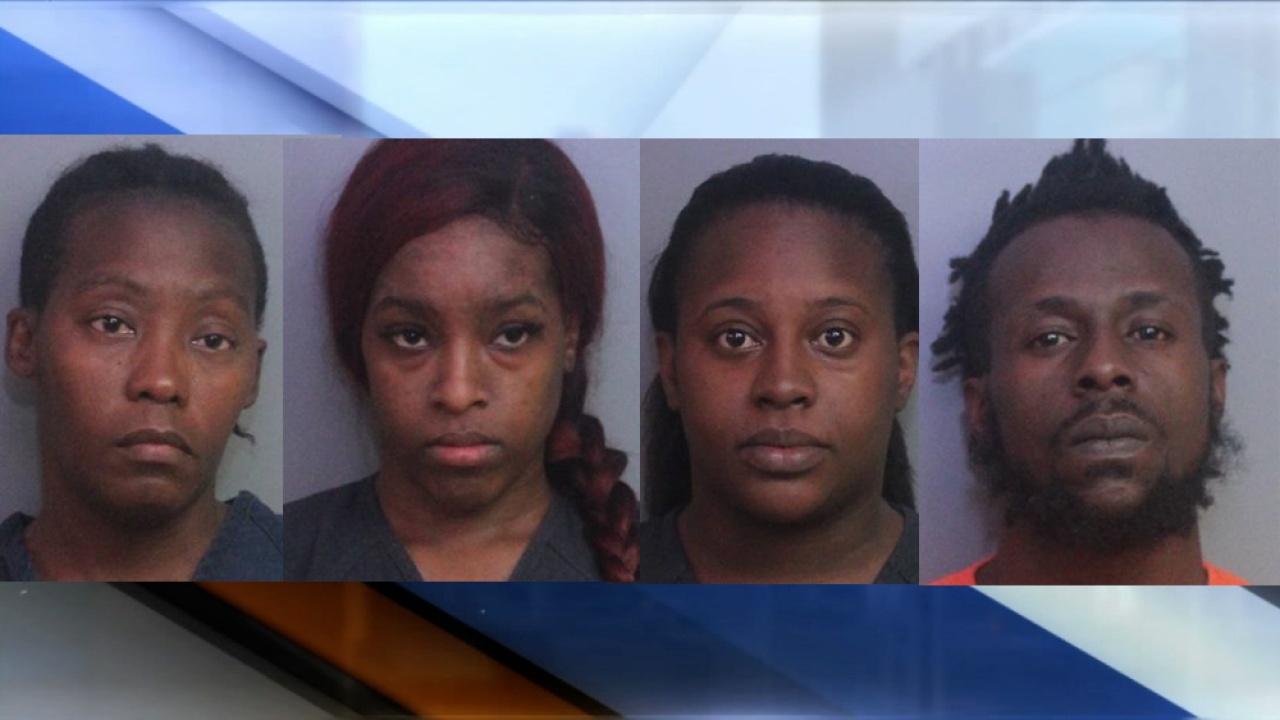 WINTER HAVEN, Fla. — A South Florida Department of Corrections Sergeant, along with members of her family, have been arrested after police say they attacked her daughter's boyfriend because they didn't approve of the relationship.

On Thursday night, Winter Haven Police responded to the home of 18-year-old Tyrique Laskett and his girlfriend, 18 year-old Ja’raia Farlow after calls were received that a large fight was occurring with baseball bats, guns and knives. When they arrived, they found Laskett with injuries to his head, face and upper body. The group of suspects had left the scene before authorities arrived, however were located a short distance away in a Publix parking lot and taken into custody without incident.

"It's known that Ora did not approve of Ja’raia and Tyrique dating and living together which is why the family responded to the residence," Winter Haven Police wrote in a press release.

The daughters boyfriend stated during a sworn interview that the father and his girlfriend, approached the front door and knocked. When he answered the door the fathers girlfriend struck him on the left side of his head with a silver baseball bat.

According to police, the father and his girlfriend began grabbing his daughter, pulling her outside with them against her will. The father began to physically batter the daughters boyfriend while still trying to get his daughter into their vehicle.

Once the physical fight began on the front porch, the aunt got out of the family's vehicle and began striking the daughters boyfriend, along with the other members of the family.

While the fighting was occurring Sergeant Quatisha Farlow went into her vehicle, that had her 12-year-old son inside, and retrieved a black Glock handgun, police say. She then pointed it at her daughters boyfriend "against his will along with multiple others putting him in fear," according to the arrest report.