LAKELAND, Fla. — UPDATE | Ronny Rosario has been located and is safe.

The Florida Polytechnic University Police Department is asking for the public's assistance in searching for a missing 23-year-old student.

Ronny Rosario, 23, was last seen by his roommate at 1:00 a.m. on Monday. Police say his sister reported him missing Monday night after not hearing from him since Saturday.

According to police, Rosario didn’t show up to work on Tuesday and there has been no activity on his cell phone since early Monday morning. 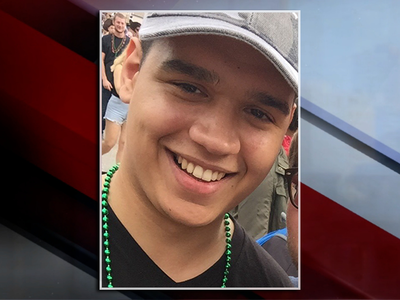 They believe Rosario is either on foot or left by other means because his vehicle is still properly parked on campus in Lakeland.

Florida Poly Police say other local law enforcement agencies are assisting in the search for Rosario. The Sheriffs’ Office bloodhound unit and helicopter were used on Tuesday to search campus surroundings. A mounted unit will be used to check high brush areas on campus on Wednesday.

If you have any information about Rosario or his whereabouts you are asked to call the Florida Polytechnic University Police Department at 863-874-8472.