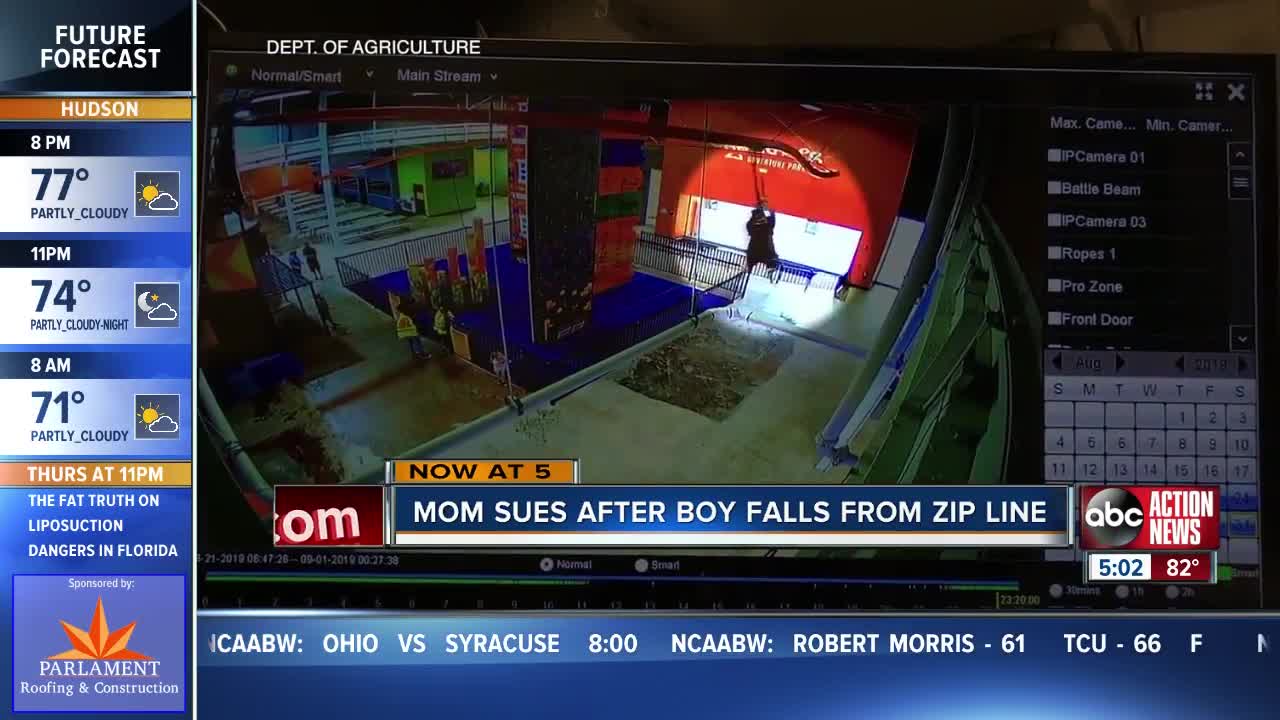 A lawsuit was filed Monday by the mother of a 10-year-old Lakeland boy who suffered serious injuries when he fell from a zip line at the Urban Air Adventure Park in September. 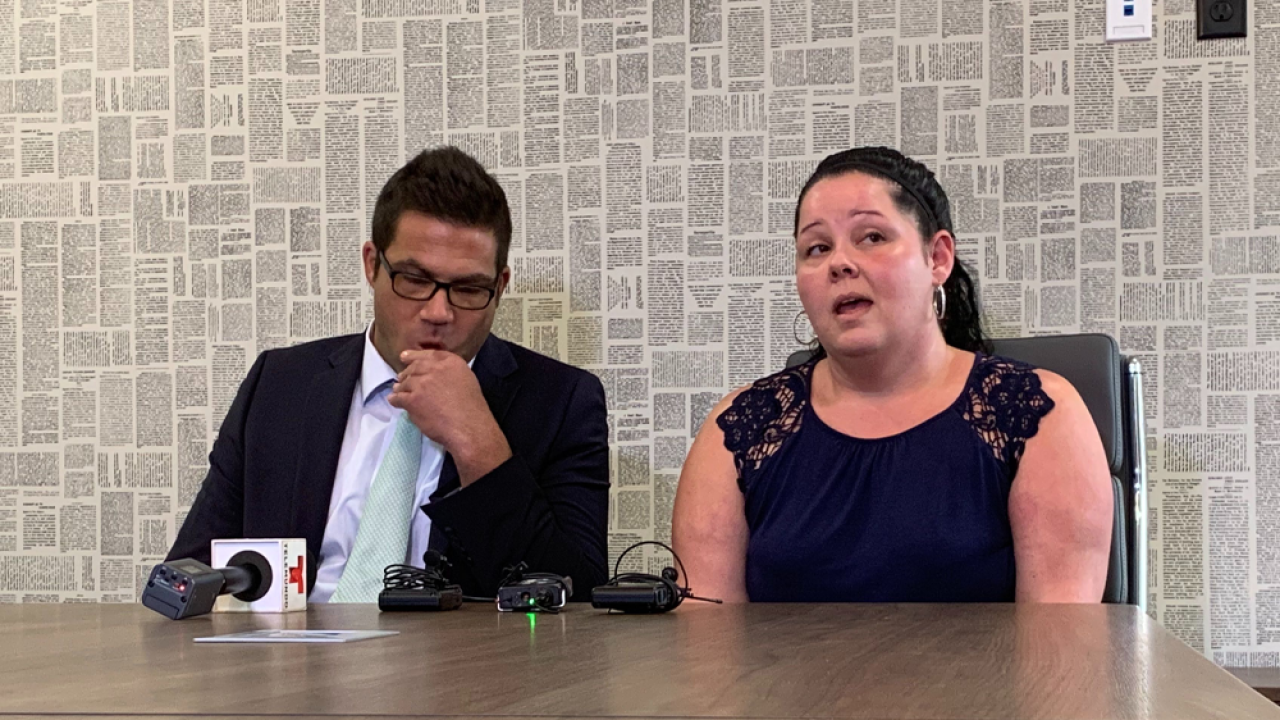 LAKELAND, Fla. — While a 10-year-old boy is still recovering after a dangerous fall from a zip line at the Urban Air Adventure Park in September, his mother is warning others.

Kimberly Barnes filed a lawsuit against against the company that owns the Lakeland facility, UATP Management, on Monday. She says employees were negligent and didn’t fasten her son into the harness on the "Sky Ride" properly.

Her legal team also alleges a design flaw with the harness.

In a press conference on Tuesday, Barnes and her attorney Steven Capriati, with Morgan and Morgan, addressed the media.

The mother recalled when she got the frantic phone call on Sept. 1.

“He had fallen, there was a very high fall,” Barnes said.

The lawsuit says her son fell more than 20 feet. Video from inside the facility shows the 10-year-old falling into a hard concrete floor.

He was airlifted and suffered serious injuries, including several broken ribs, a collapsed lung and head injuries.

Two months later, Barnes says her son is still struggling to go to school and fighting for normalcy.

In a 911 call ABC Action News obtained Tuesday, two employees called for help saying the boy had fallen off the zip line and needed an ambulance.

Although awake and lucid, the boy can be heard in the background of the call screaming in pain. He's heard complaining of back, foot and head pain.

“He is in danger and do not splint any injuries. Reassure him help is on the way,” the dispatcher says.

In the lawsuit, Barnes is asking for at least $15,000 in compensation to pay for medical expenses and any other ongoing issues her son may deal with.

Urban Air is fully committed to the uncompromising safety and well-being of our guests and employees. As a family-owned and operated company, safety is at the heart of everything we do. We take matters of this nature very seriously and can assure that appropriate measures have been taken. All staff members have been retrained on all attractions and the employees in question are no longer with us. We are thankful to hear that the child is back in school and we will continue to keep him and his family in our thoughts and prayers through his full recovery.

Attorneys say mats or netting could have been used to brace anyone’s potential fall.

Barnes says watching the video made her realize the severity of it all.

“It was like a punch in the gut, just unbelievable,” she said.

ABC Action News also uncovered this is not the only lawsuit filed against Urban Air Adventure Park in Lakeland.

This year two other families also filed suit against the park claiming their children were hurt as a result of negligence inside the Lakeland park. In the documents, it says the children hurt themselves in different areas of the park, not the zip line.

ABC Action News has reached out to Urban Air regarding these lawsuits but have not heard back.