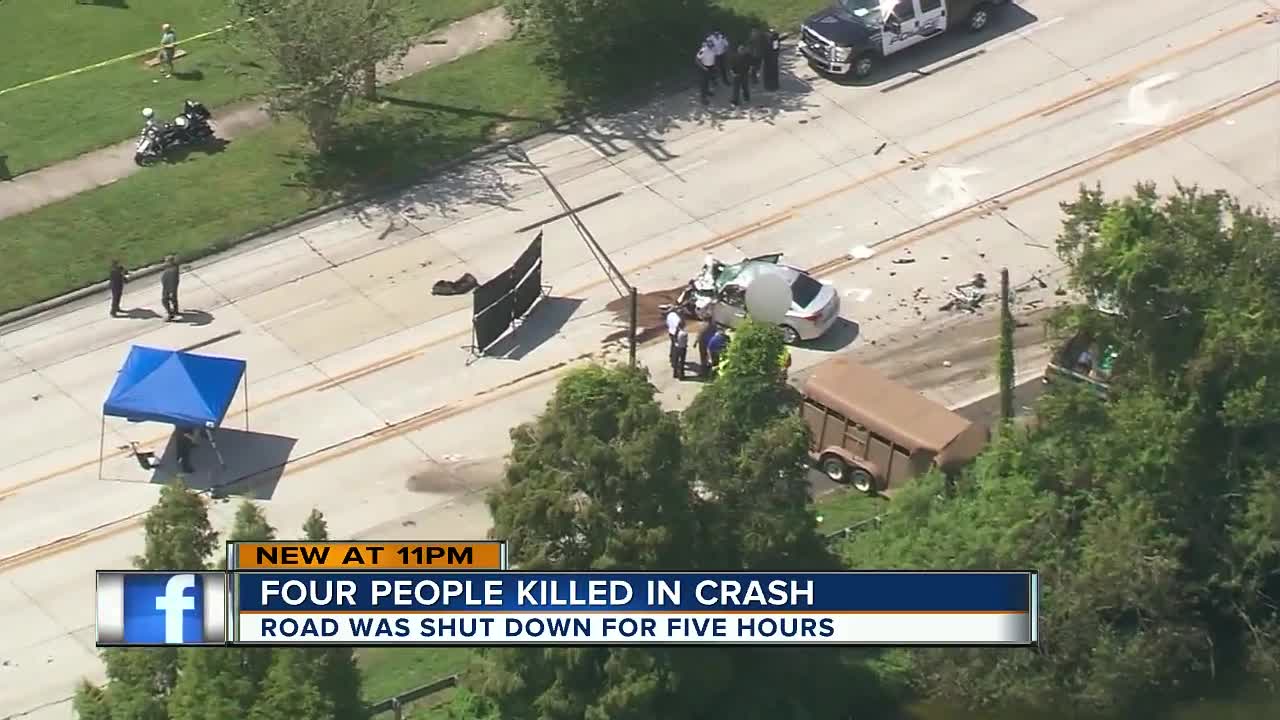 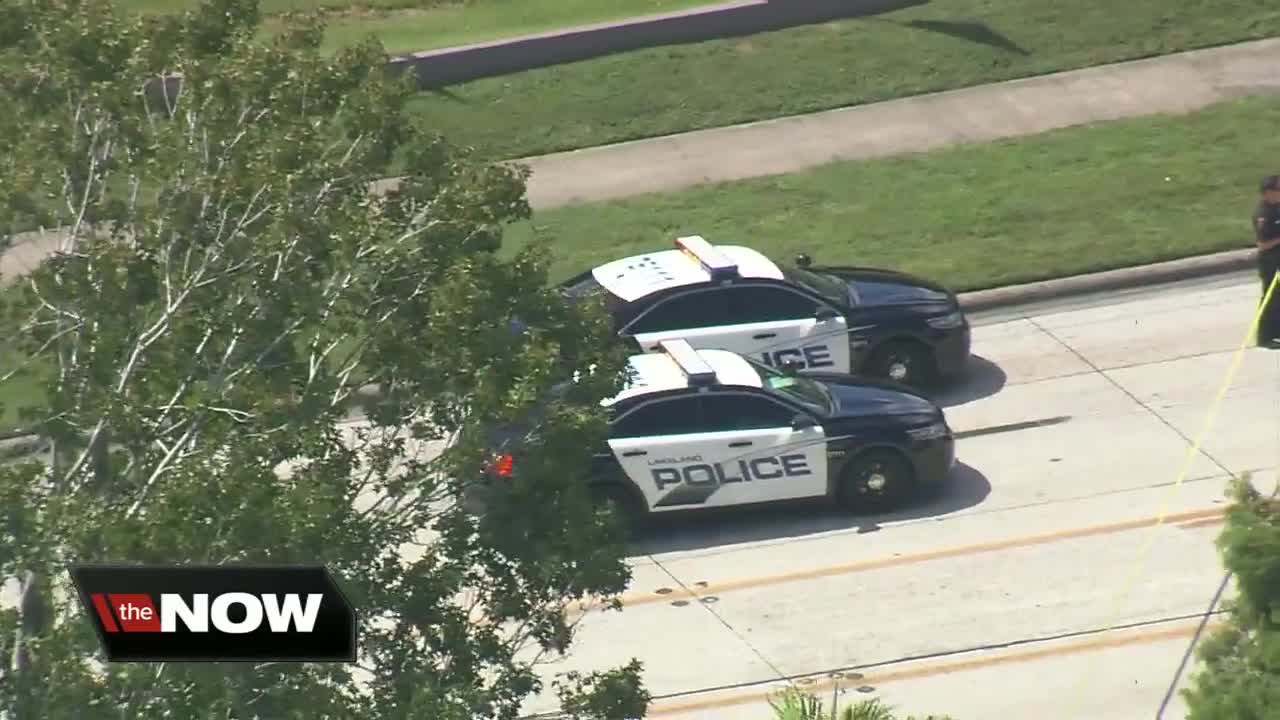 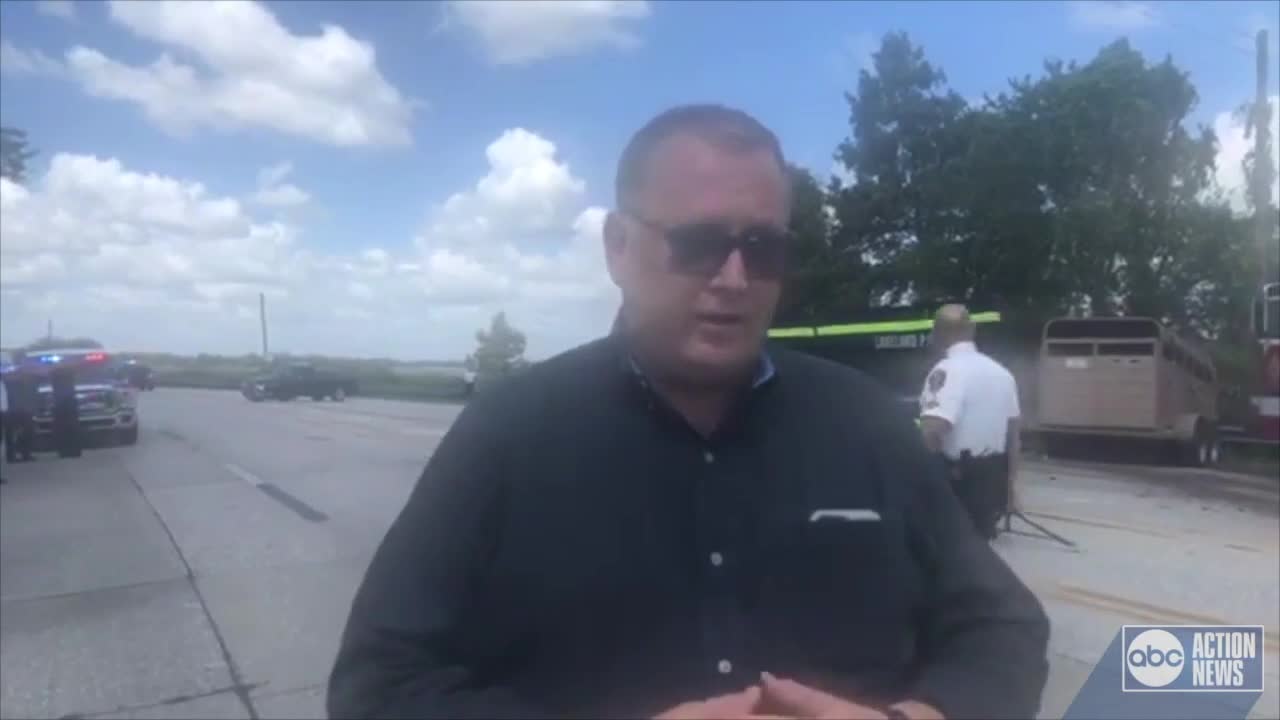 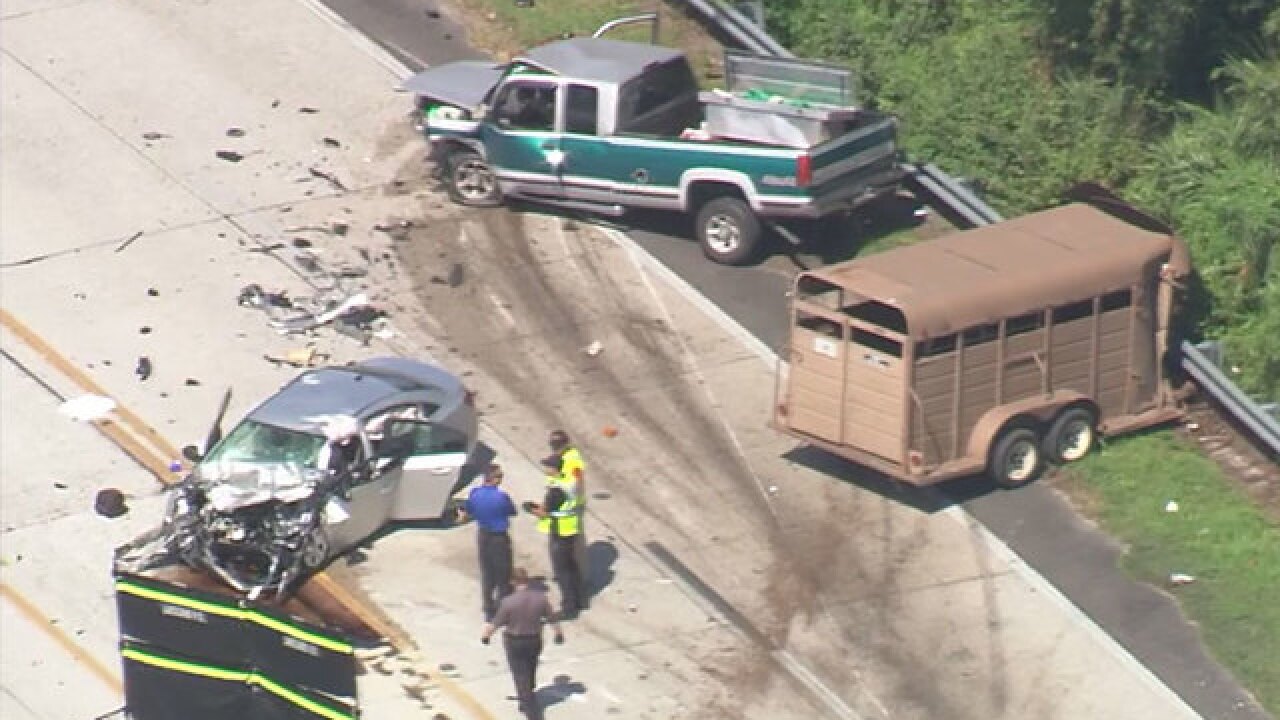 According to the Lakeland Fire Department, the crash occurred around noon at the intersection of E Memorial Blvd and Holly Rd.

Authorities say the sedan suddenly crossed over into the WB lanes and collided with the Chevy truck, then the Ford truck.

"They cut the roof off then the car just broke in two. Once they removed the roof to remove the people the car just split into two pieces," said Diane Durrance who works at Advertising Signs.

Nearby business owners heard the impact of the crash.

"It was an unbelievable noise. No one had ever heard anything like that it was just a head-on collision, really bad," said Durrance.

In their tweet , officials said three people were pronounced dead on the scene and another person was sent to Lakeland Regional Hospital where they succumbed to their injuries. All four people who died were in the silver sedan, authorities say.

The driver of the sedan was identified as William McClelland, 50.

The other passengers killed were identified as Ernest Manley, 88, Lisa Vorholzer, 54, and Linda Henson, 66.

The driver of the truck was taken to a hospital as a precaution.