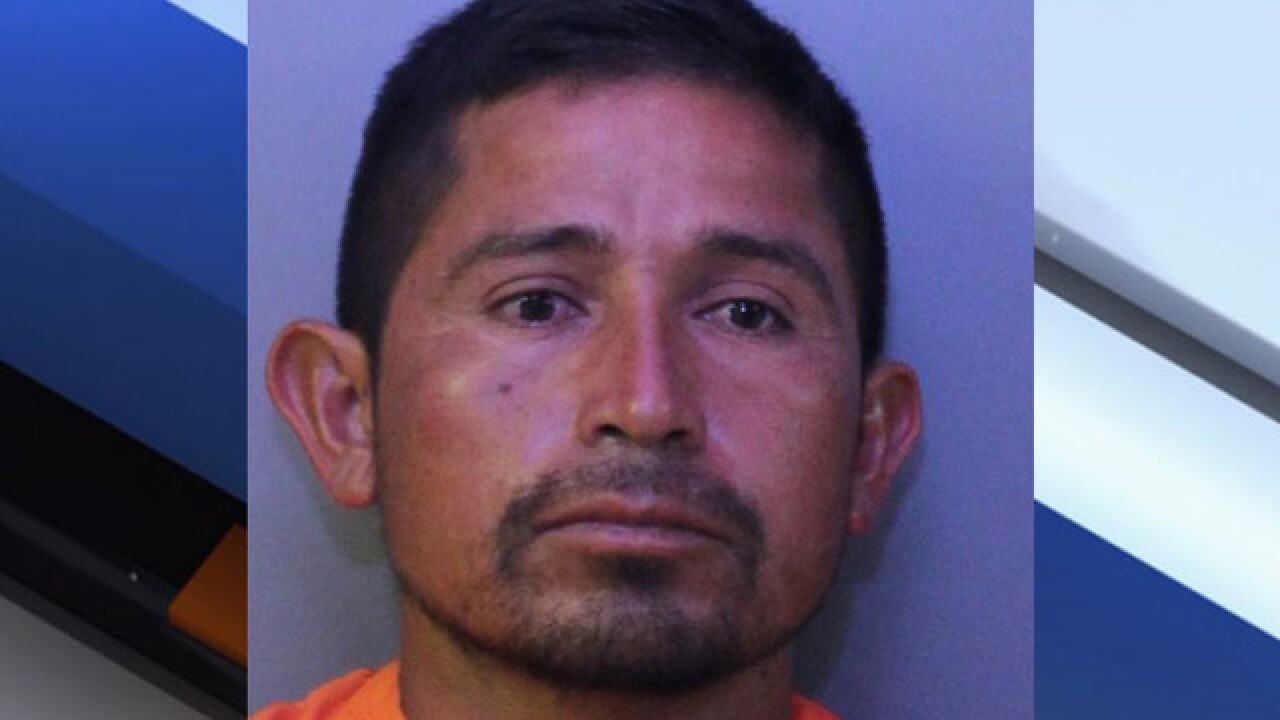 MULBERRY, Fla. — A man living in the U.S. illegally was arrested in Polk County for sexual battery on a 16-year-old girl.

Jesus Ramirez-Velasco, a 31-year-old man from Mexico, told detectives he knew what he was doing was illegal but claims the girl is the one who asked for sex from him.

Ramirez-Velasco was reportedly the boyfriend of the girl's mother. The victim told investigators that he was the one to initiate sexual contact with her in mid-December against her will.

Detectives say the 16-year-old told them Ramirez-Velasco threatened to harm her mother if she didn't have sex with him again.

"A crime such as this against a child is heinous; to blame the victim for his behavior is appalling." Sheriff Grady Judd said.

Ramirez-Velasco was charged with 20 counts of Sexual Battery of Custodian Victim over 12 (F-1).

He was arrested by the U.S. Immigration and Customs Enforcement (ICE) in 2008 and deported, but he returned illegally. The Polk County Sheriff's Office notified ICE of Ramirez-Velasco's current arrest and charges.