2 dead, including 9-year-old, and another in critical condition after 3-car crash in Haines City 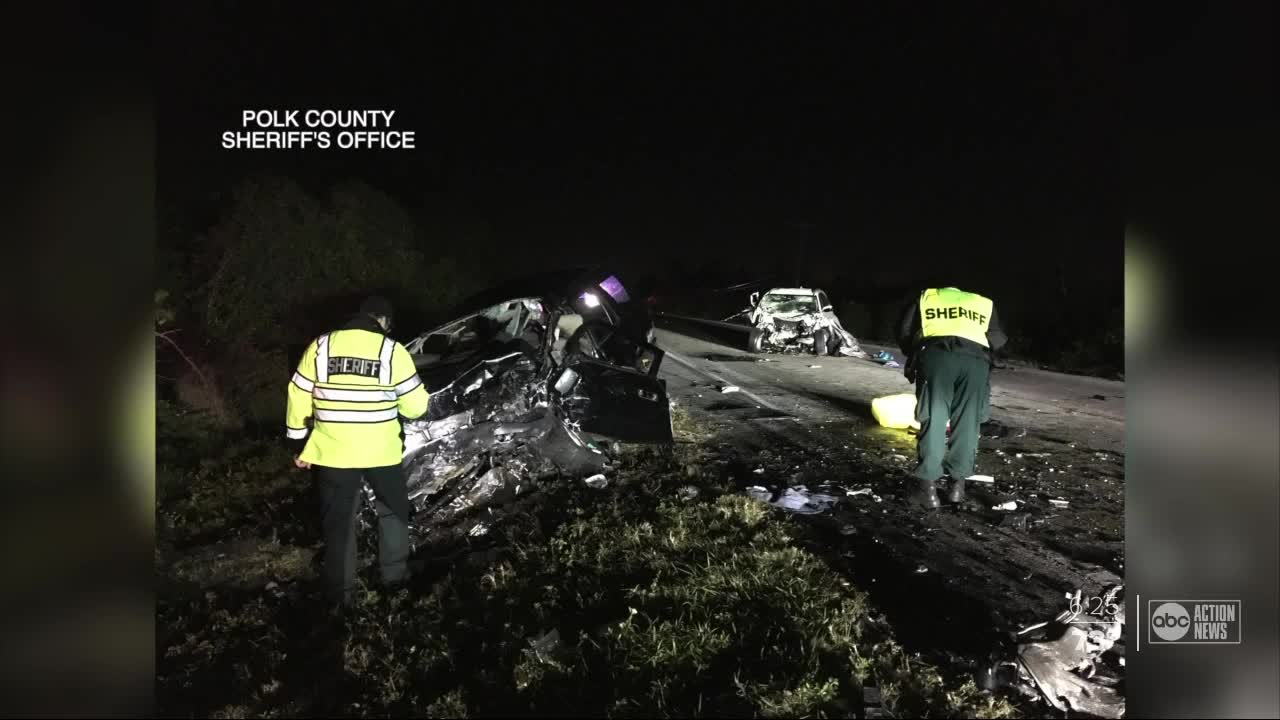 Two people are dead and another is fighting for their life at the hospital after a three-car wreck in Haines City Saturday night. 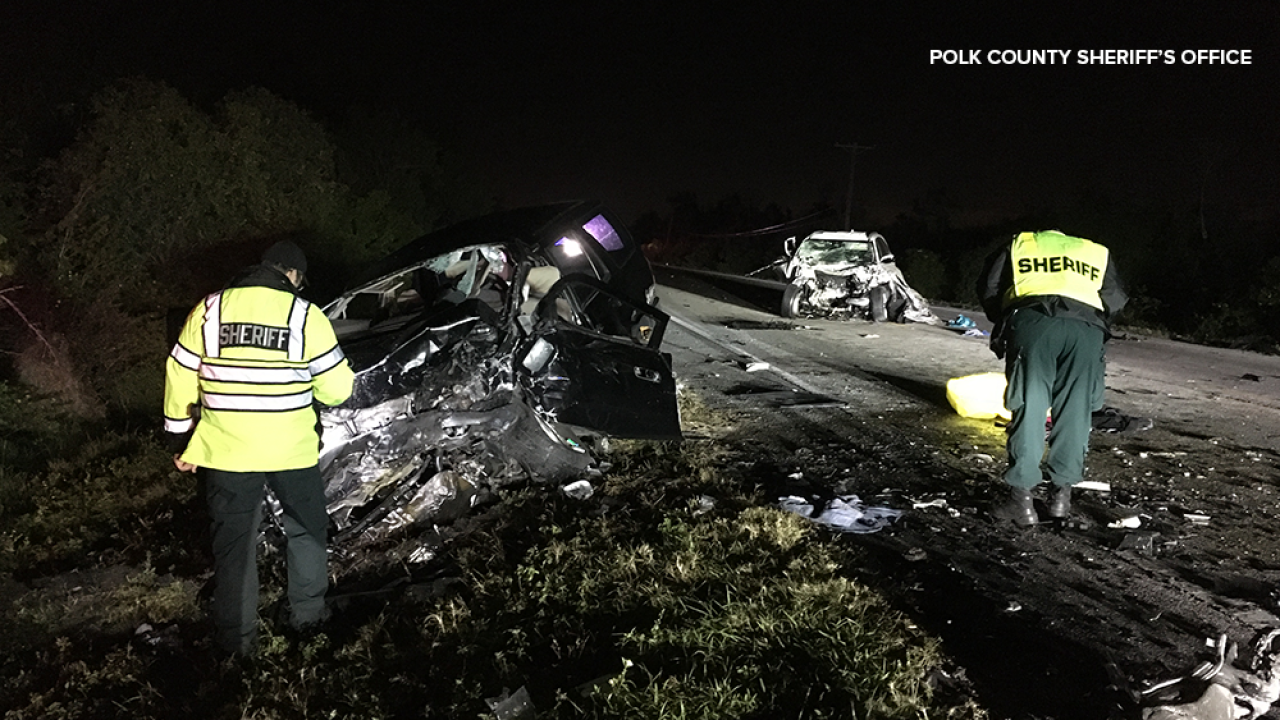 POLK COUNTY, Fla. -- Two people are dead and another is fighting for their life at the hospital after a three-car wreck in Haines City Saturday night.

The Polk County Sheriff's Office responded to a call of a crash on U.S. 17 near Bates Road a little after 10:30 p.m. Upon arrival, deputies found the driver of a Kia Sorrento, who was later pronounced dead at the scene; the driver of a Ford Escape with minor injuries and the driver of a Toyota 4Runner, who was seriously hurt.

The driver of the Ford Escape was transported to the hospital and the Toyota 4Runner driver was airlifted to a different hospital and is listed in critical condition. A 9-year-old who was sitting inside the 4Runner was identified as the second person killed in the crash.

According to deputies, the Kia Sorrento hit a Ford Escape from the back, causing both drivers to lose control. The Kia Sorrento, as it crossed over into the southbound lane of U.S. 17, hit the front of the Toyota 4Runner in an angled head-on crash.

The driver of the Kia Sorrento, Keith Mitchell, aged 59, was not wearing his seatbelt, according to deputies. All three occupants of the 4Runner were wearing their seatbelts, deputies said.

Excessive speed, impairment, and driver distraction are not believed to be factors for the drivers of the Ford Escape and Toyota 4Runner, according to deputies. Speed is possible for the deceased Kia Sorrento driver, deputies believe.

Deputies do not expect criminal charges to be filed.