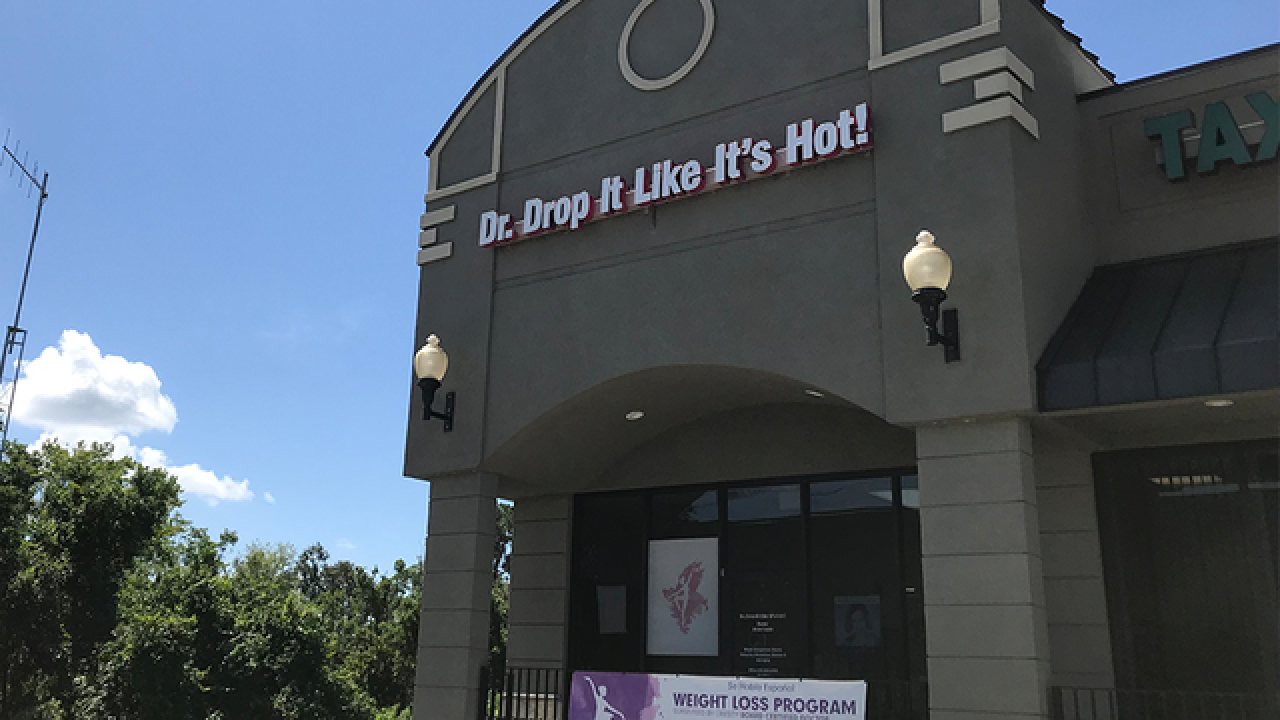 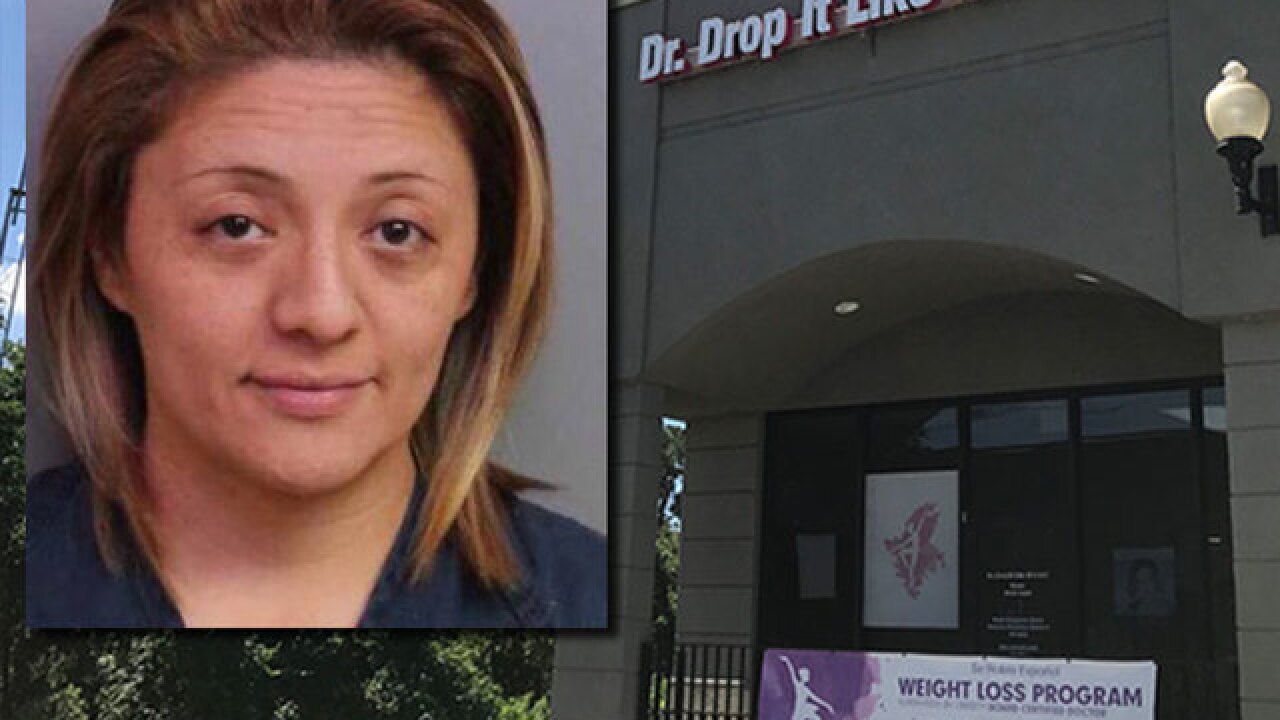 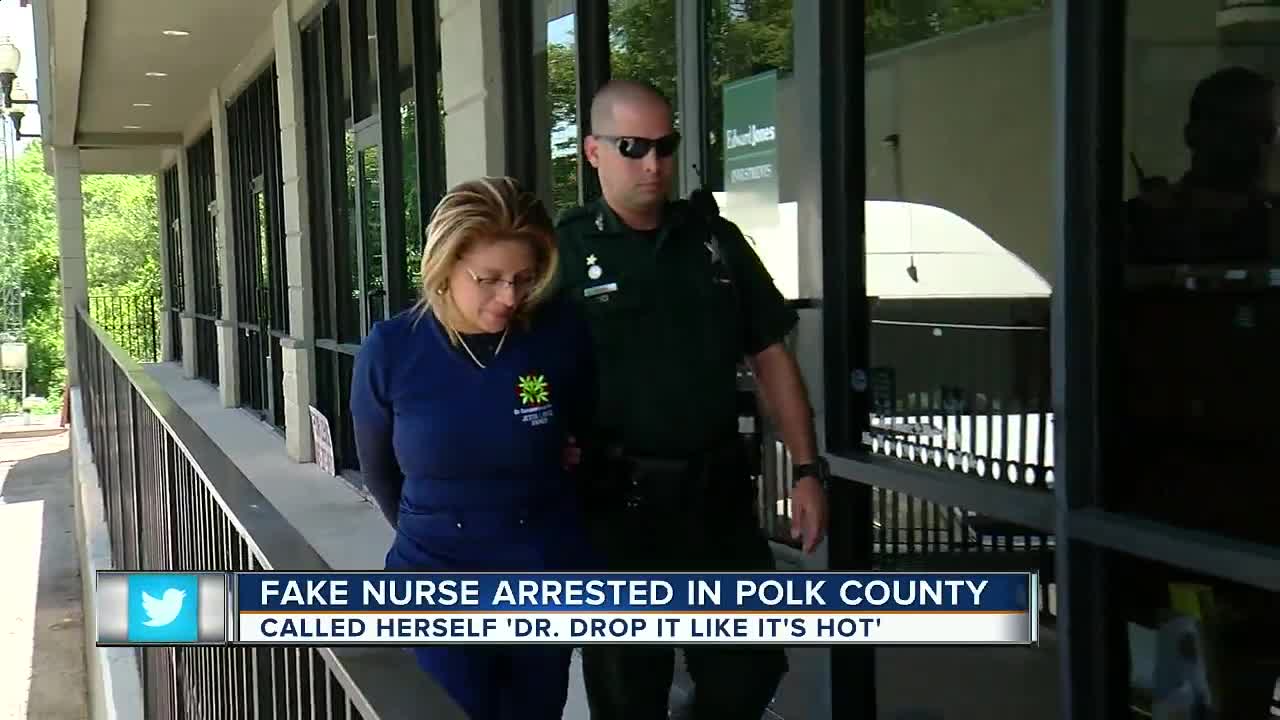 WINTER HAVEN, Fla. — Deputies in Polk County, working with the DEA and the Department of Health, have arrested a weight loss clinic employee who has been reportedly posing as a registered nurse and performing medical procedures without the proper medical degrees.

Jesusadelaida "Jesse" Lopez, 39, of Winter Haven, has been charged with six counts of unlicensed practice of health care.

Lopez worked at the "Drop It Like It's Hot" weight loss clinic located at 6356 Cypress Gardens Boulevard in Winter Haven. During her time at the clinic, Lopez worked with a licensed medical doctor, performed medical procedures herself and portrayed herself as a registered nurse, according to deputies.

Lopez does not hold any medical degrees.

Dr. S. Kamal Ashraf, M.D. was also arrested for one count of knowingly employing unlicensed persons in the practice of nursing.

Employees who work in the High Pointe Plaza, where the fraudulent clinic is located, say they knew something was off.

“You think it’s kind of fake,” Jenny Buchanan said. She works with Edward Jones, next door to the office who says just looking at the name, “Dr. Drop It Like It’s Hot,” seemed like a joke.

However, investigators weren’t laughing as they were hauling out evidence, including medical equipment, computers and files.

According to witnesses, the business has been in operation for about one year.

No one ever seemed to question the clinic because of how many patients the clinic was getting per day.

Jenny Buchanan says she would see a lot of patients go in daily, who seemed to be older.

“You do think somebody is putting other people in danger and that bothers me,” Buchanan said.

“This is a fake place and people have been taken advantage of,” Judd said.

ABC Action News found a picture of Jesse Lopez on Facebook, smiling with the sheriff — which was just posted about six weeks ago online.

The same smile in her picture, could be seen as she was escorted out by a deputy to a patrol car on Tuesday.

So far, the sheriff says no one has come forward complaining of any procedures gone wrong.

“Oh my gosh, I am going to be checking out everything about any new doctor that I go to see now. It really does make you think twice,” Buchanan said.

The office was also handing out medical marijuana cards, which is also under investigation.