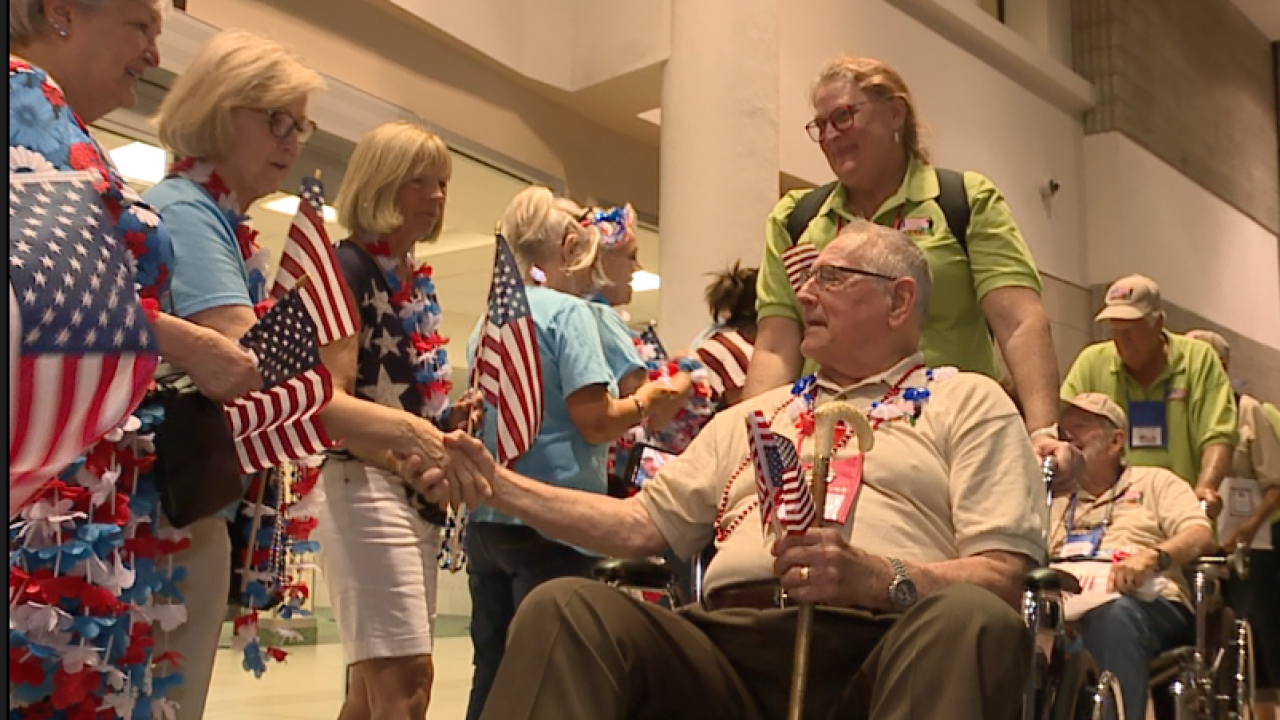 “It’s overpowering. The whole day is overwhelming really, and no matter what your expectations were, it was way beyond anything you ever thought of,” Richard Heitzman said.

Heitzman fought in the Navy during the Korean War. He said they traveled from place to place in Washington DC in style.

“I don’t know if I could take another one. I think my heart would burst,” Heitzman said. “We had police escort took us right through traffic on rush hour and made all the cars go side to side, and we went right down the middle never stopped once. It blows your mind.”

There were 70 veterans on the flight that took off before the sunrise and landed just after sunset.

A long busy day but well worth it for Lee Suggs Air Force Veteran that served in Vietnam.

“It’s overwhelming you know the gratitude I feel for this day that this group has given me is beyond words, it’s unbelievable,” Suggs said.

The next honor flight will be October 22. Everyone from the public is encouraged to attend and cheer for the veterans. On the eve of 18th anniversary of 9/11, many people said this honor flight meant even more.

“My belly just pained,” Leroy Wolff said. “I try to use it as a time to celebrate. Cause really, we can all remember that’s when we were the most united. Obviously, what happened shouldn’t have to get us to that point we should be like that all the time.”