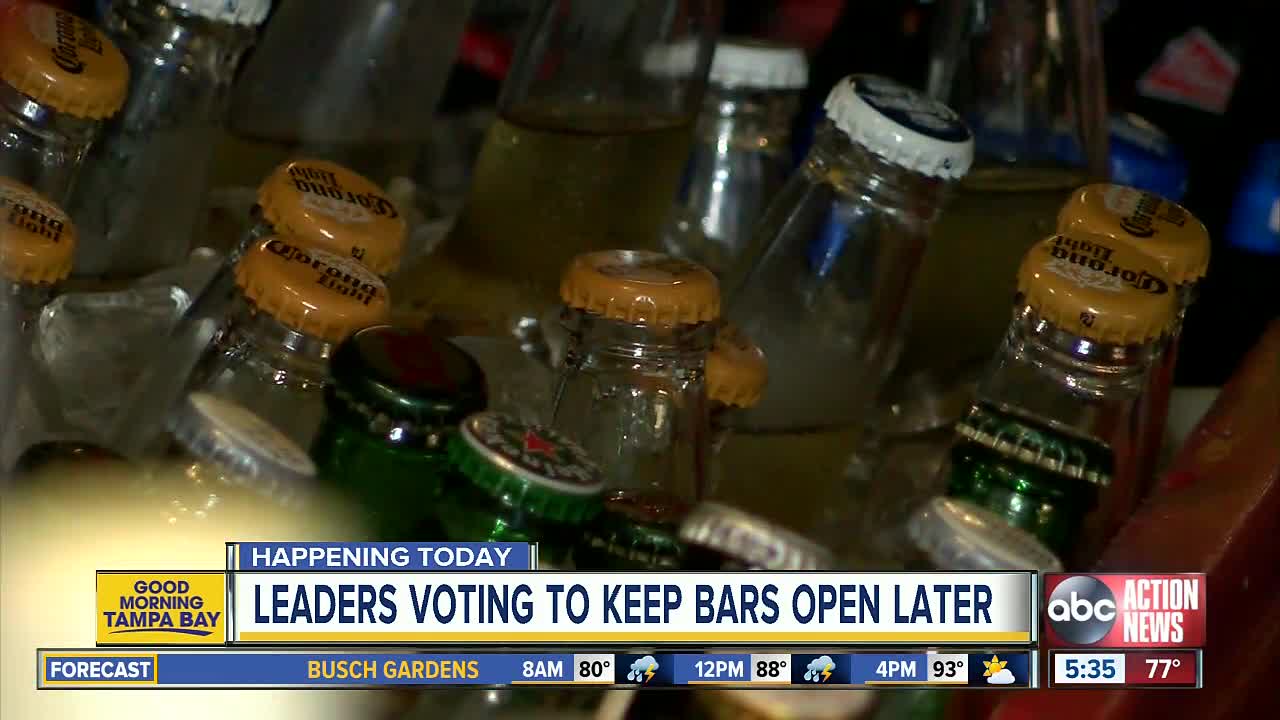 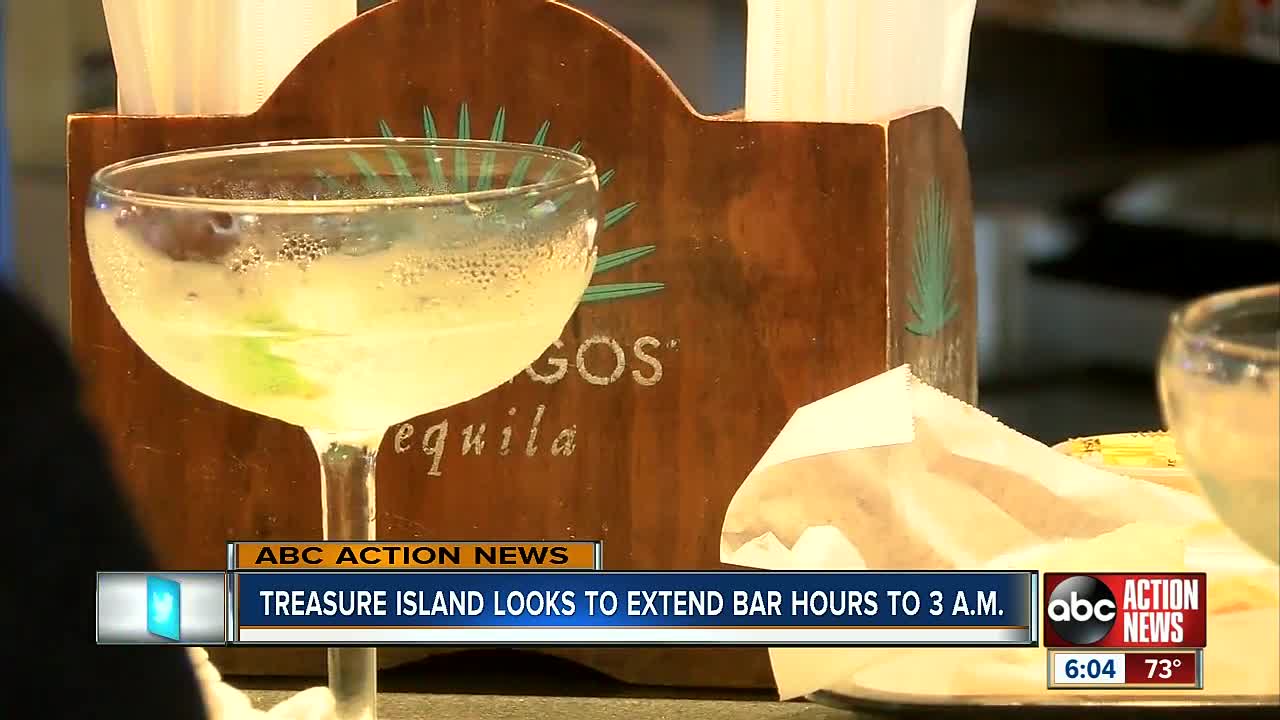 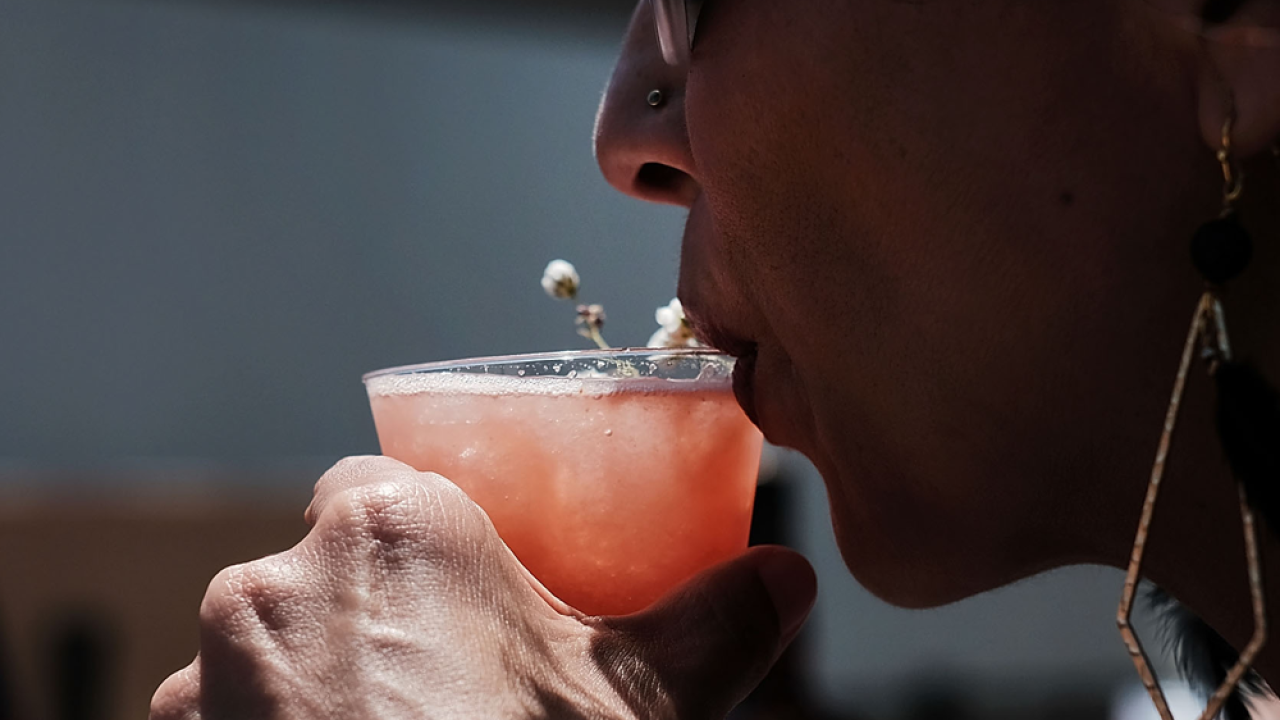 The bar is open from 11 a.m. to 10 p.m. on weekdays and 12 a.m. on weekends. Those hours might change, if Treasure Island commissioners approve a proposal to extend the drinking hours until 3 a.m.

“I don’t think it’s a bad idea because there are several other local bars in other beaches that stay open until 3 a.m,” said Butler.

Treasure Island business owners are losing that money because their customers will leave their bars early to make it to Madeira Beach or St. Pete Beach to drink until three.

“It’ll be nice to keep the [money] local,” said Butler.

She and a few others say keeping the bars open later could lead to more DUI arrests and crashes.

That’s the same concern some city commissioners had, until speaking with the Treasure Island police chief. He said there is no evidence that shows crime and accident numbers increased due to later drinking hours.

Commissioners will vote on the measure at their June 18 meeting. Treasure Island is one of the last cities in the Tampa Bay area to extend drinking hours.