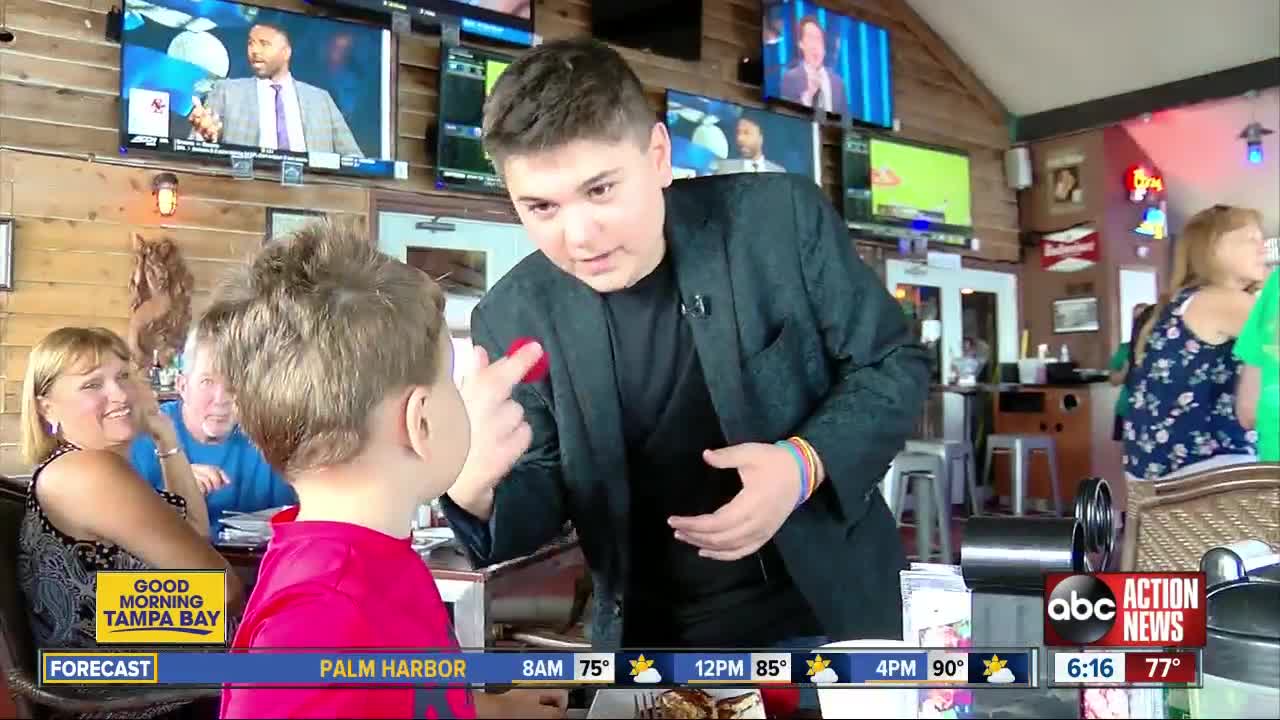 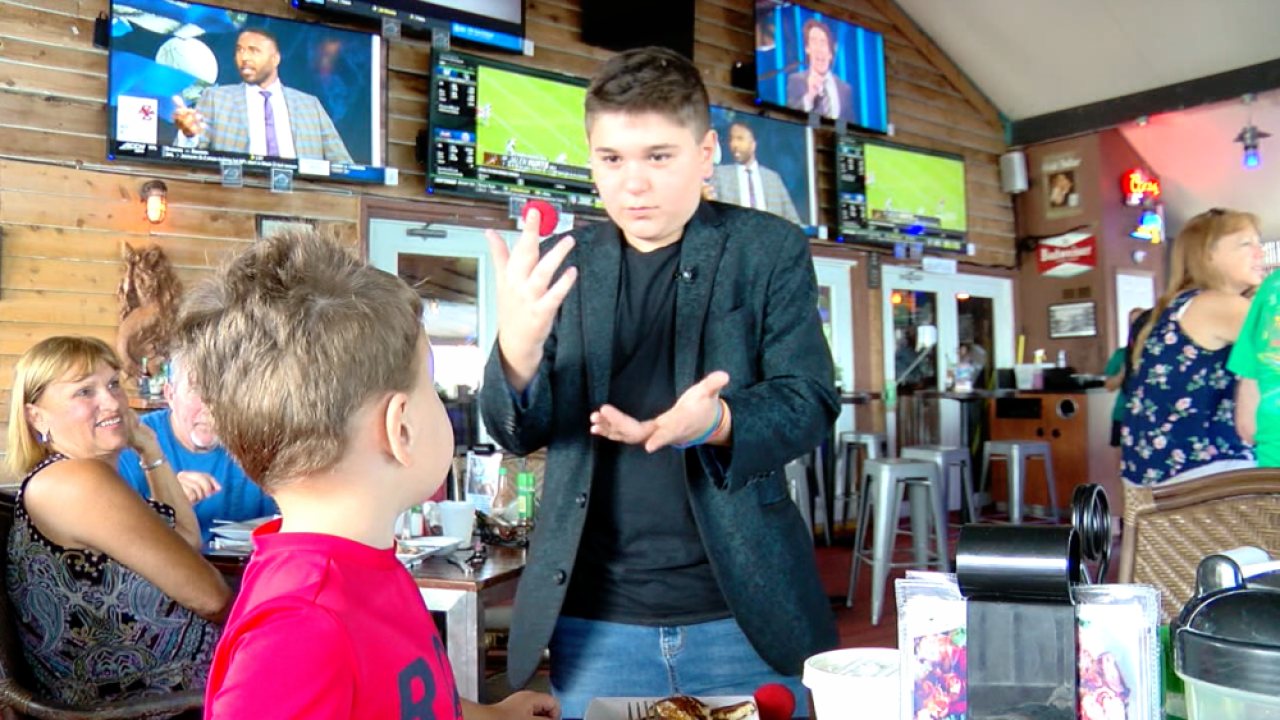 “Magic Zach” Kyriazis hears that a lot on Sunday mornings.

The 14-year-old wunderkind is the house magician at Shrimpys Blues Bistro on St. Pete Beach.

He works brunch tables for tips, his sleight of hand and card-trick derring-do dazzling the Bloody Mary crowd.

Zach has been in love with magic since he was 8, when a magician visited his summer camp. Since then, a deck of cards has never left his hands.

Dad Nick says no matter what happens with his son’s magic career, performing for crowds is preparing him for life.

“To be able to walk up and start a conversation with anybody, that’s the No. 1 fear most kids these days have to overcome,” says Nick.

But Magic Zach is doing more with his talent than taking in tips.

He volunteers his services at the Ronald McDonald House in St. Petersburg, performing for families with sick children.

And he spent thousands of his own dollars to send 20 kids in need to Joshua Jay and Andi Gladwin’s Magifest, the country's oldest annual magic convention in Columbus, Ohio.