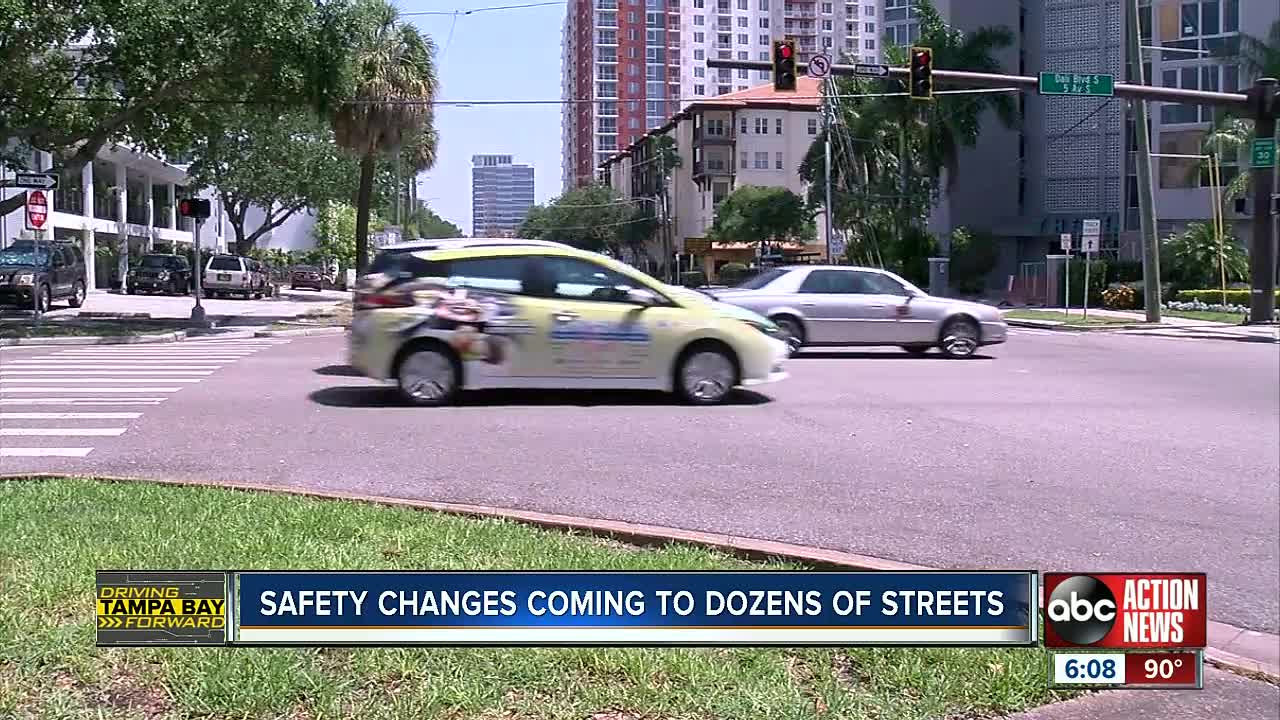 St. Petersburg is set to make major improvements to downtown along 3rd St. N from 5th Ave S. to 5th Ave N. to make the area safer for walkers and bikers. It comes after another deadly pedestrian crash claimed the life of a woman during Memorial Day weekend. 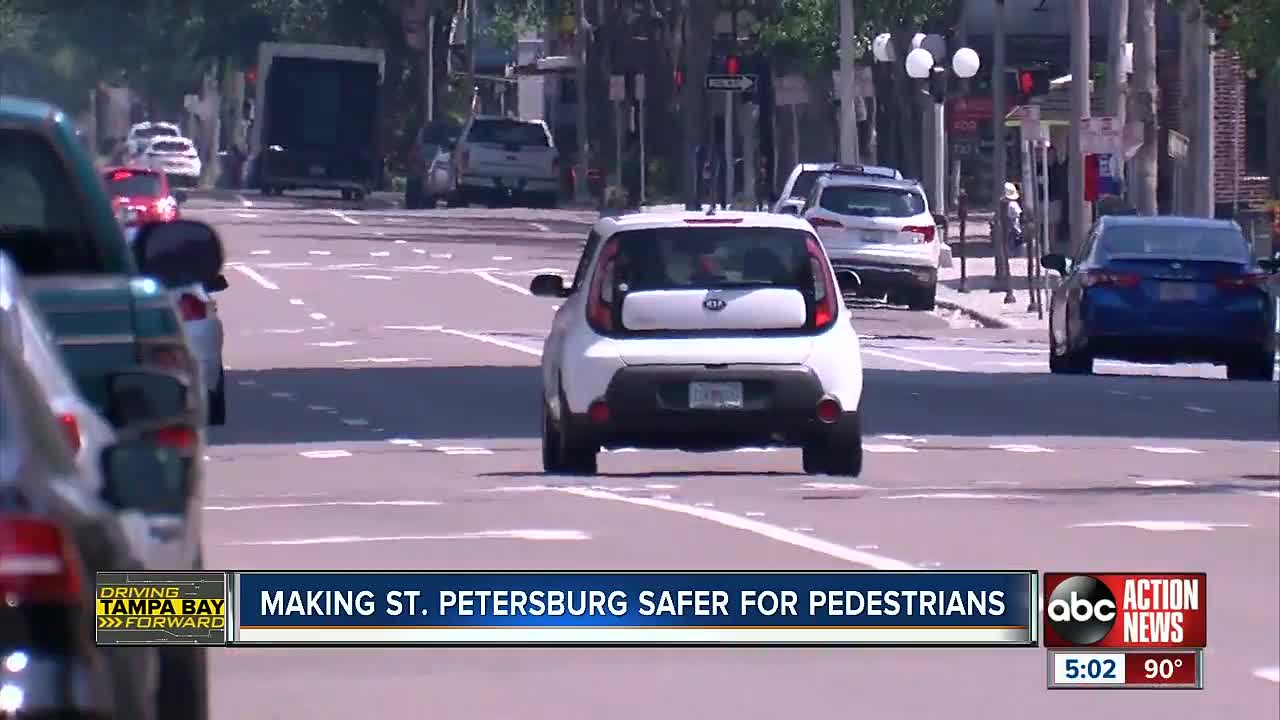 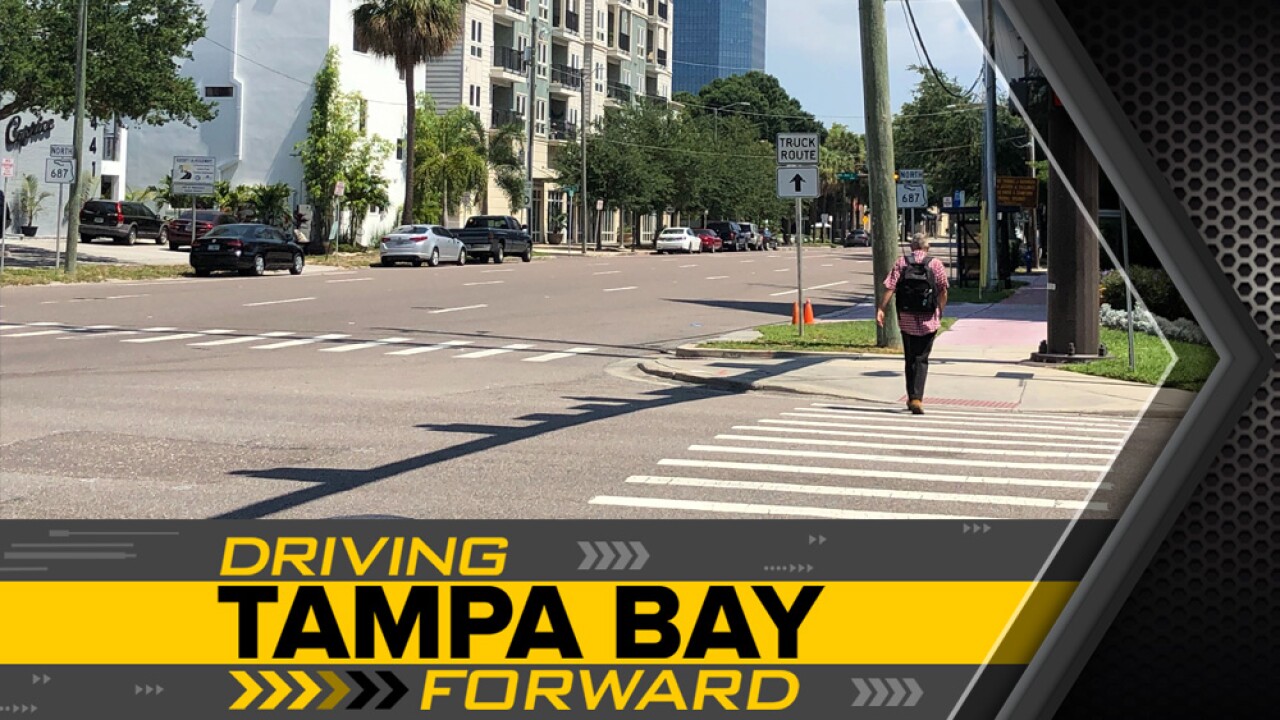 It comes after another deadly pedestrian crash claimed the life of a woman during Memorial Day weekend. 43-year-old Casandra Jean Estro was struck and killed by a car Saturday night while crossing the North side of Central Avenue to the south side near 64th Street around 9:15 p.m., according to the St. Petersburg Police Department.

Starting in October, they will remodel 3rd St N to be more pedestrian safe. They plan to add new bulb-outs curb extensions, wider sidewalks and curb ramps, and resurfacing of intersections.

According to the Department of Highway Safety, the 10-block stretch of 3rd St. N slated for improvements has seen 134 crashes, 57 injuries and 2 fatalities since January of 2015.

Runners Clay and Natalie Nylund are familiar with the area because they run here 3 days a week. The married couple tells ABC Action News they've have had a few too many close calls.

“We’ve almost been hit literally standing on the side of the road and people cutting a curb and their wheel coming up on the curb and almost running across our feet,” Clay Nylund explained.

“It was so scary and I don’t think she even realized what she was doing. She just kept on going. We were trying to run after her to say 'slow down you almost hit us,'” Natalie Nylund added.

Imogen Browne is a student at University of South Florida's St. Pete campus and agrees. “I actually have a friend who was just hit by a car last week. It's been on all of our minds," she said with a sigh.

City leaders are also looking into lowering speed limits on some streets with the most walkers and bikers in St. Pete.