St. Pete firefighter arrested for having sex in middle of road, on hood of car 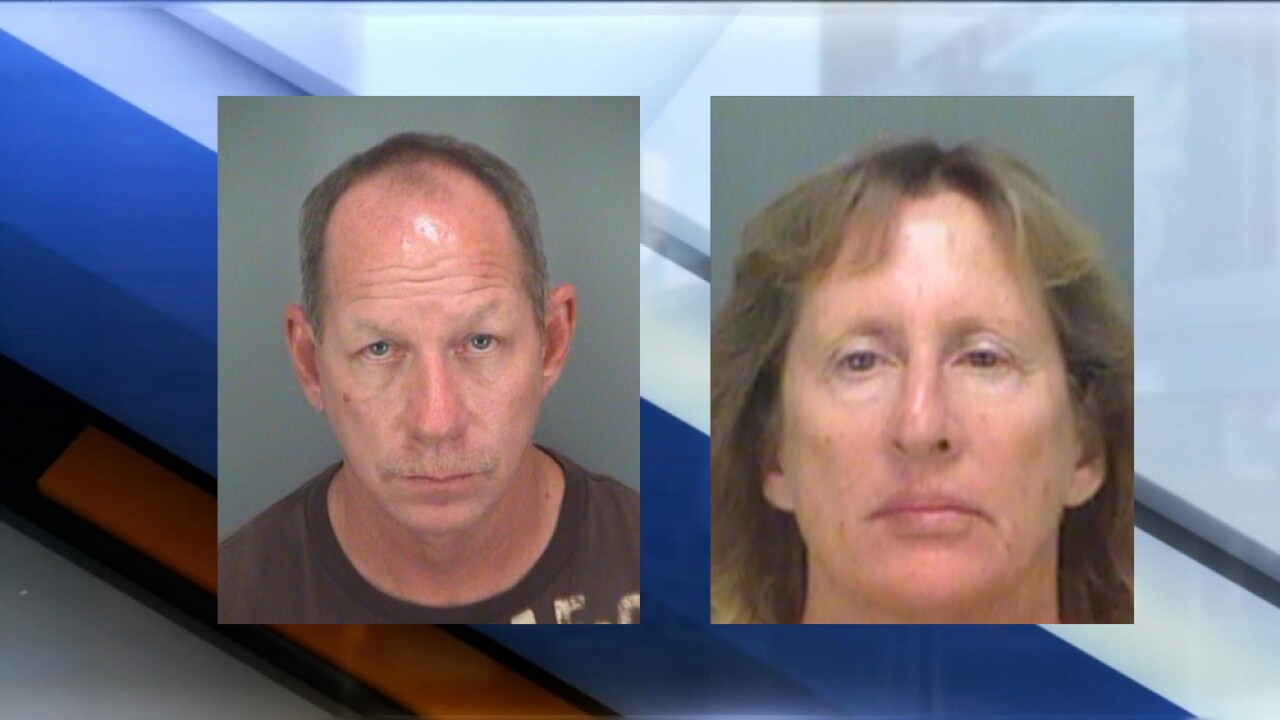 ST. PETERSBURG, Fla. — An off-duty St. Petersburg firefighter was arrested for lewd and lascivious behavior after he was seen having sex in the middle of the street, according to an arrest affidavit.

Thomas Lewis, 58, was seen receiving oral sex from Penny Snoots, 56, in the middle of the road, according to the affidavit. Snoots was also arrested for lewd and lascivious behavior.

Witnesses told deputies that after the oral sex Lewis and Snoots began having sexual intercourse on the hood of a vehicle.

Both suspects were seen pulling up their pants by deputies when they arrived on scene, according to their arrest affidavits. Deputies say they saw Snoots' butt.

Lewis was sworn in as a St. Petersburg firefighter in 1984. He is currently on paid leave.

"The behavior, while off duty, and subsequent arrest of Lt. Lewis goes against our very character of public service. Our most valued asset is the public trust. There is a higher standard that which we are held, on and off duty," St. Peterburg Fire and Rescue said. "Actions such as those noted in the arrest report are unacceptable by any member of St. Petersburg Fire Rescue, especially by a person in a long-held position of leadership as in this case. St. Petersburg Fire Administration is doing a thorough investigation into the incident and Lt. Lewis will face professional consequences pending the investigation. The Fire Chief will determine the appropriate level of discipline and administer such."