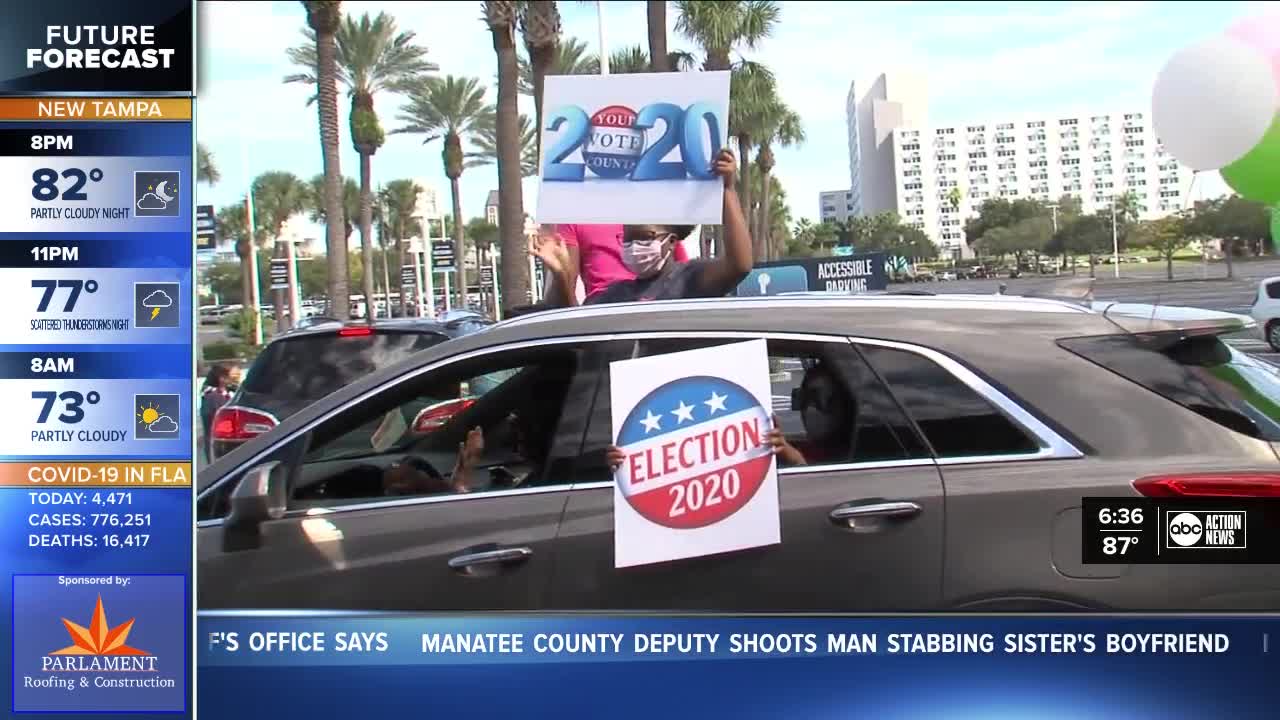 Saturday was the last day to request a vote by mail ballot and communities all over the Tampa Bay area are making sure ballots are returned on time. 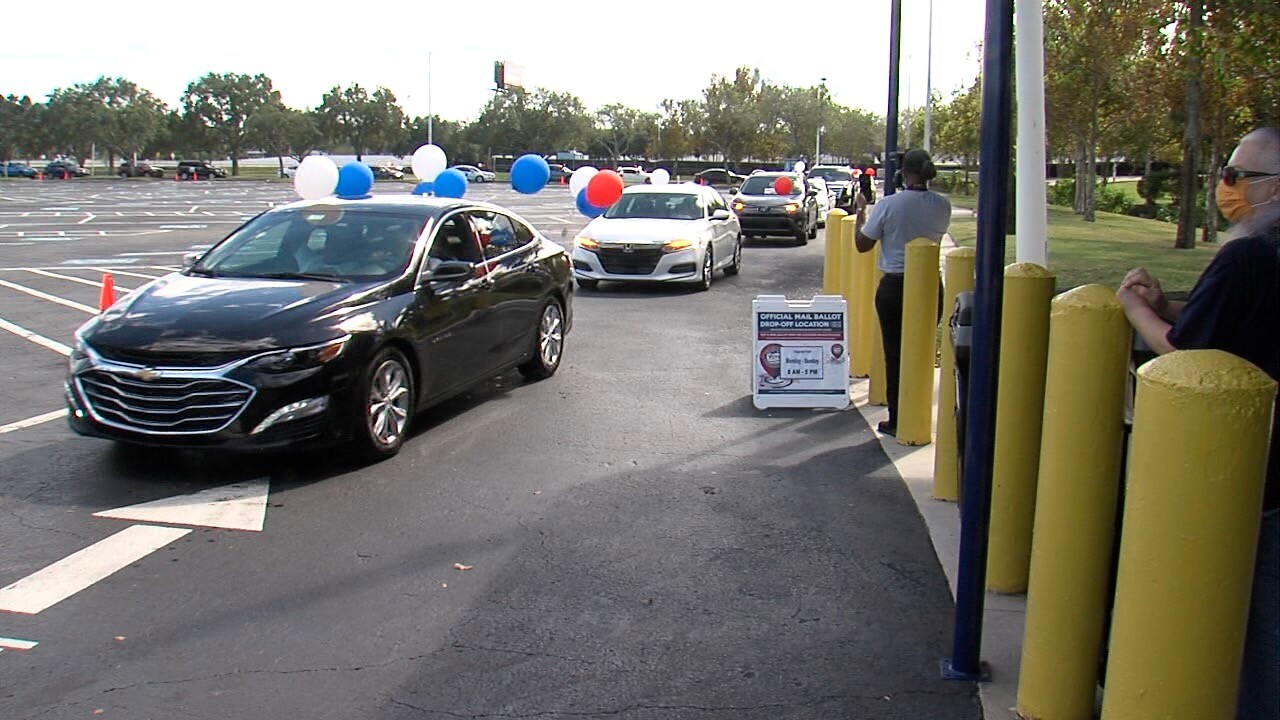 Saturday was the last day to request a vote by mail ballot and communities all over the Tampa Bay area are making sure ballots are returned on time.

Dozens of decorated vehicles lined the streets of St. Petersburg, honking their horns and holding up signs, as part of a voting motorcade.

“It was absolutely exhilarating to see so many people come out and support our efforts to get people out to vote,” said Rose Mack of St. Petersburg.

Roll to the Polls is an initiative encouraging Black voters to return their mail-in ballots early. The motorcade led voters to Tropicana Field, where they dropped off their ballots. Tropicana Field is the only drive-through ballot dropping location in St. Pete.

“We’ve been through so much as a country, as a nation so just to bring a little levity and fun to the whole act of democracy but also to make sure that people are engaged,” explained Stephanie Owens, Founder of Women Talk Black.

More than 60 community groups partnered to organize the event. The goal is to make sure every vote is counted and every voice is heard. One voter said she came to stand in for those whose rights have been taken away.

“I have many of my family members, who did not get their rights restored because of incarceration and the fee associated with it and I come here in support of them,” Mack said.

Organizers hope to send a message that their votes, won't be denied. “We are doing poll monitoring training to help poll monitors to understand how to help voters,” said Owens.