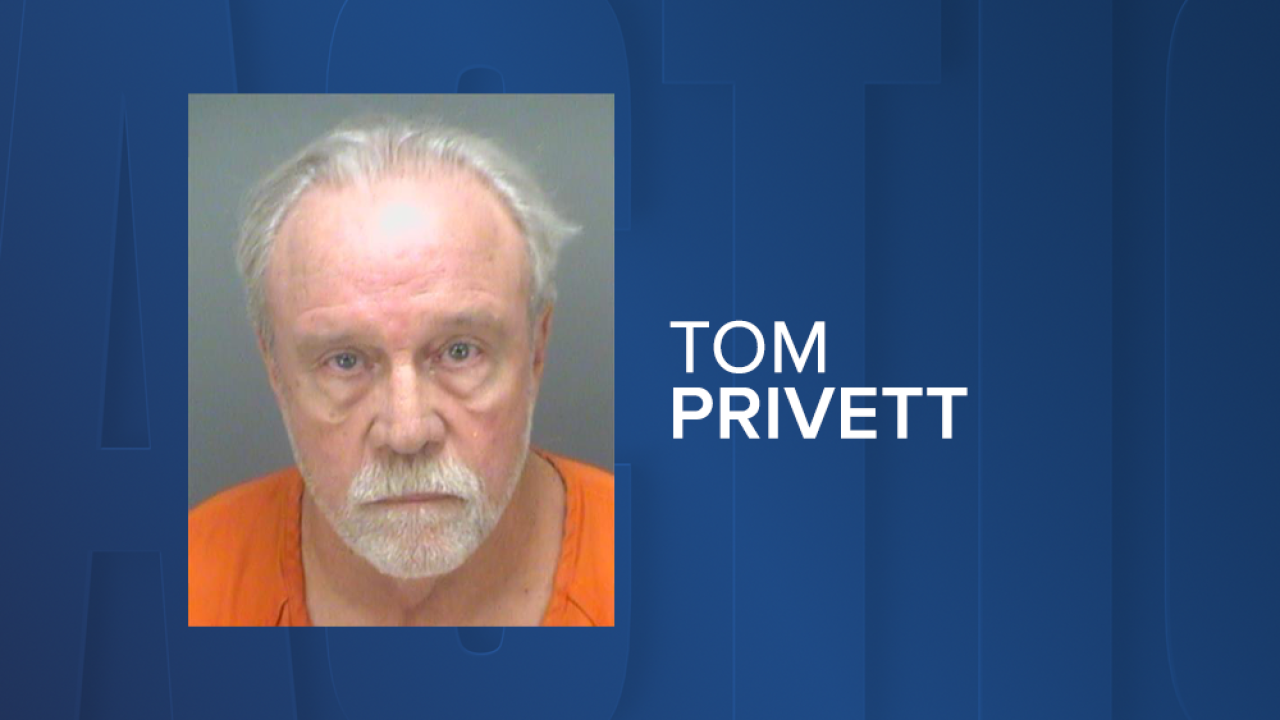 PINELLAS COUNTY, Fla. — A retired Miami-Dade County school teacher was arrested in Pinellas County on Friday. He faces one count of sexual battery on a child 12 years of age or older, but less than 18.

The Pinellas County Sheriff's Office said on Jan. 30., detectives were contacted by Miami-Dade Schools Police in regards to a reported sexual battery on a child 12 years of age or older, but less than 18.

The sexual battery occurred in Miami about four years ago, in 2016.

The suspect, 70-year-old Tom Privett, was a high school teacher at the Terra Environmental Research Institute when he committed the offense on one of his students.

Detectives said Privett had since retired from teaching in Miami after 30 years and has been living in Pinellas County for the past six months.

Miami-Dade Schools Police obtained an arrest warrant and requested the assistance of the PCSO to help with the arrest.

Detectives said Privett was arrested at his home at approximately 7:28 a.m. on Friday. He was transported to the Pinellas County Jail without incident.

Privett will be transported to Miami-Dade County to face one count of sexual battery on a child 12 years of age or older, but less than 18.

Miami-Dade Schools Police believe there may be other victims as a result of their investigation.