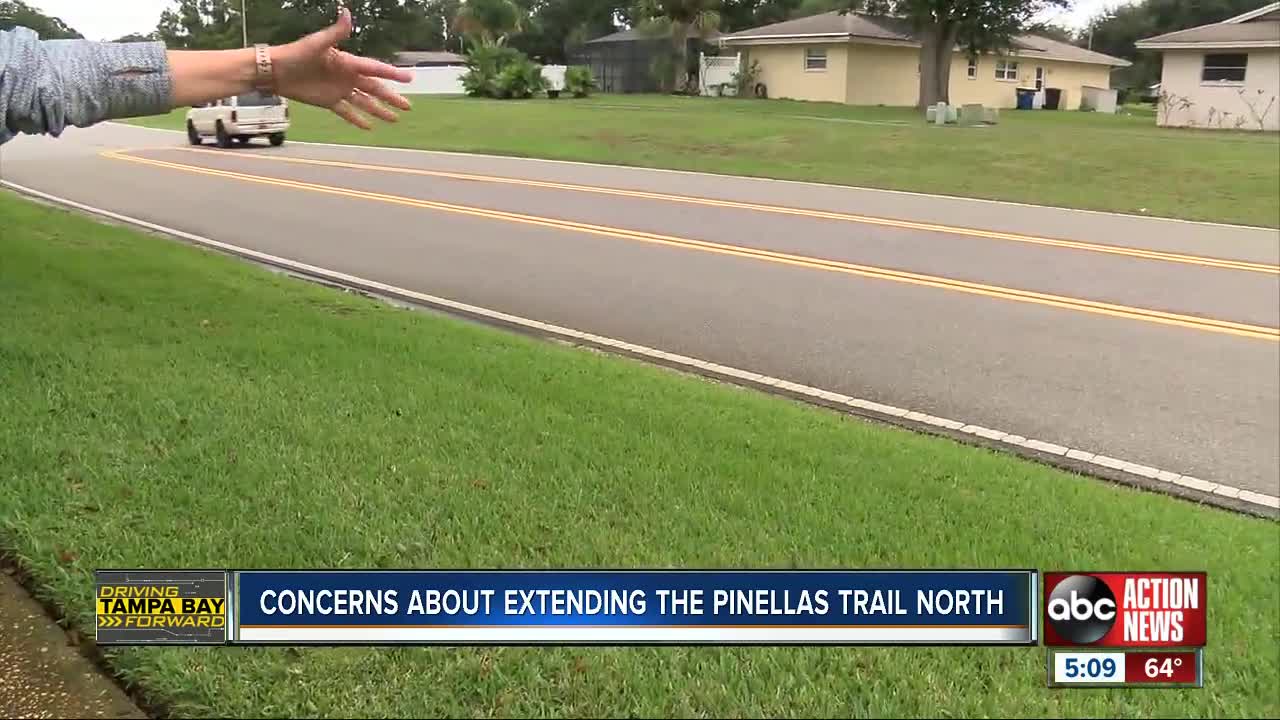 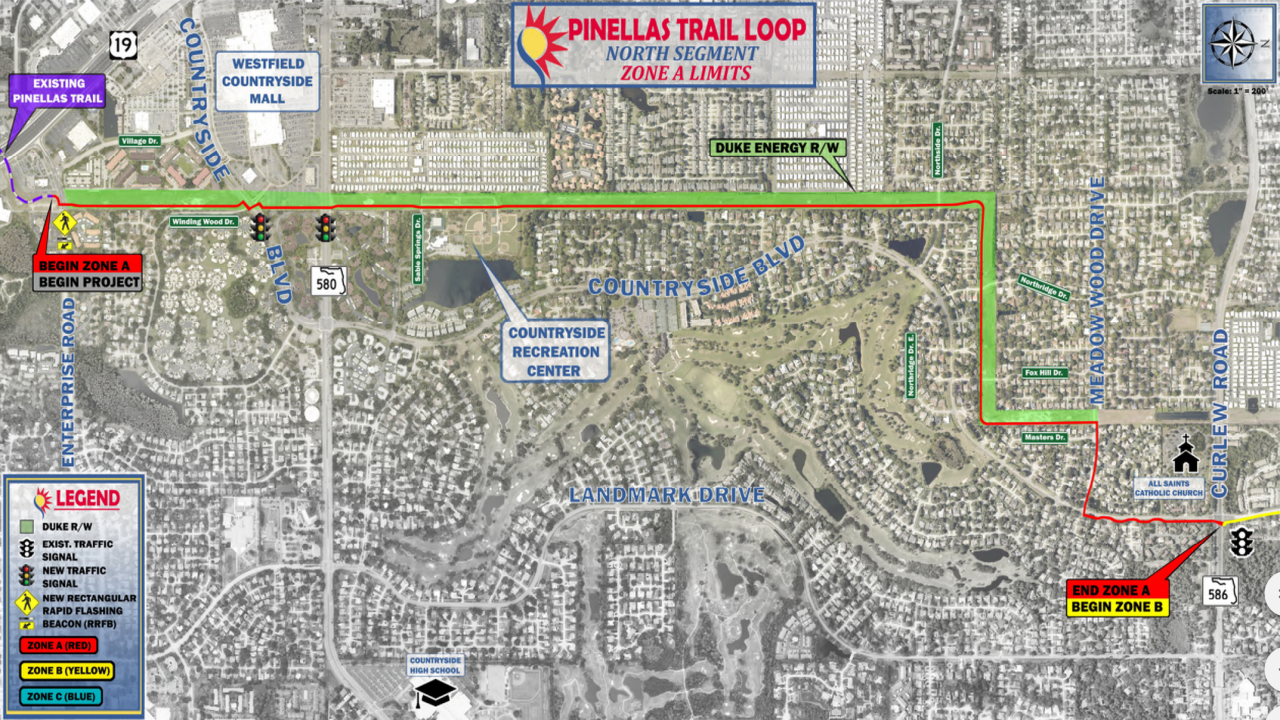 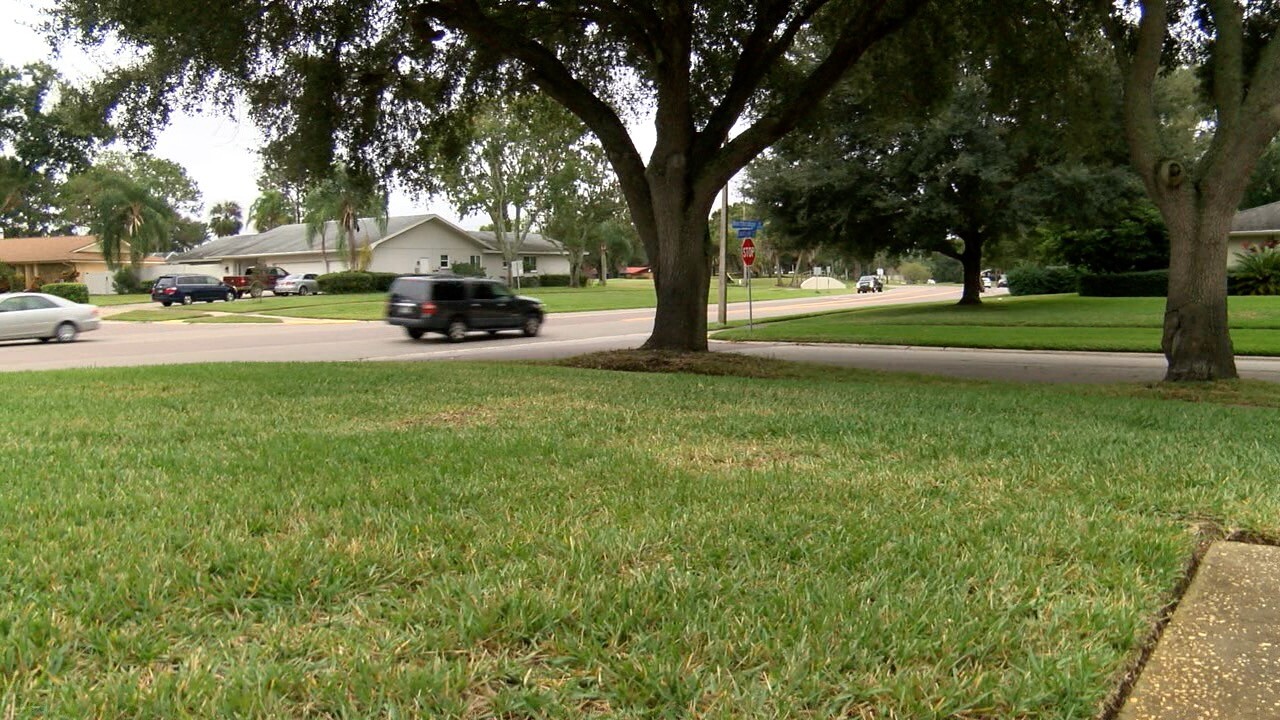 COUNTRYSIDE, Fla. -- Trying to extend the Pinellas trail north has proved to be more difficult than some may have first thought especially as it gets towards the Countryside area.

Steps away from Sue Anne Daniels house is the busy Countryside Boulevard.

"Someone coming around the corner went off the road and smashed into the bush, and took about half the bush out,” she said.

Just a few days ago, another car plowed into a light pole -- evidence of the crash is still sprawled out along the grassy shoulder.

It’s one reason she can’t understand why anyone would want to put a trail there. She started a petition so neighbors who agree can voice their concern.

New plans from the county would tear out the sidewalk from Northside Drive all the way up to Curlew Road and replace it with a 8 to 10 foot path.

"If it’s this much closer to the road if some little kid on their bike happens to fall over are they in the road then?” she asked.

The Pinellas trail extension has been in the works for a while. It was originally supposed to go through property owned by Duke Energy and only cut onto Countryside Boulevard for a quarter of a mile. Some folks didn’t like that idea either — Daniels likes it better, because she says it’s much safer.

"When you have an area back there that is I don’t know half a mile wide, a quarter of a mile wide with absolutely no streets no people,” Daniels said.

But people that want the trail started a petition of their own because they believe the trail will increase property values and attract bikers and runners to the neighborhood.

"I’m not against the trail, I’m a runner, I was a biker I just don’t want the trail here,” Daniels said.

The county says they are considering all options right now and understand it’s an important topic to so many. No plans are set in stone at this point.