PINELLAS COUNTY, Fla. — “There’s nobody there. There’s no business going on,” David Toohig sat on a bench on the beach behind Tradewinds Island Resort Friday marveling at how quiet the stretch of sand was. Toohig, who is visiting from England, hasn't seen St. Pete Beach this empty in the 30 years he's vacationed here.

“This is the quietest ever,” he explained while reading a novel he brought with him.

The line of beach chairs to his right and left sat untouched, and even though there aren’t any dead fish or odors behind the Tradewinds Island Grand Resort, General Manager Keith Overton says reservations are down 15 percent.

“That's significant, it's a major hit to our fiscal year,” Overton explained.

Overton also says future reservations, over the next 30 days, are slow.

There’s no telling when the visitors will return. “When it’s not in your control and it happens without you knowing it’s coming, it’s very damaging,” Overton added.

Yet, there’s hope. Just down the road in Clearwater, several power boats are revving their engines.

This weekend’s super boat race is expected to bring 150,000 people to town. Since it’s live-streamed online to a large global audience, businesses hope it will show the nation and the world that Pinellas County Beaches are open for business.

The race is helping to bolster sales at several businesses on Clearwater Beach.  The Wyndham Grand says they've booked around 75 additional rooms Friday, Saturday and Sunday.

Beach businesses hope it is the first of many events that will bring people back to the beaches. 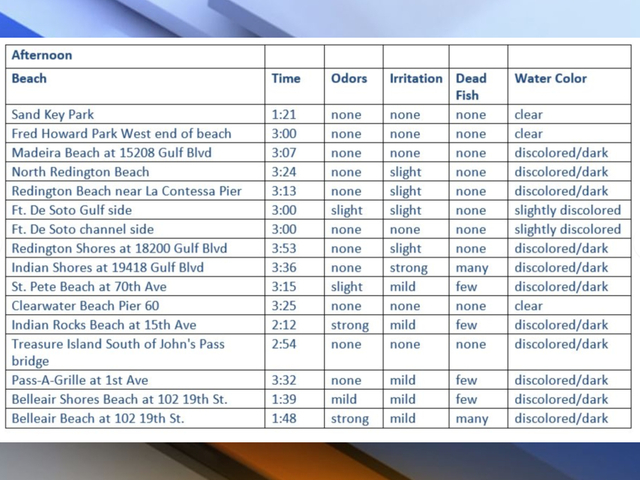