PINELLAS PARK, Fla. -- Parents and authorities are seeking mental health help for children in large numbers. Some facilities are seeing triple the normal number of referrals in the past two weeks since the shooting at Marjory Stoneman Douglas High School in Parkland.

ABC Action News contacted 40 mental health centers in Tampa Bay and across Florida and found out all of them have seen a spike in the number of kids being brought in over the past two weeks since the shooting in Parkland.

Parents, school leaders, and police officers are not taking any chances.

Jerry Wennlund, of Personal Enrichment Through Mental Health Services (PEHMS), believes it is because people are being more cautious. 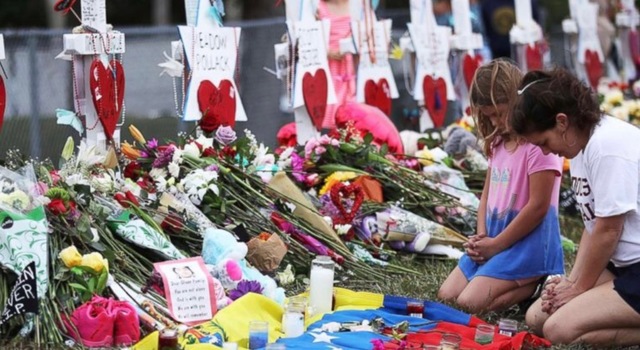 "They are more concerned. Nobody wants to take a chance. People are erring on the side of caution. They might have noticed something about their child, a relative or a student that seemed bizarre and in the past they would dismiss it. Now, they're seeking help," Wennlund explained.

Wendy Monaco has a son with autism. She says treatment through counseling and medication has helped her son greatly.

Monaco's son Michael was arrested last year after a fight at school and an altercation with his sister.

Monaco, as a concerned mother, called 9-1-1. Yet, instead of her son being baker acted (held for up to 72 hours for a mental examination) “they arrested him and took him to juvenile detention,” Monico said with a sigh.

Since then, Monaco has been on the forefront of making sure police officers receive training to know how to work with people with autism.

She has also spread the word to other parents to not be ashamed to seek help and treatment.

“They’ve been a life saver to my son. He wouldn’t be where he is now without all the help he has gotten,” she elaborated.

Across Florida, more parents like Monaco are bringing their kids to mental health centers. Some Tampa Bay mental health clinics have seen twice or three times as many patients since the Parkland shooting.

Law enforcement are also bringing kids to the facilities, where they’re held for up to 72 hours for treatment.

Monaco knows not everyone agrees with baking acting children, but she has seen first hand how counseling and medication has made a difference with her son.

“I hate to say it’s a great thing, but in some ways it is. Now they’re saying as a parent I can’t fix this by myself. This is bigger than me and I need help," she said.