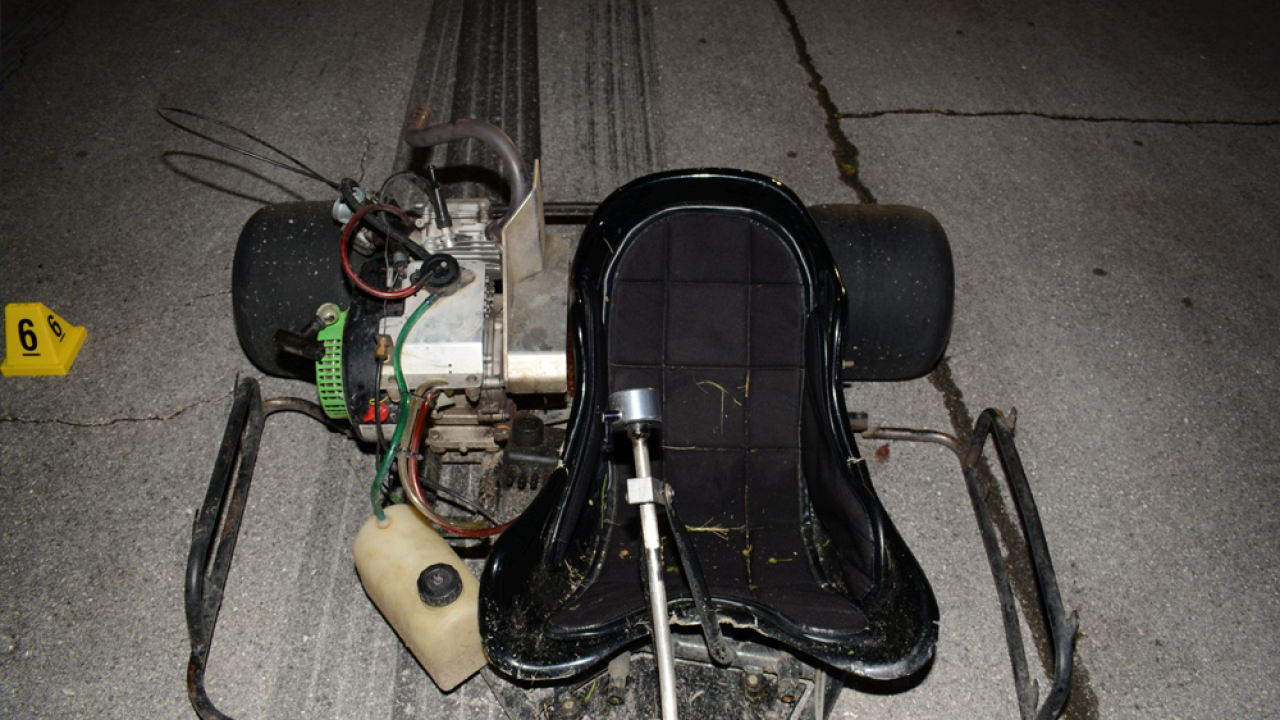 A deadly go-kart accident at Showtime Speedway in Pinellas Park is under investigation.

On Thursday at about 10 p.m., officers responded to the call in reference to a go-kart crash. It was reported that two gas powered go-karts had been racing down a closed drag strip.

During the race, authorities say an operator of one of the go-karts, 29-year-old Jesse Outlaw, struck a guardrail and suffered grave injuries. He was taken to Bayfront Hospital where he died shortly after.

Once on the north end of the drag strip, the two go-karts raced south on the western lane of the strip. Once they reached the southern end, both turned around and began racing north.

Outlaw didn't see the guardrail across his lane of travel and crashed into it. At the time of the crash he was not wearing a helmet and the go-kart wasn't equipped with a safety harness.

Due to the circumstances, a traffic homicide investigation was initiated. The driver of the second go-kart was interviewed and released. He did not sustain any injuries or strike Outlaw's go-kart during the incident.

There are no charges at this time, but the investigation is still active.