Man admits to buying 13-year-old cellphone, other goods in exchange for pornographic photos

LARGO, Fla. — A 66-year-old man was arrested after admitting he bought a 13-year-old girl a cellphone and other goods in exchange for pornographic photographs.

Roy Rowe, of St. Petersburg, told the Largo Police Department he asked the 13-year-old to take pictures of her "privates" and then text them to her. After receiving the pictures, Rowe said he bought her a new cellphone and gave her other goods and money.

RECOMMENDED: Pinellas Park babysitter sentenced for using infant he was caring for to create child pornography

According to an arrest report, the victim told detectives she sent Rowe between 15 to 20 pictures over a one-year span.

Detectives said they found three pornographic photos, from July 14, on Rowe's phone. The victim told detectives they were of herself and Rowe admitted to receiving and viewing those photos.

Rowe was arrested on Tuesday, August 14 and charged with possession of child pornography. He is being held on a $20,000 bond. 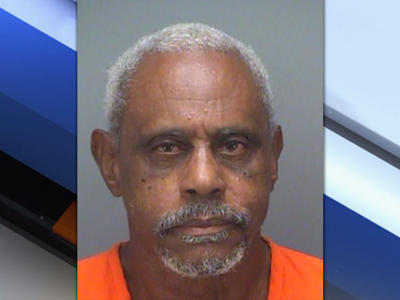