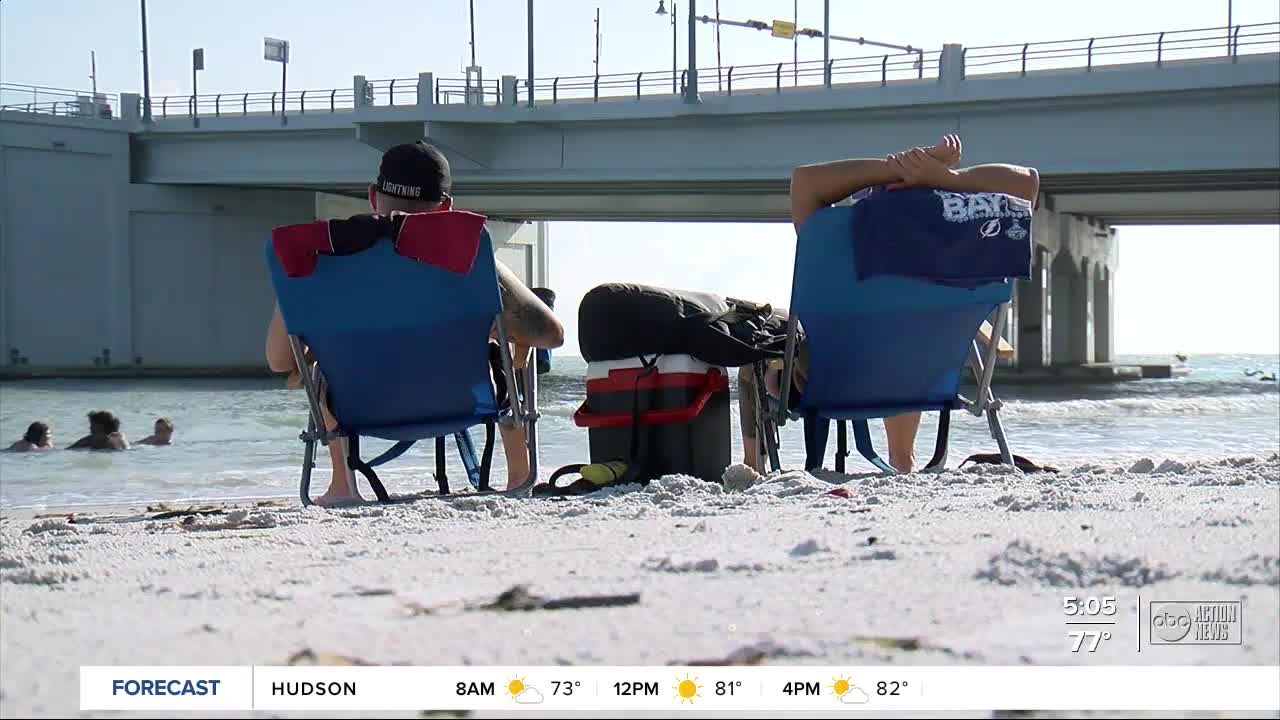 More than 40 Madeira Beach businesses are worried they'll lose their waterfront property if the city doesn't step up to help with a significant sand blocking and drainage issue. Story: https://wfts.tv/31egyej 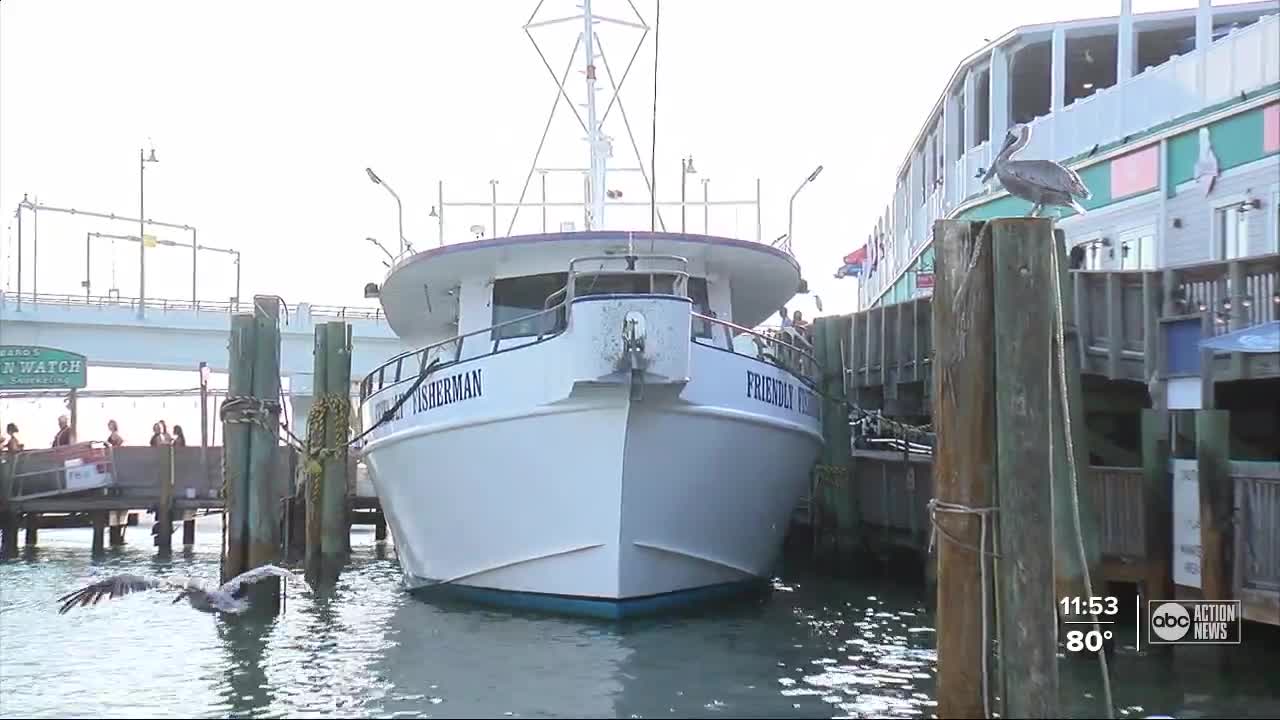 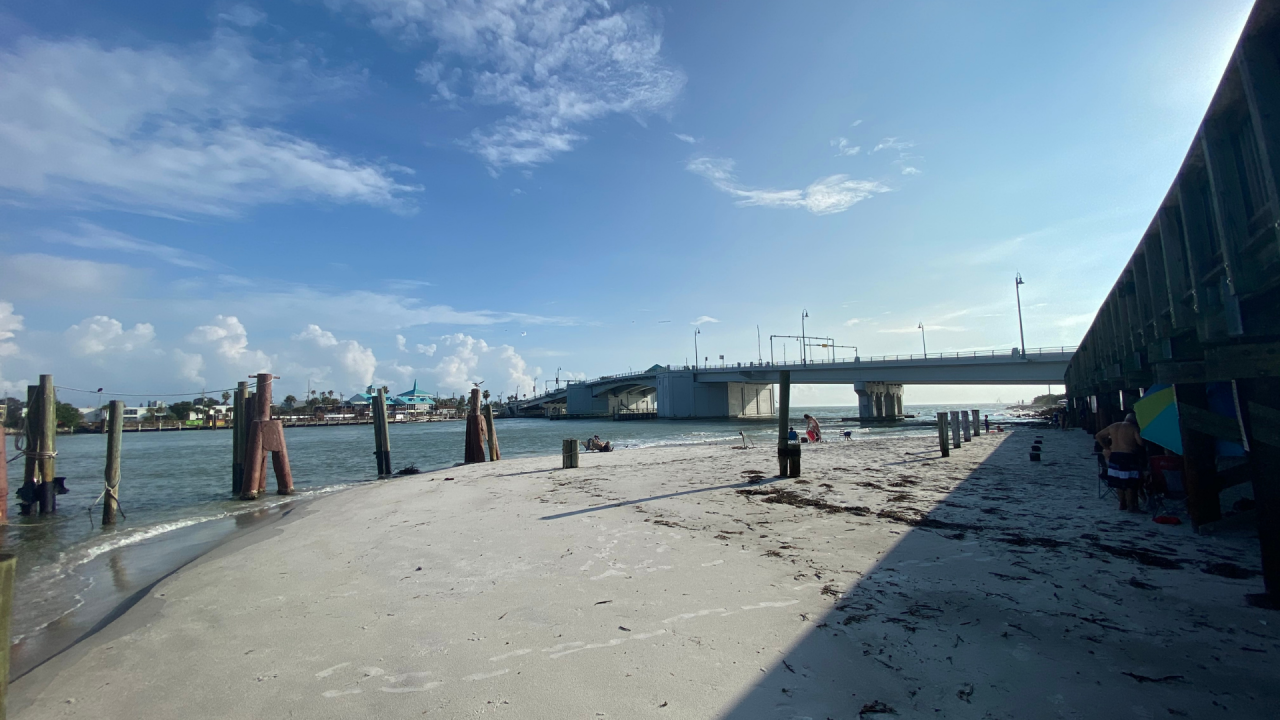 MADEIRA BEACH, Fla. — More than 40 Madeira Beach businesses are worried they'll lose their waterfront property if the city doesn't step up to help with a significant sand blocking and drainage issue.

Business owners along John's Pass say that over the years, the water running through John's Pass has continued to deposit sand clear up to the seawall. They say it's creating a dangerous beach area and eliminating their waterfront property.

"Where I'm standing right now, it should be about maybe 10-12 feet deep," said Captain Dylan Hubbard, Owner of Hubbard's Marina.

But instead, the water around one of Hubbard's Marina's boats is ankle-deep, and their Friendly Fisherman boat is once again stuck in the sand.

"This boat gets stuck here typically between one to two times a year, and it takes us about four to five days to push the sand back," Hubbard said. "Just to be able to run trips, so tomorrow morning we're gonna have to get down here extra early, we're gonna be standing in the water like I am now, trying to push this sand out."

It's just one of a growing list of problems that 45 business owners up and down John's Pass are begging the city to fix.

"Our jetty is overtaken with sand, the beach groins of Madeira Beach have long been overrun with sand," said Hubbard.

Hubbard says the construction of the John's Pass Bridge in 2006 exacerbated the problem.

"DOT came in here, and they built this huge riprap construction area to build this new bridge, and when construction was finished, they moved all that material on the west side, or the Gulf side of the bridge, and took it out of her," Hubbard said. "Unfortunately, we have photographic evidence and plenty of eyewitness accounts, they left all of it here on the east side of the bridge, and that has just slowly accumulated more and more sand, and it's exacerbated this issue to the point of where we are today."

Currently, Hubbard's marina boats are weathering the storm and blocking the sand from extending farther down the pass. But if they move their boats, it becomes the next business's problem.

“What’s happening, is sand is building up inside the pass, and as that sand builds up along the seawall here, along the other side of these buildings, it’s actually blocking the storm drains. So as you can see all this water here is from the rain that came through today, which, actually, today was light rain,” said O’Neal.

John's Pass Village regularly gets standing water on the roadway with nowhere to go due to the storm drains blocked with lots of sand. Hubbard said the city cleared the drain on June 5. Here's a photo taken by him on that day:

And here’s a photo he says he took two days later:

City of Madeira Beach Fire Chief, Clint Belk, is also asking the city for help. In a letter written by him to the city he said:

“Johns pass has now taken over the number one originating location for water rescues. With the sand being built up on the North jetty, it is causing the current to move more rapidly than it has in the past due to a narrower pass still moving the same amount of water. Without a resolution to this problem I can say that we are on more borrowed time before something more serious happens.”

“A lot of these boardwalk businesses watch these kids get swept off this beach every weekend, and they’re very concerned it’s just a matter of time before we see on the news, ‘someone died inside Johns Pass,’” said Hubbard.

These businesses want a bandaid fix for now, and then a start to a long term fix.

We're working to find what the city is doing to stop this problem so that the businesses and tourists along John's Pass can enjoy their waterfront property for years to come.