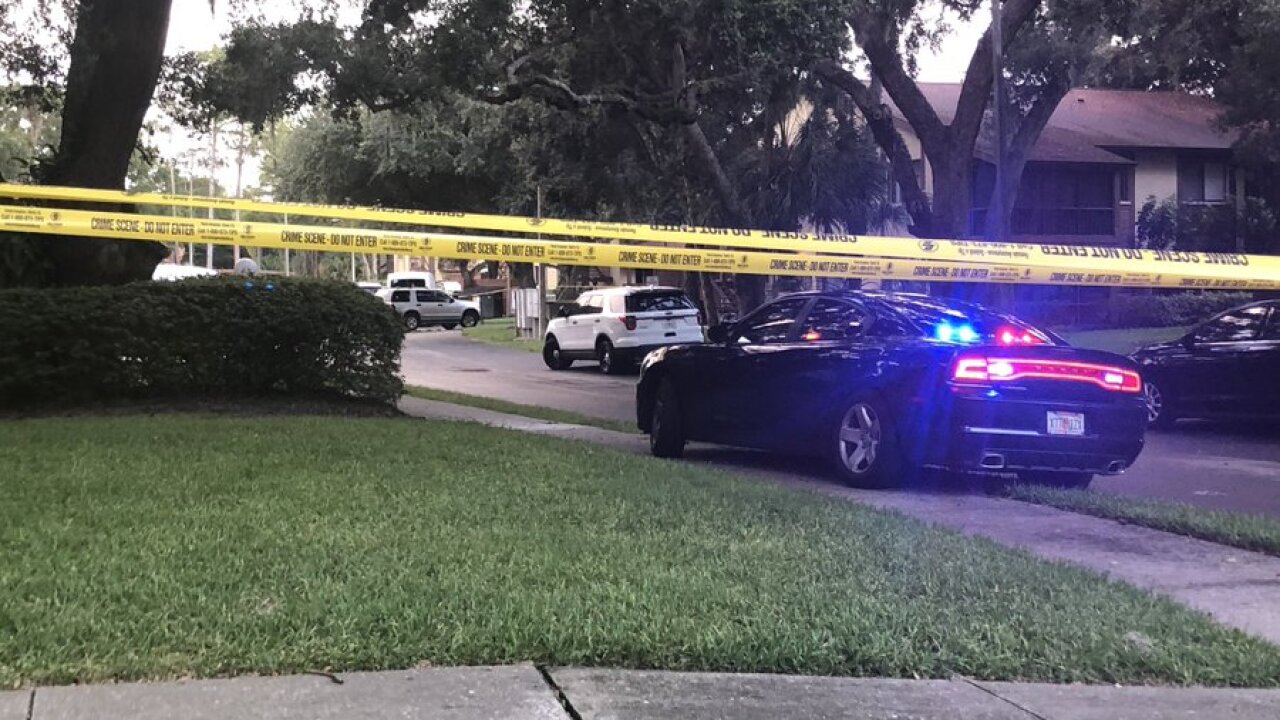 JJ Burton
Pinellas sheriff&#39;s deputies are investigating a homicide and a related deadly deputy-involved shooting in the 2300 block of Flanders Way in Safety Harbor early Saturday. Two people are dead. 35-year-old John Clark is accused of fatally killing his murder; deputies later shot and killed John Clark, who they said pointed a gun at them.

SAFETY HARBOR, Fla. — A man in Safety Harbor is dead after shooting and killing his mother, the Pinellas County Sheriff's Office says.

Detectives say 35-year-old John Clark was shot by deputies after pointing a 12 gauge shotgun at them.

The sheriff's office says a man in Illinois called them just before 2:30 a.m. saying his friend, John Clark, called him and said he shot his mother.

Authorities responded to the home in the 2300 block of Flanders Way in Safety Harbor and found 64-year-old Susan Clark dead from a gunshot wound. No one else was home.

Around 4:20 a.m. patrol deputies saw Clark driving in his mother's vehicle and initiated a traffic stop. The sheriff's office says Clark refused to stop and continued driving in the direction of the crime scene.

Deputies say as Clark slowly drove through the scene, multiple detectives and deputies ordered him to stop. The sheriff's office says, again, he refused.

Authorities approached the passenger side of the vehicle and saw Clark holding a 12 gauge shotgun on his lap. Authorities say they ordered him to drop it and stop, but he refused.

According to deputies, Clark was still slowly moving when he picked the gun up and pointed it at them.

The sheriff's office says three deputies, in the fear for their life, opened fire on Clark. He was struck several times.

Deputies administered first aid to Clark, who was taken to an area hospital where he was pronounced dead.

None of the deputies were injured.

The deputies were placed on administrative leave, pending the shooting investigation, which is standard procedure.

This is a developing story. Stay with ABC Action News online and TV all morning for updates.