Gas pump skimmer found at a 7-Eleven in Pinellas County 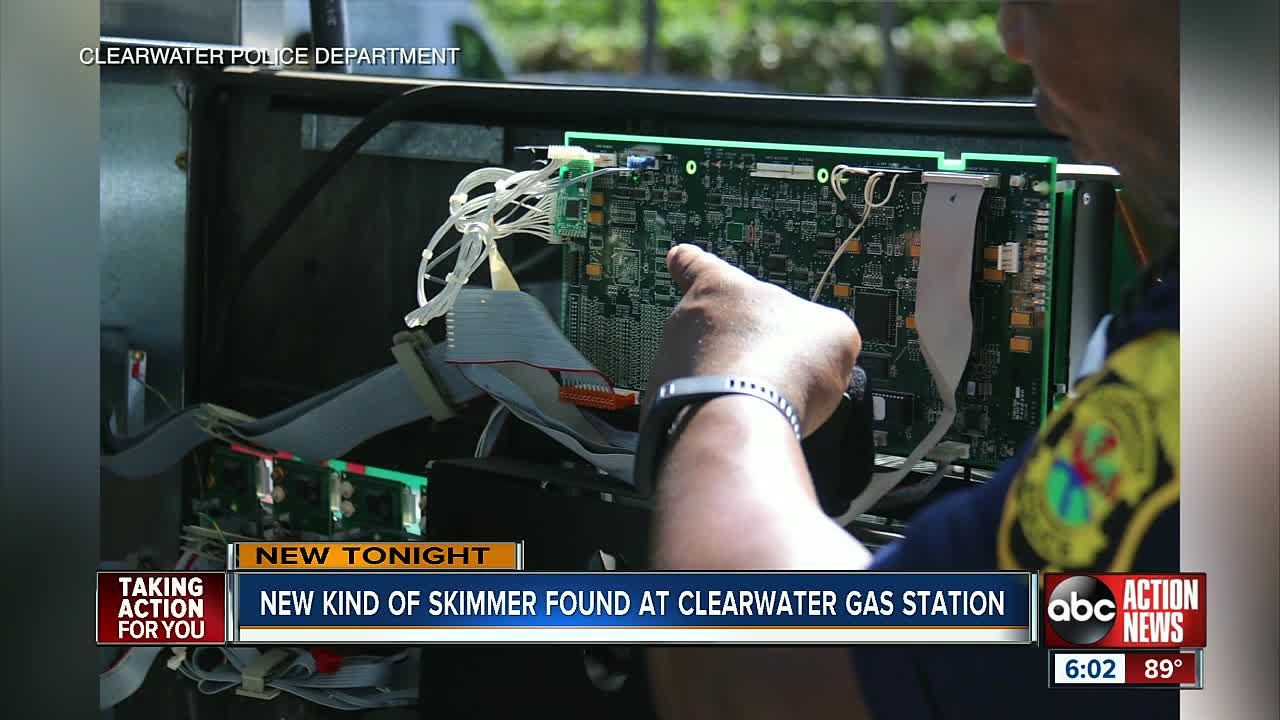 Police are warning drivers about credit card and ATM card skimmers after officers spotted one at a popular gas station. 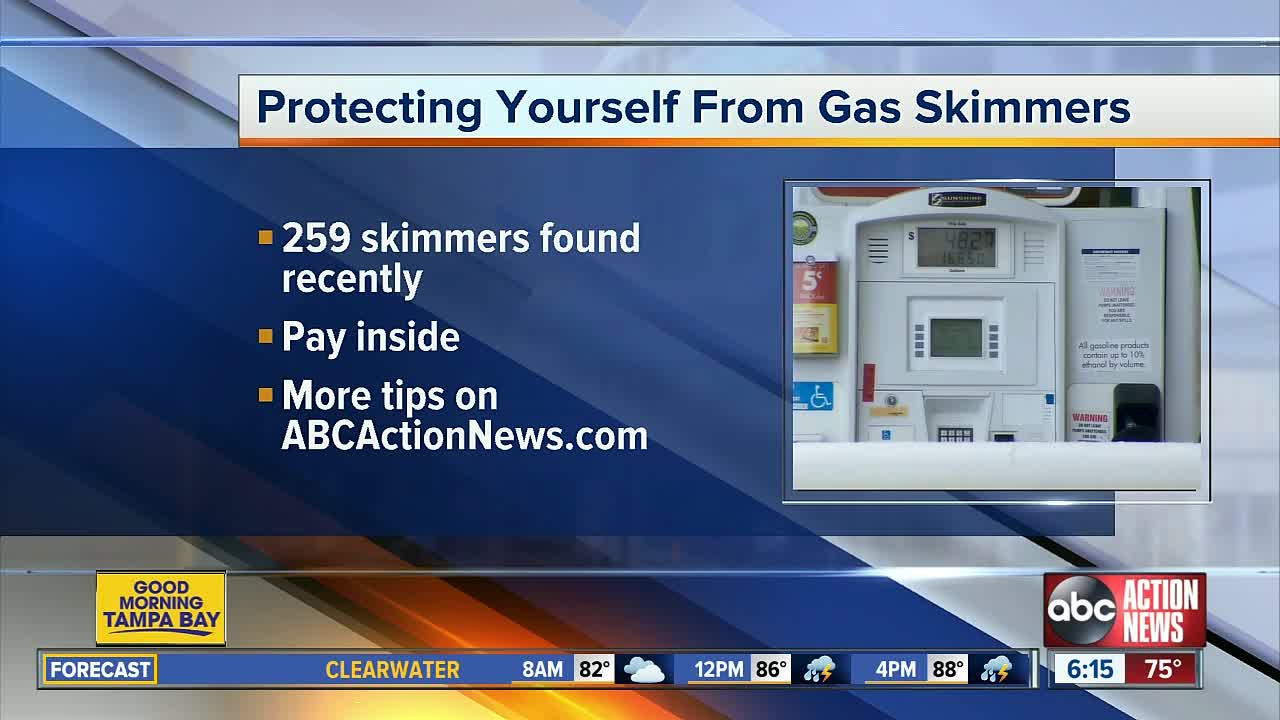 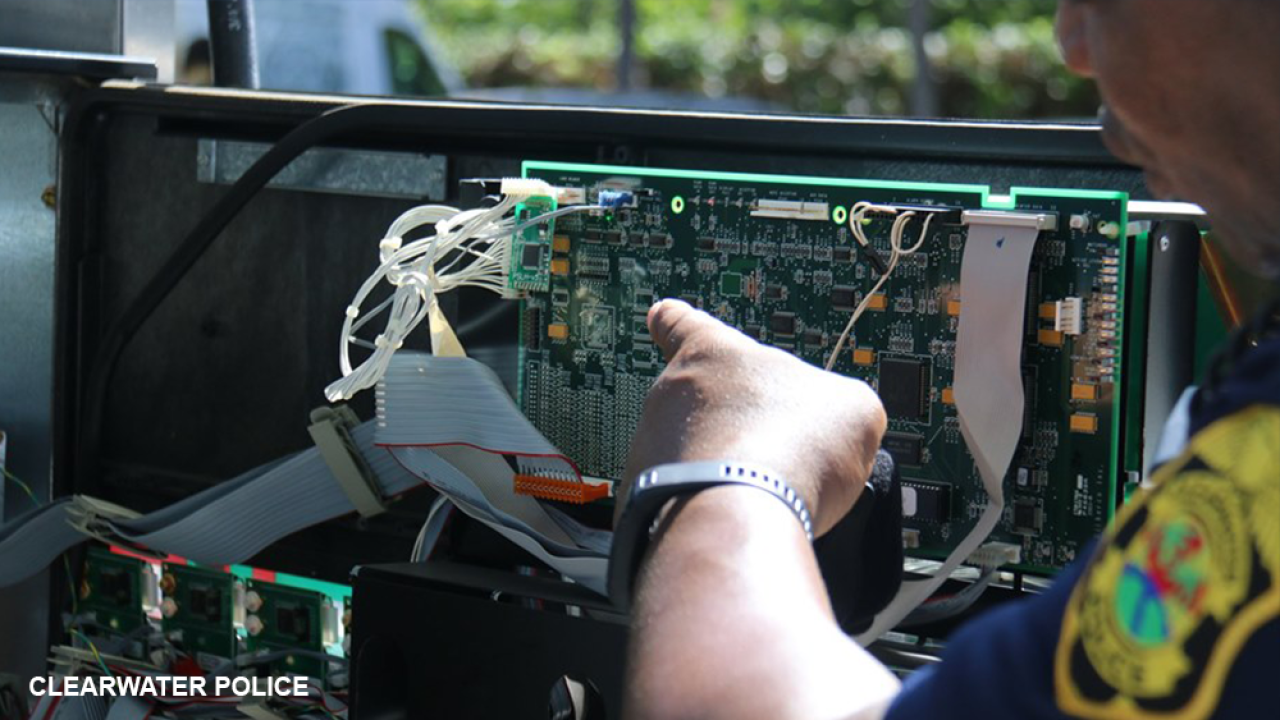 CLEARWATER, Fla. -- Police are warning drivers about credit card and ATM card skimmers after officers spotted one at a popular gas station.

Officers spotted a skimmer one of the pumps at a 7-Eleven at 205 North Belcher Road in Clearwater. The skimmer was found on Pump 9, police said on Facebook.

"It's Bluetooth-equipped and allows the suspect or suspects to sit nearby and get your card information without ever having to come back to the pump," Clearwater Police said on Facebook.

RELATED: How to protect yourself from gas pump skimmers

Police recommend drivers to use a credit card instead of a debit card for those choosing to pay at the pump. It is always safer to pay inside the store and even more safe to pay in cash, Clearwater Police said on Facebook.

Officials did not say if a suspect has been identified in the skimming scam.