Dolphins, two calves rescued after being stranded in St. Petersburg canal for days

Human chain helped get them out 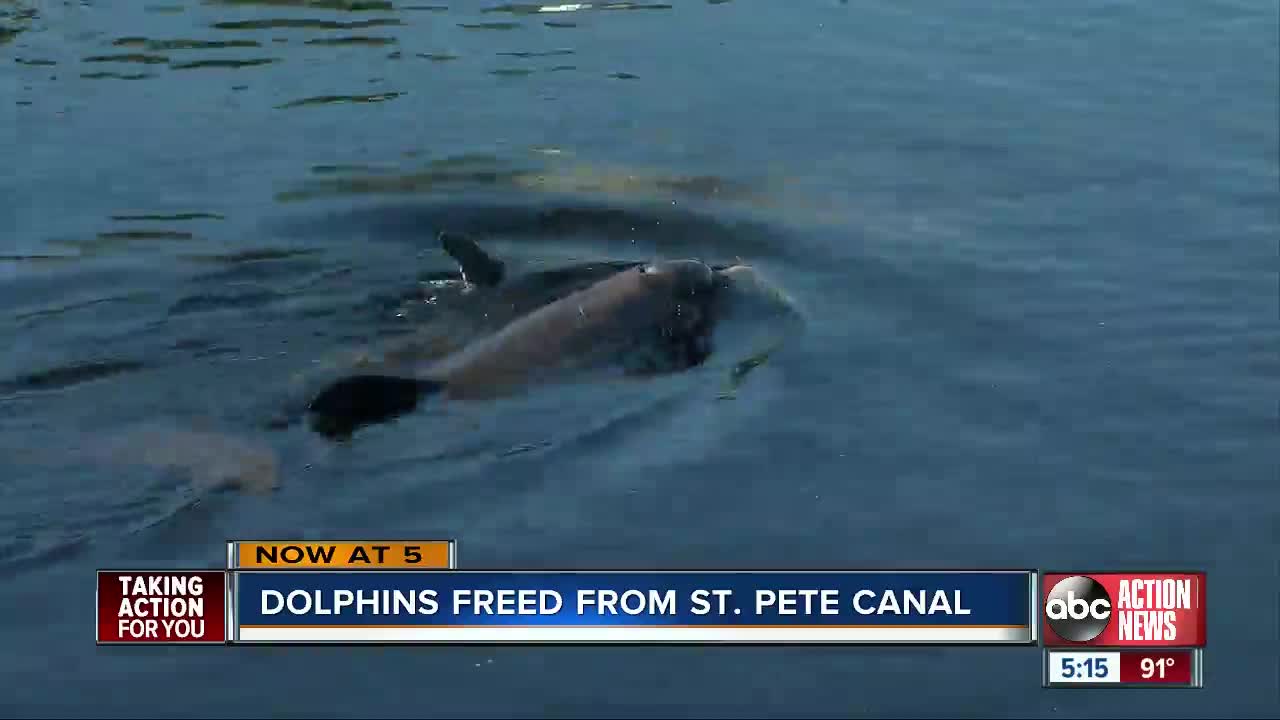 Four dolphins stranded in a canal in St. Petersburg are free after days of being trapped. 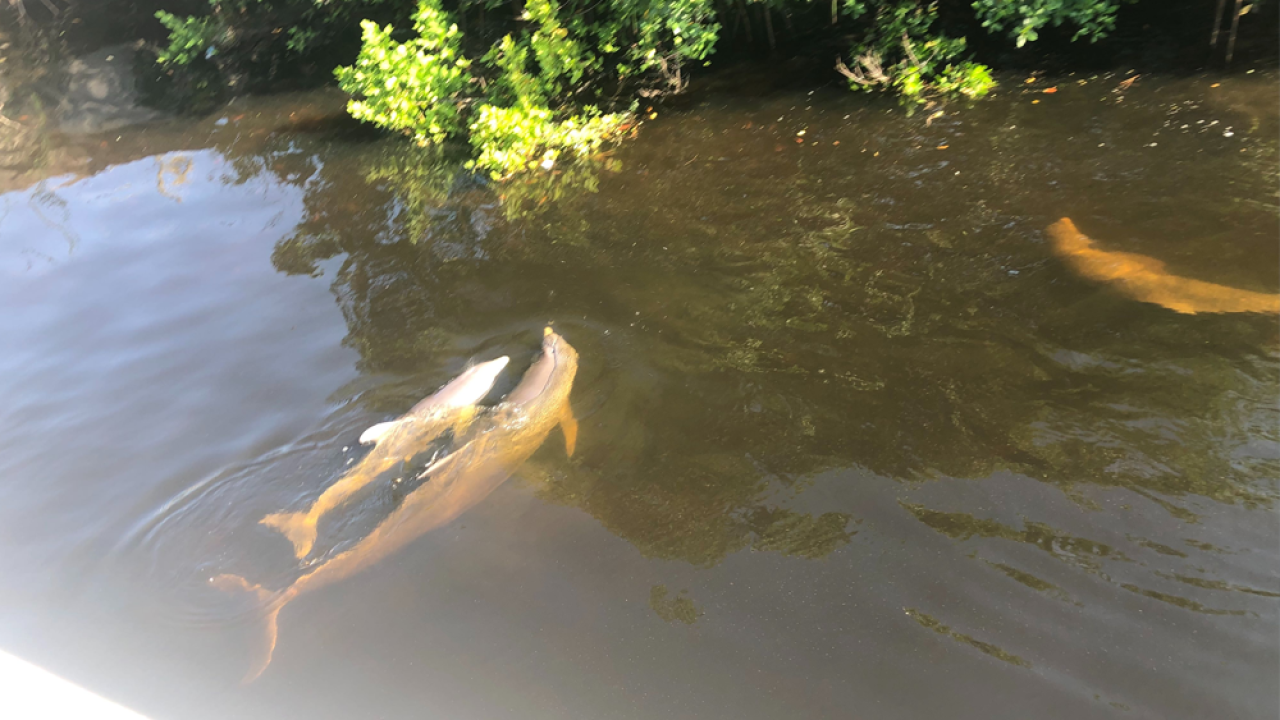 ST. PETERSBURG, Fla. — Four dolphins stranded in a canal in St. Petersburg are free after days of being trapped.

The four dolphins, that included two calves, were stranded in a canal near Fossil Park neighborhood off 4th Street North and the 78th Avenue bridge.

According to wildlife officials, the dolphins were stuck in the water since Sunday but did not appear to be in distress. ABC Action News learned that they wanted to wait a day to see if the dolphins would exit on their own with the tides, however they did not.

On Monday, FWC officers went to map out the canal and the waterways nearby to come up with a plan of action to push them to freedom.

Authorities were able to form a human chain where they used sounds, and vibrations of the water to push them away from the canal and into Riviera Bay.

Today, Clearwater Marine Aquarium assisted the Florida Fish and Wildlife Conservation Commission (FWC) in successfully encouraging a group of four dolphins out of a canal in St. Petersburg. Using a human chain to create a visual barrier, the dolphins were able to overcome the canal bridges which were believed to be perceived as obstacles. We’re so thankful to have great partners at FWC and wish to remind the public to please call 727.441.1790 Ext. 1 to report a stranding. Rescue conducted under the authority of Section 109h of the Marine Mammal Protection Act and executed by authorized and trained personnel. Attempting the same behavior in the wild is illegal under the MMPA (www.nmfs.noaa.gov/pr/laws/mmpa [nmfs.noaa.gov]) and can result in serious harm to both humans and animals.