Detectives: Father, son unable to open stolen safe, leave it on side of road 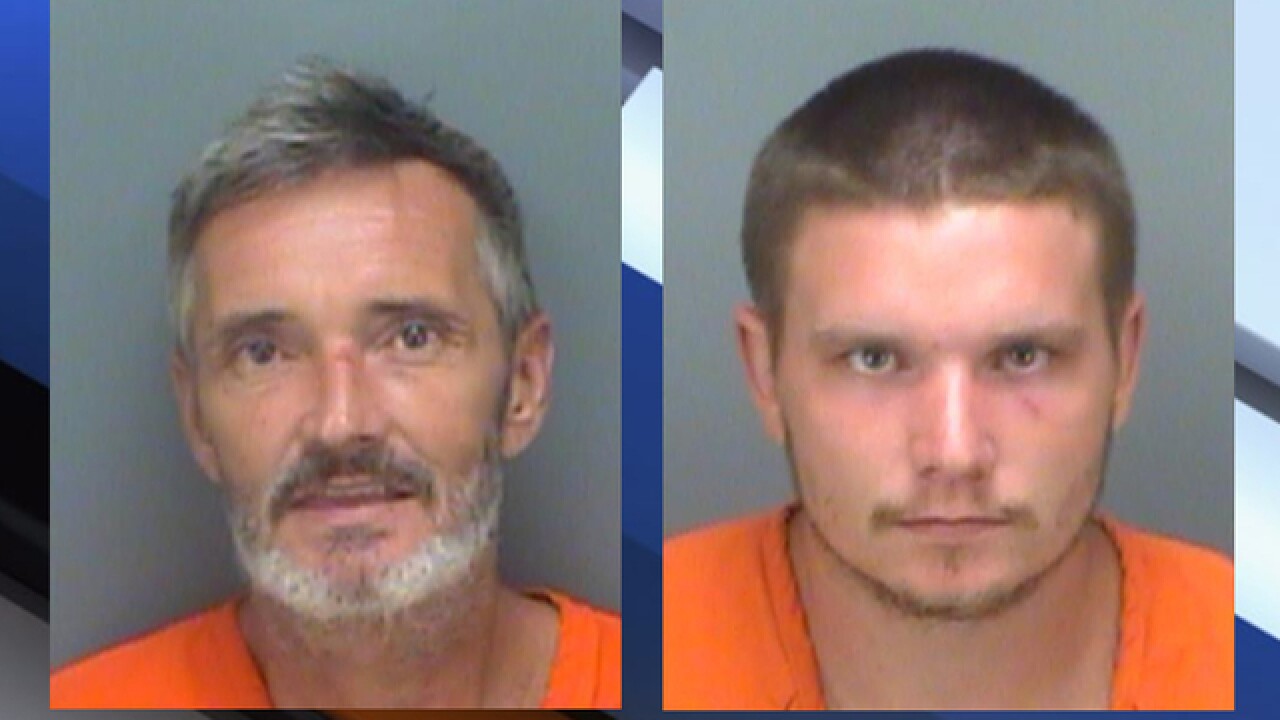 PINELLAS COUNTY, Fla. — A father and son used a chainsaw to break into a home and steal a safe, but when they were unable to open it they left it on the side of the road, according to detectives.

Detectives say, Joseph Robinson, 47, and his son Nicholas Robinson, 24, were going to sell or trade the stolen items for money and drugs.

The father and son used a chainsaw to remove the lock and get into the home along with another man, 46-year-old John Wallace. Detectives say Wallace had recently helped the homeowner move in and knew where the safe was located.

The men then used the chainsaw to cut the floor out of a closet to remove the safe, which contained two handguns, according to detectives. They also took a rifle and electronics from the home.

After getting the safe out of the home they used a truck to take it to an address in Clearwater, where they attempted to open it multiple times but were unsuccessful, detectives say.

The safe and rifle were then left on the side of the road. Authorities eventually located the stolen property thanks to a found property report.

Joseph Robinson and Nicholas Robinson were arrested Wednesday. They are each facing a felony charge for armed burglary.