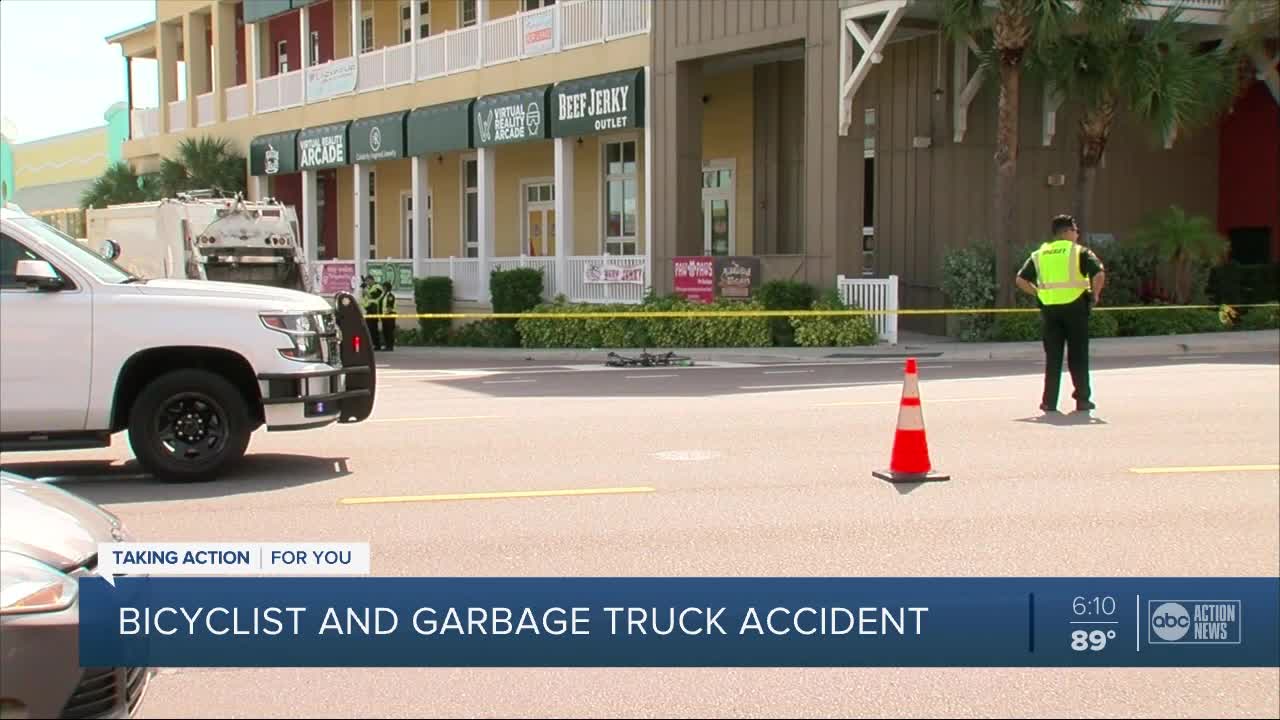 The Pinellas County Sheriff's Office is investigating after an accident with a garbage truck and a bicyclist Saturday morning. 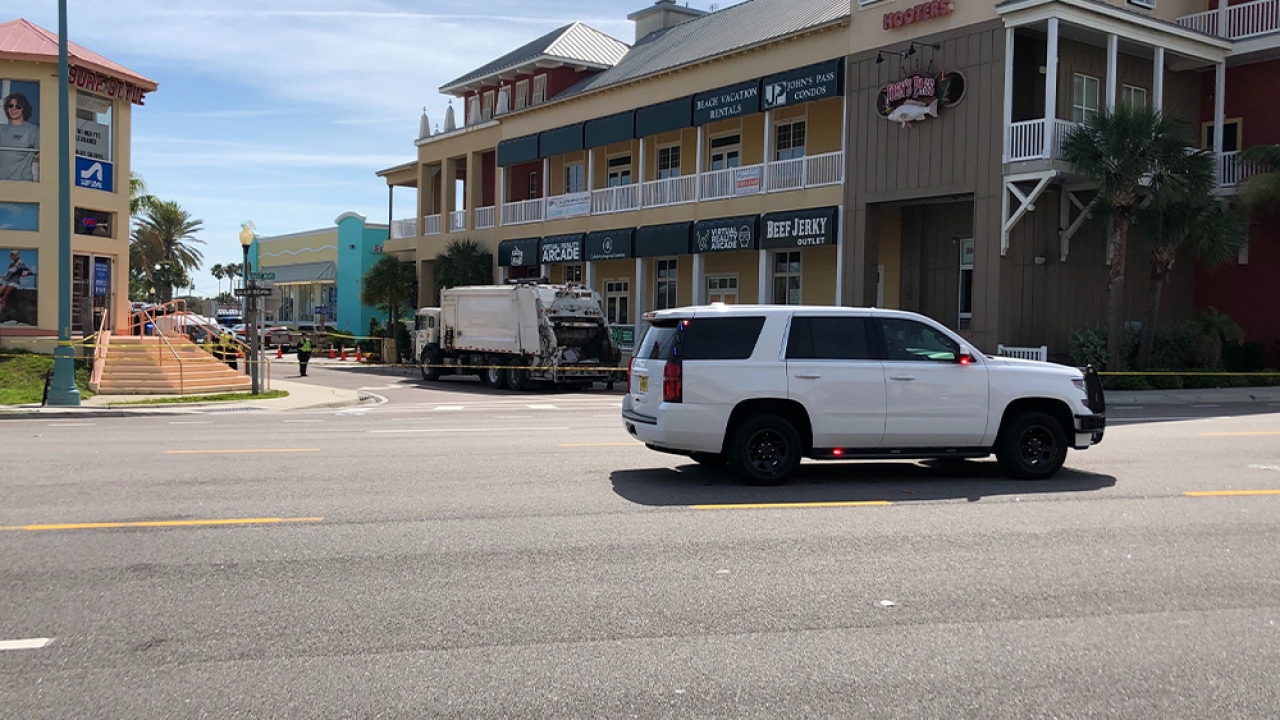 PINELLAS COUNTY, Fla. — The Pinellas County Sheriff's Office is investigating after an accident with a garbage truck and a bicyclist Saturday morning.

Investigators said the City of Madeira Beach garbage truck driver was crossing northeast on Gulf Blvd. to get to 129th Avenue West.

According to witnesses and the garbage truck passenger, the bicyclist was unable to stop at the base of the hill after crossing the bridge.

She then struck the passenger side of the garbage truck and was ejected from her bicycle. She was wearing a helmet at the time.

She was transported to Bayfront Hospital with critical injuries.

Impairment and speed do not appear to be a factor in the crash.