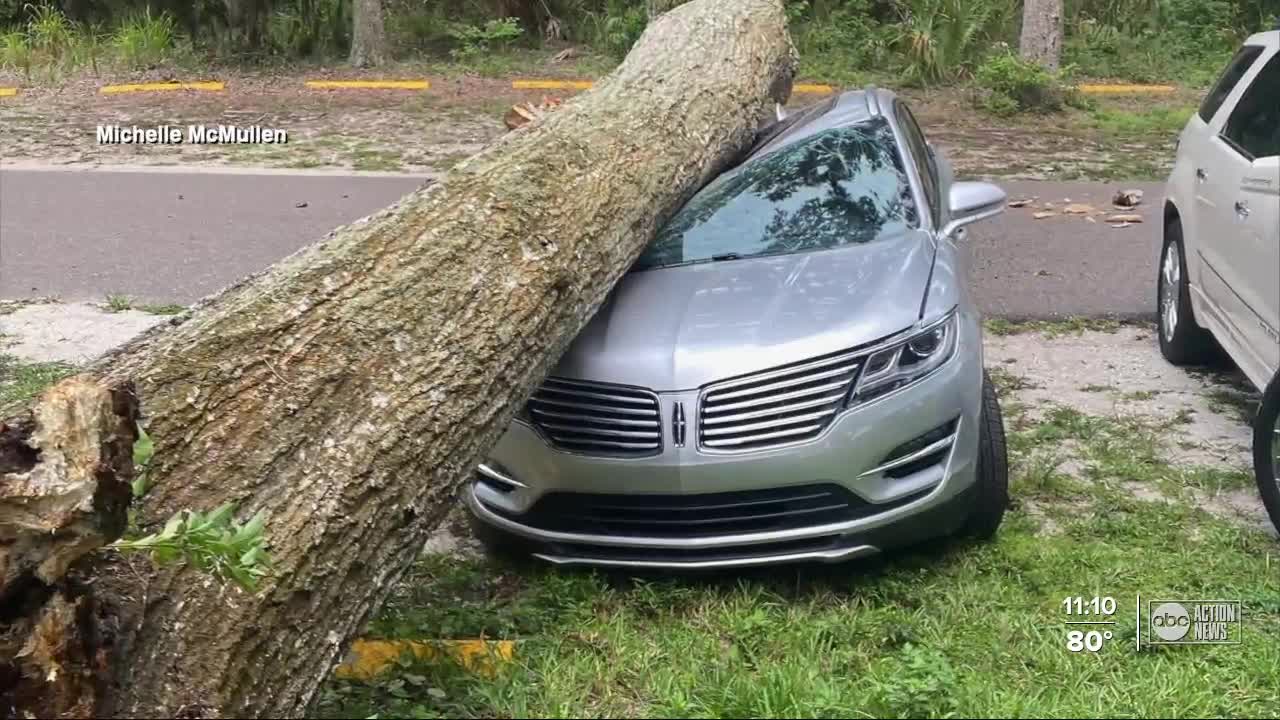 It was a terrifyingly close call in Safety Harbor when an oak tree toppled onto a Tampa woman's car. 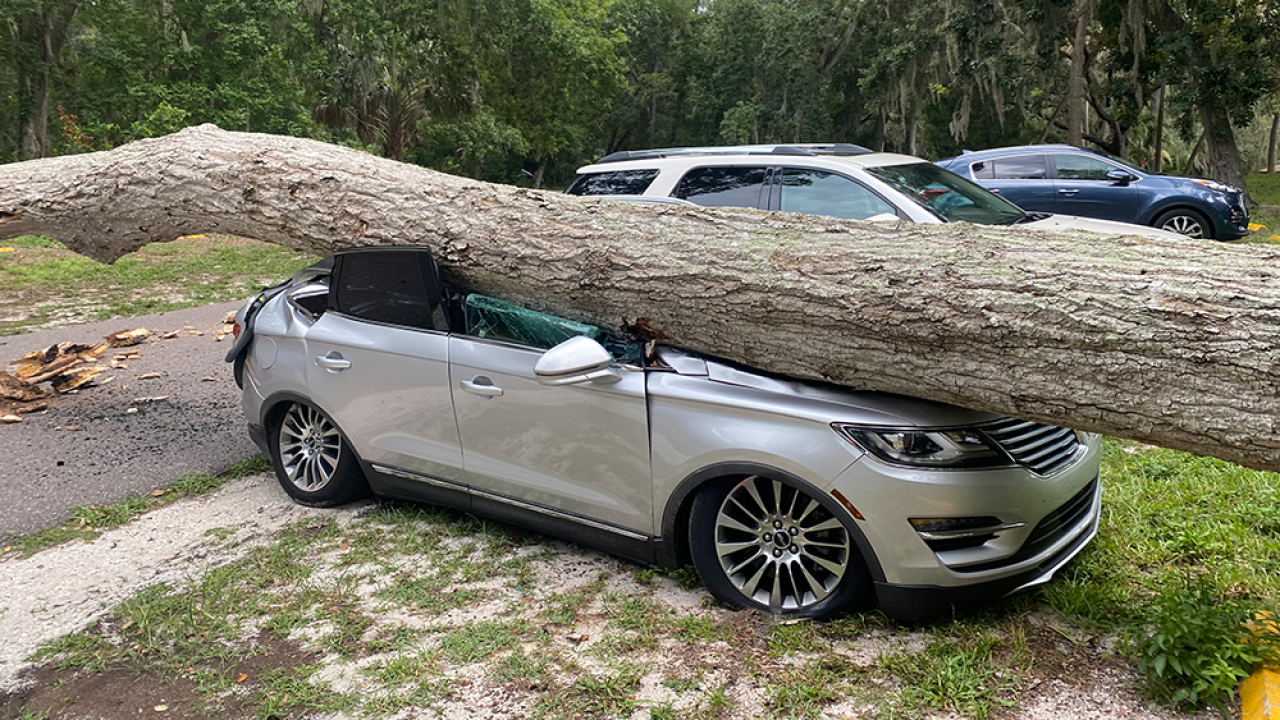 SAFETY HARBOR, Fla. -- It was a terrifyingly close call in Safety Harbor when an oak tree toppled onto a Tampa woman's car.

Michelle McMullen tells ABC Action News, her vehicle was parked near shelter 7 at Philippe Park, where a wedding was underway nearby.

McMullen is relieved she wasn't inside when the tree came crashing down.

"It was a scary moment," said McMullen. "The men from the wedding came charging out thinking someone was in the car."

McMullen says it's been nearly three weeks and is still going back and forth with Pinellas County officials, looking for help with repairs and damaged items.

The toppled tree totaled the car.

"I have no way to get to and from work. My son starts school next week. I’m just in a really bad position," she said.

McMullen says the county should have placed a sign or tape around the dead tree to warn park-goers of the hazard.

According to Dave Connor with Pinellas County Marketing and Communications, "The tree in question was scheduled for removal during the next maintenance cycle, which would give a chance for the active pileated woodpecker nest in the tree to complete. Dead trees, whether standing or fallen, provide habitat for birds, reptiles, mammals, and insects—nearly 40 bird species in Florida nest in tree cavities. Our Urban Forestry Division manages those standing dead trees in parks by turning them into “snags,” when appropriate. Generally, that means they reduce the tree size and periodically prune it and inspect it to manage risk. Of course, they’re always prepared to remove the snag completely if it appears to be unsafe."

"I think that it was a wake-up call that these trees need to be cared for a little bit more and the next week we did see quite a few trees out here being trimmed," said neighbor Michelle Gallagher.

Pinellas County officials say they are now working with McMullen's insurance company to figure out a way forward with potential compensation for damages.

"The County has requested the claimant submit a list of personal property loss to the County for content that was inside the vehicle, for evaluation and reimbursement if appropriate," Connor says.