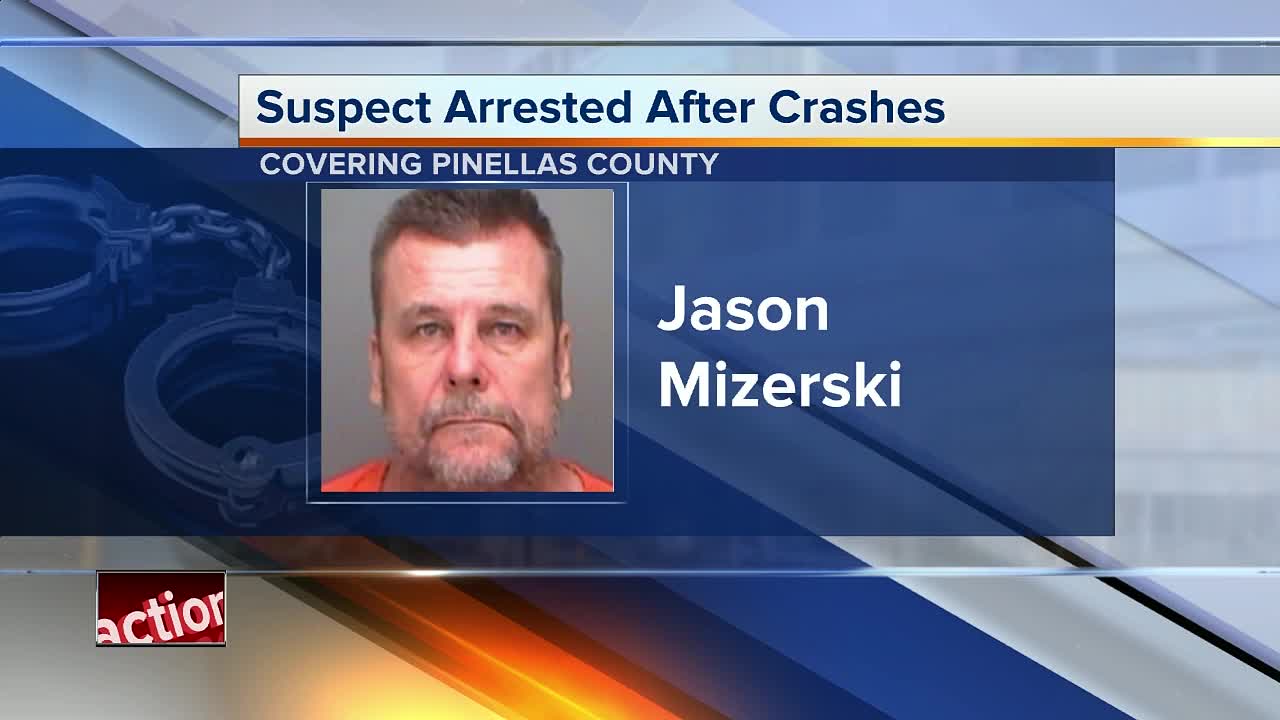 A Clearwater man faces 14 criminal charges following a string of crashes he left behind on U.S. 19 Tuesday morning, police say. 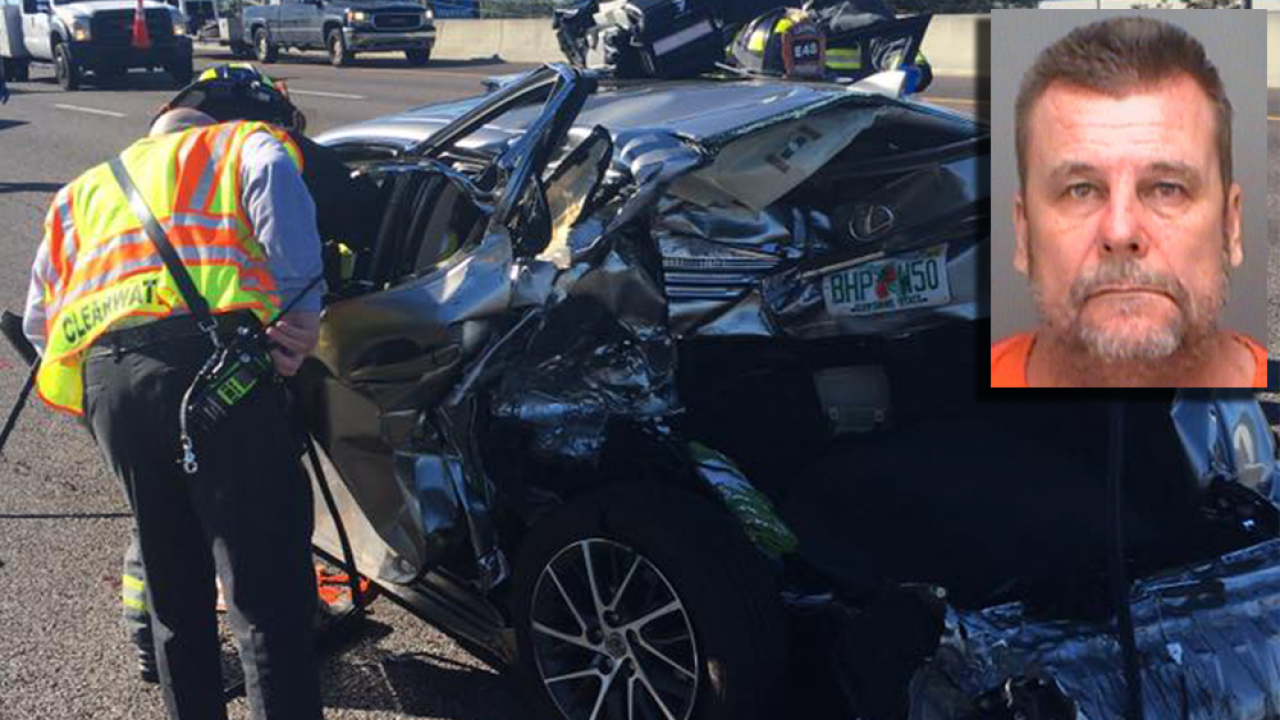 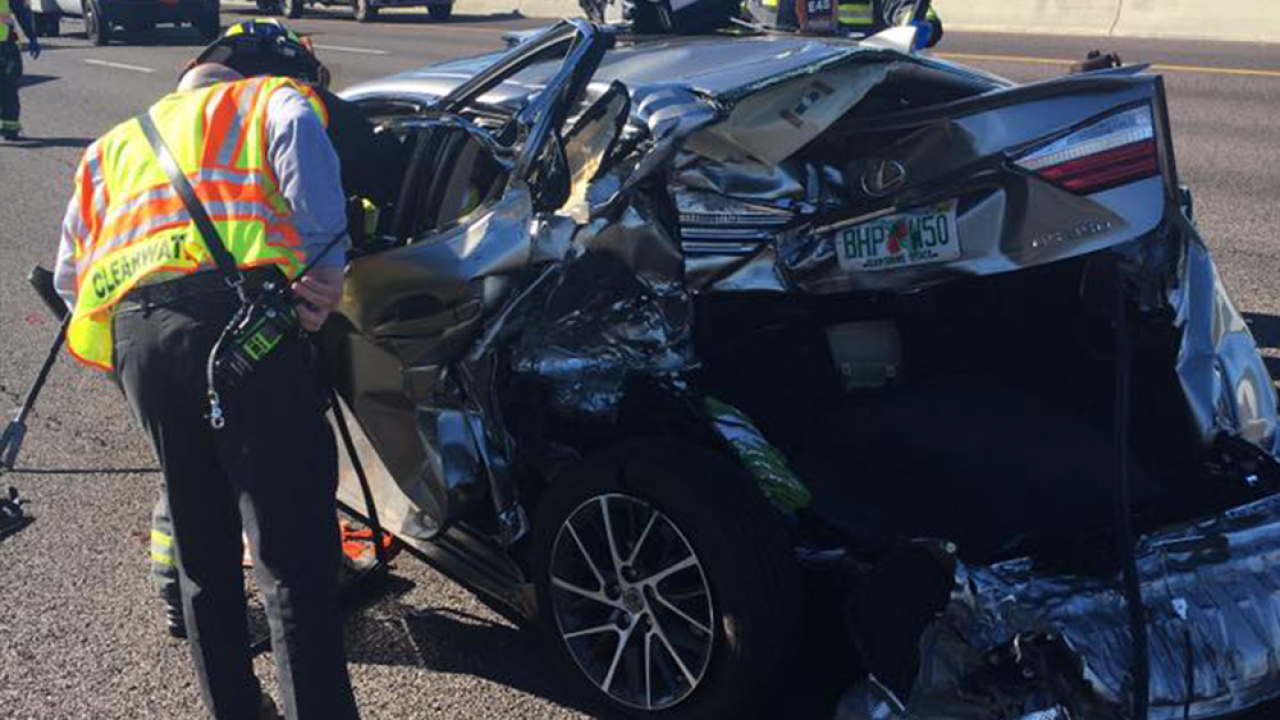 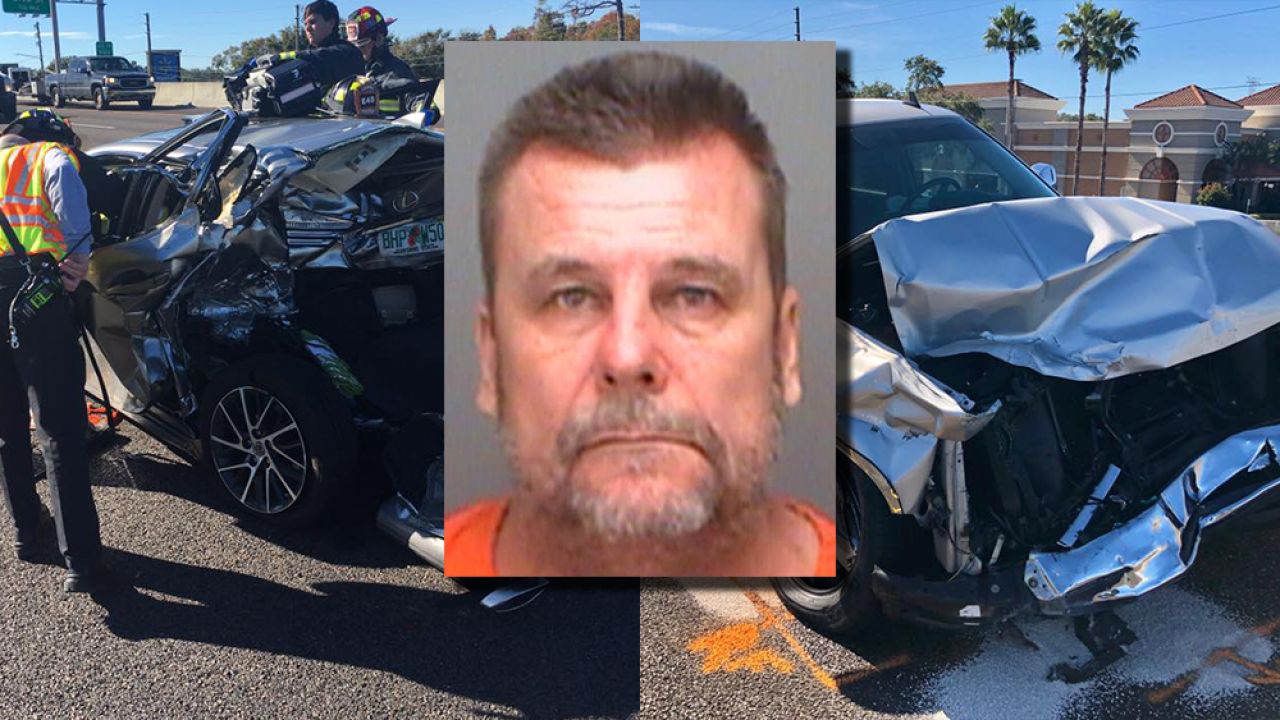 Jason Mizerski, 52, was booked into the Pinellas County Jail on Tuesday evening. Clearwater Police investigators say that Mizerski was behind the wheel of a 2011 Chevrolet Silverado when he caused four different crashes, before leaving the scene.

Mizerski was taken to Bayfront Health St. Petersburg after initially being found unresponsive in his 2011 Chevrolet Silverado. Traffic homicide investigators suspect he was under the influence of drugs at the time of the crashes.

Suggested: How Florida law allows drunk drivers to get behind the wheel again and again

According to police, his license had already been permanently revoked for too many DUI arrests. He's had three such arrests in 2018 alone.

Two people in the vehicles he struck were taken to local hospitals, the extent of their injuries is unknown.