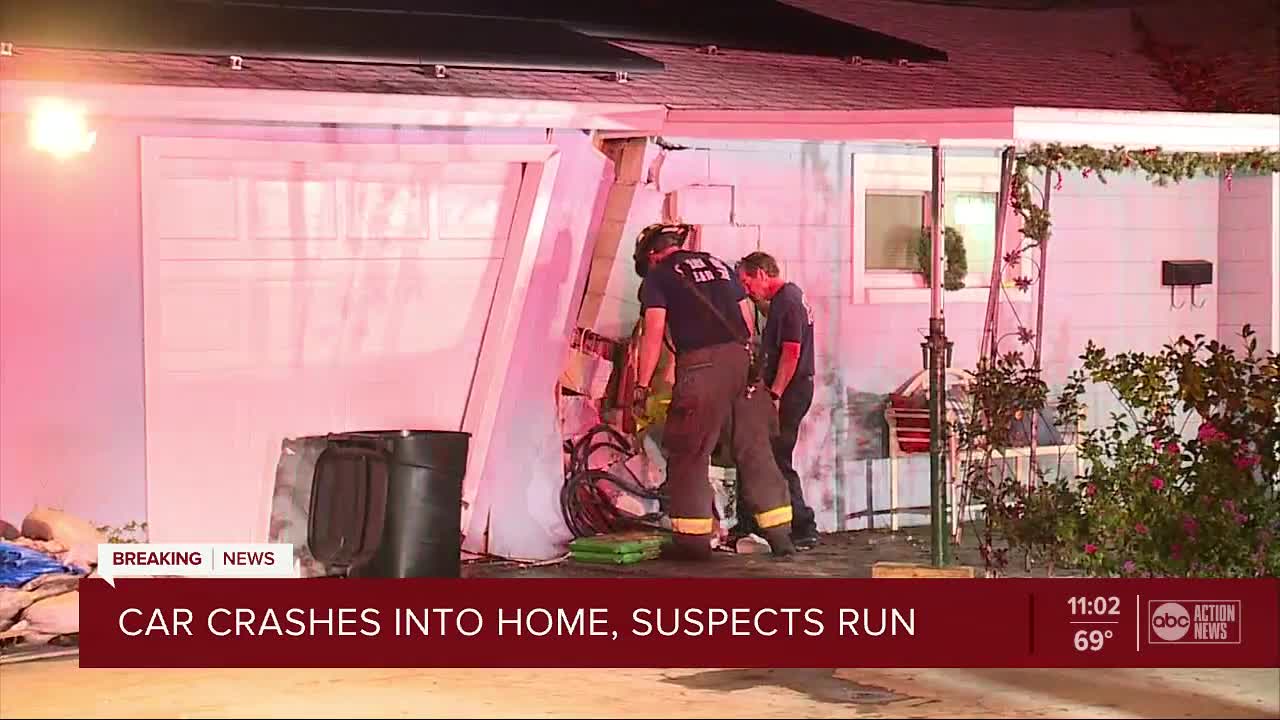 Two people are in custody after crashing their car into a house in St. Petersburg and running away from the scene. 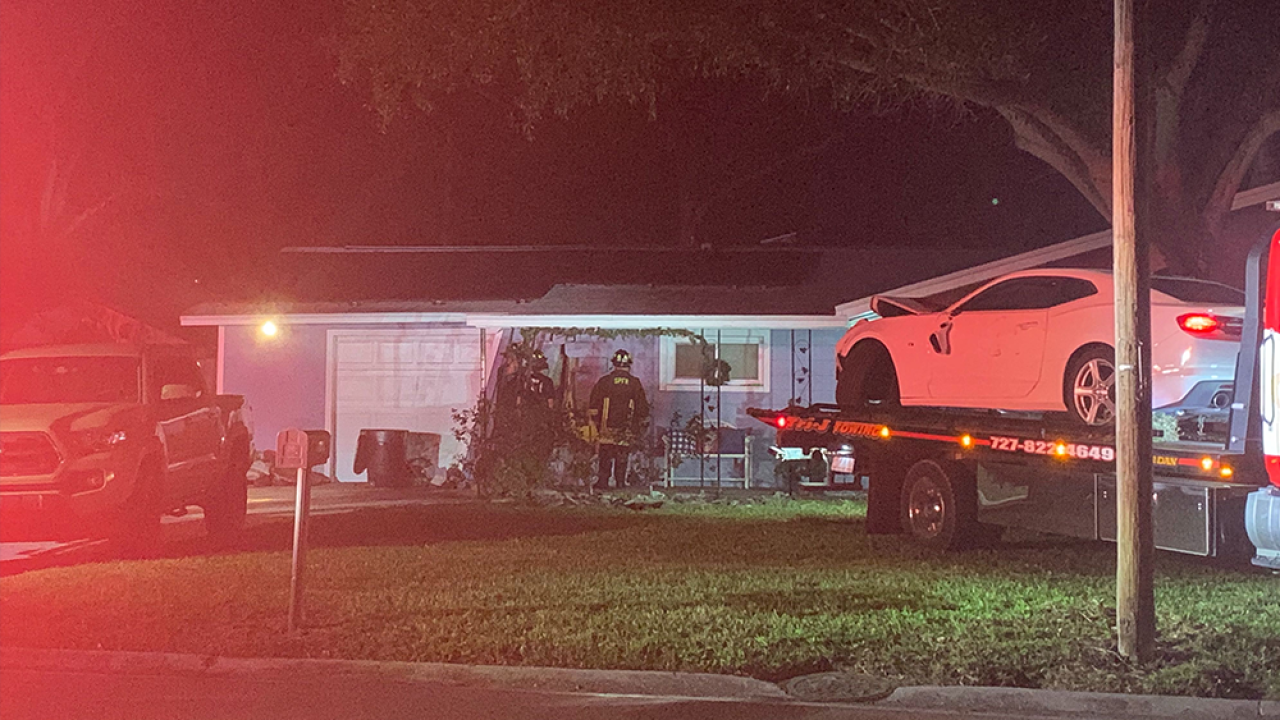 ST. PETERSBURG, Fla. -- Two people are in custody after crashing their car into a house in St. Petersburg and running away from the scene Wednesday night.

The St. Petersburg Police Department attempted a traffic stop near 49th Avenue North and 16th Street North a little before 8:30 p.m. The suspect car, a 2019 white Chevrolet Camaro, refused to stop and eventually crashed into a house in the 4700th block of 19th Street North.

Both the driver and the passenger left the Camaro and ran off on foot before they were found and placed in custody, police say. No one was hurt inside the home, police said.

Firefighters checked out the damaged home and deemed it safe for the residents to stay there.

Officers found drugs inside the abandoned Camaro. Officials have not identified the two suspects.