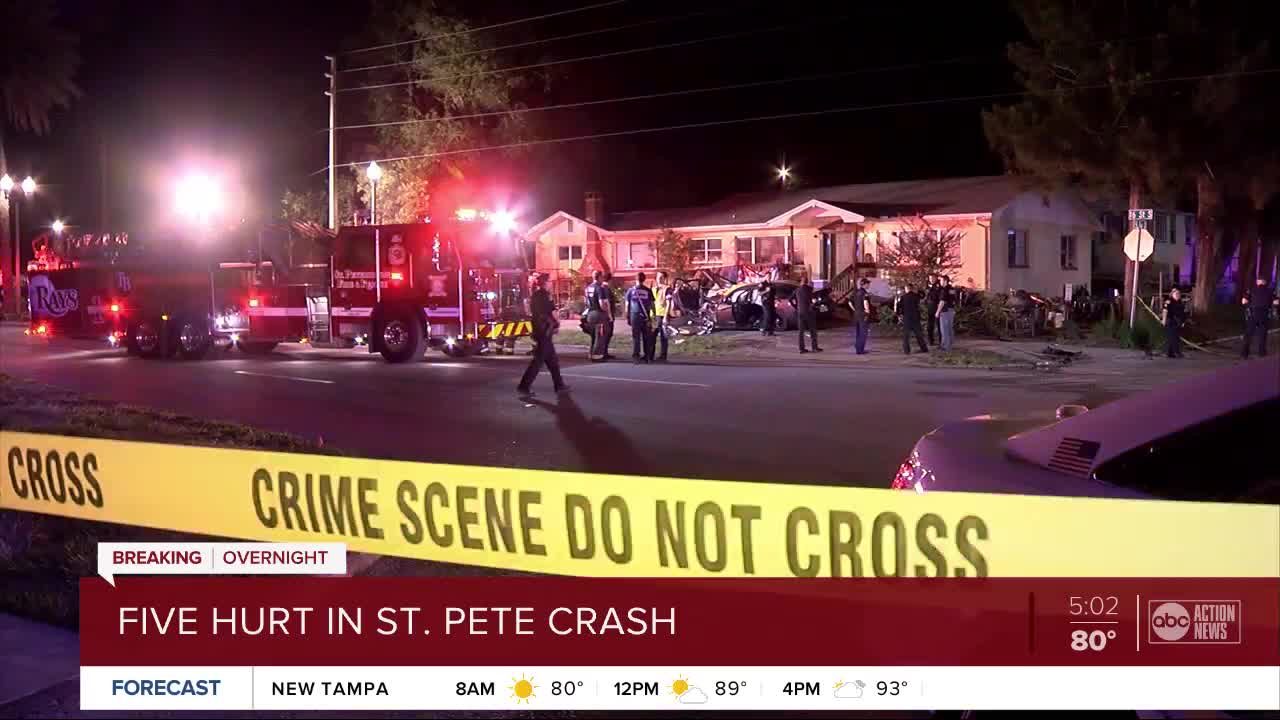 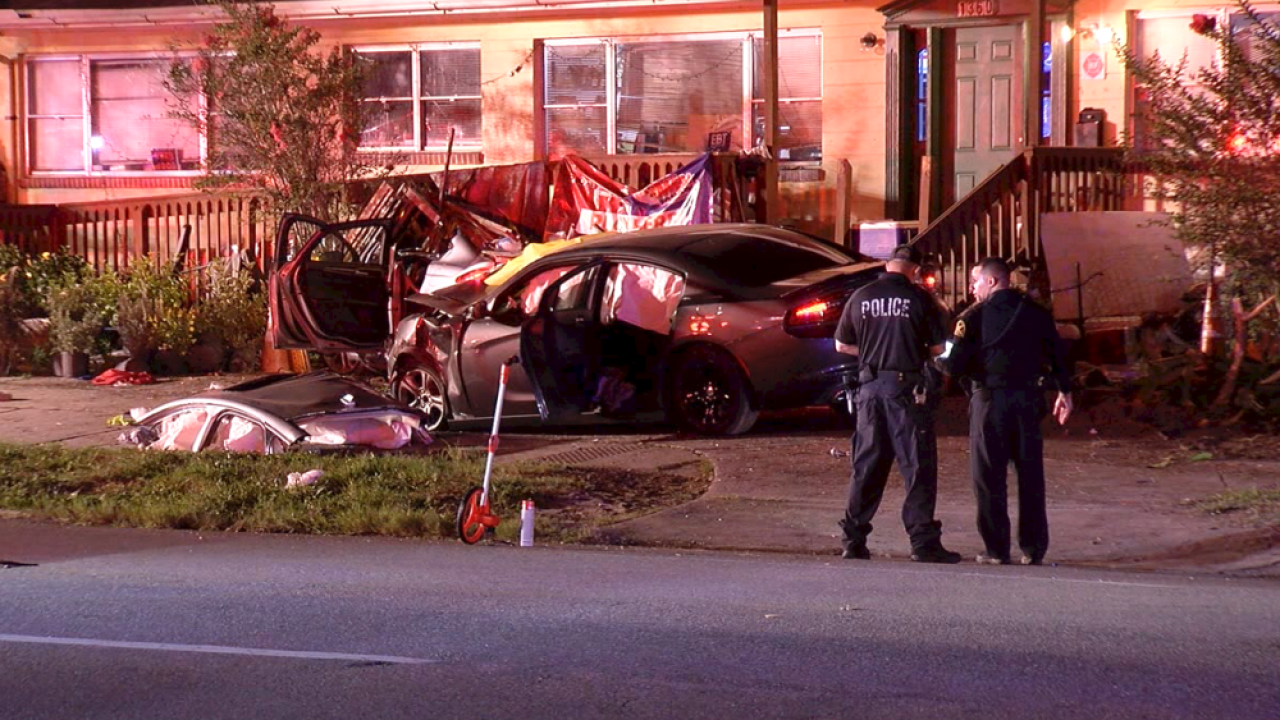 According to police, it happened in the 1300 block of 16th Street S. just before midnight. Police say two cars, a gray 2016 Dodge Charger and a 2020 silver Ford Fusion, crashed into a store that's in a building that looks like a home.

The five victims were taken to local hospitals for treatment; at least one was transported by a helicopter.

A 17-year-old girl and 19-year-old woman in the Charger also suffered minor injuries.

According to police, they believe shortly before 11 p.m. the two vehicles collided in the intersection of 16th Street South and 14th Avenue South. Both drivers lost control and swerved off the road and into a porch in front of the building.

The cause of the collision is still under investigation. Police say no one inside the building was injured.

The investigation is still ongoing and police say, at this time, they don't believe either vehicle was stolen. They say the driver of the Fusion ran away from the scene after the crash. They are still trying to locate that person.

Detectives closed 16th Street South between 15th Ave S and 13th Ave S for several hours during the investigation. The area has since reopened.

The police department says more information will be released as it becomes available.