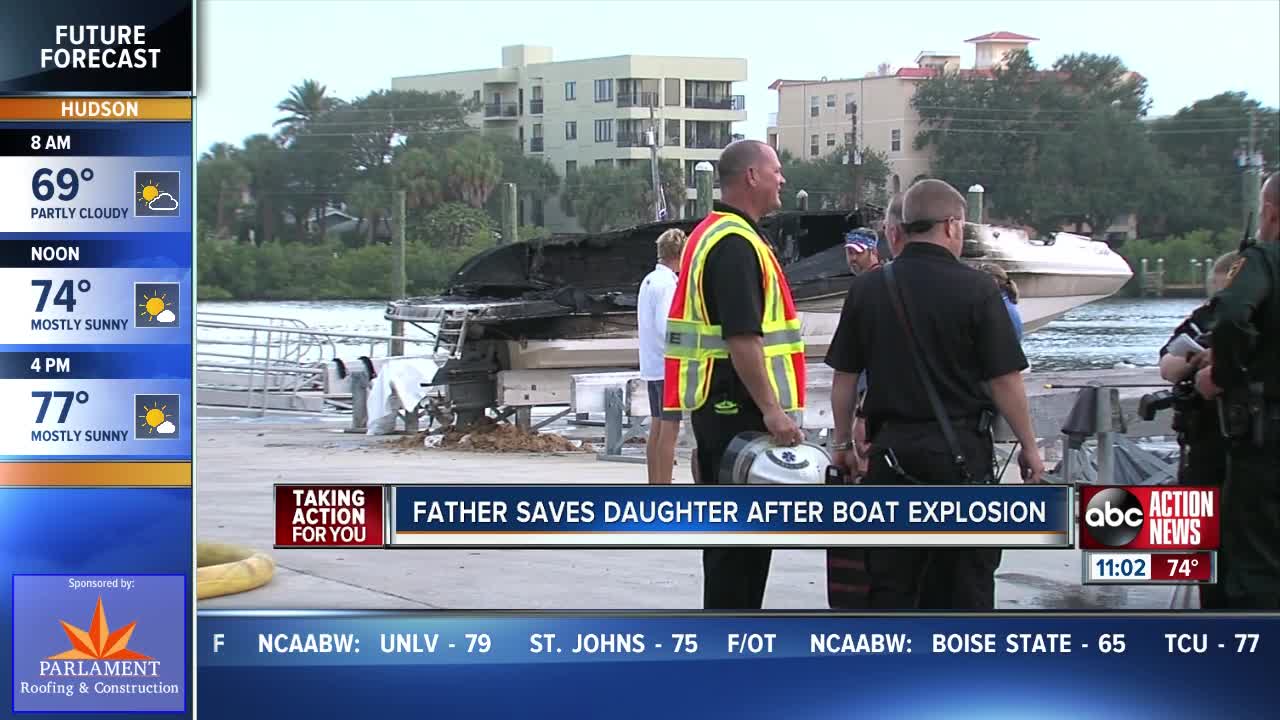 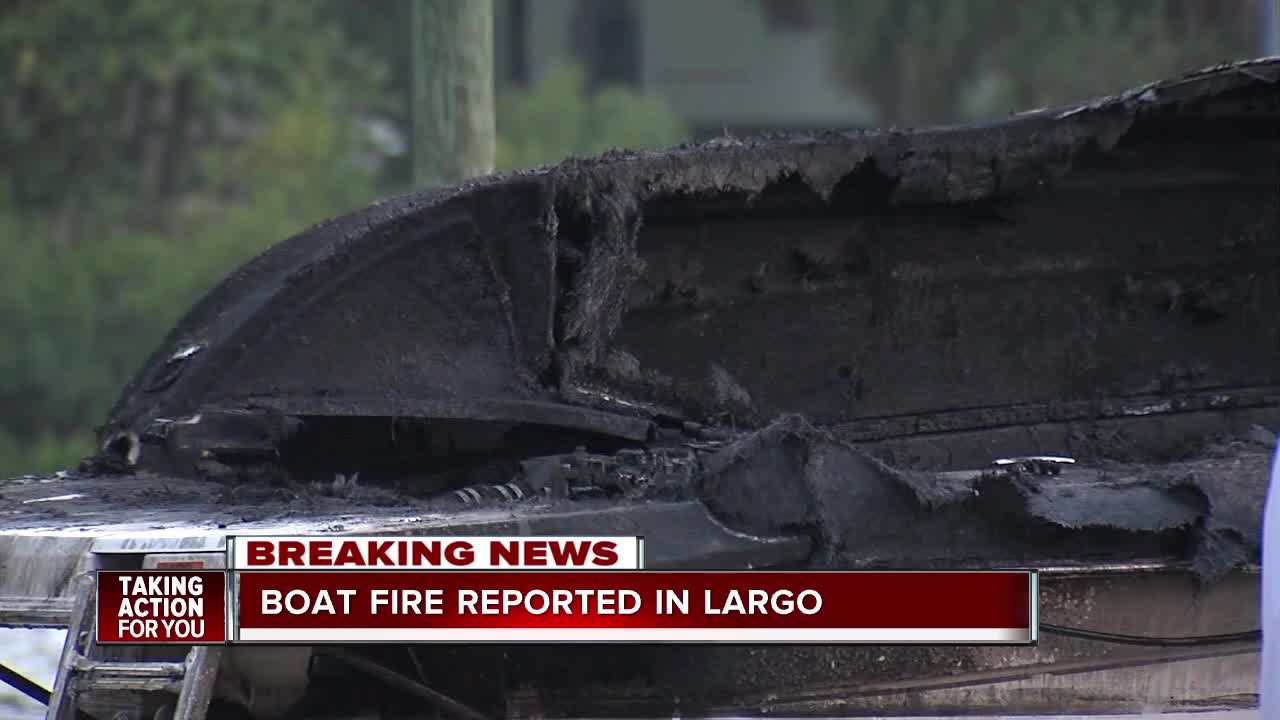 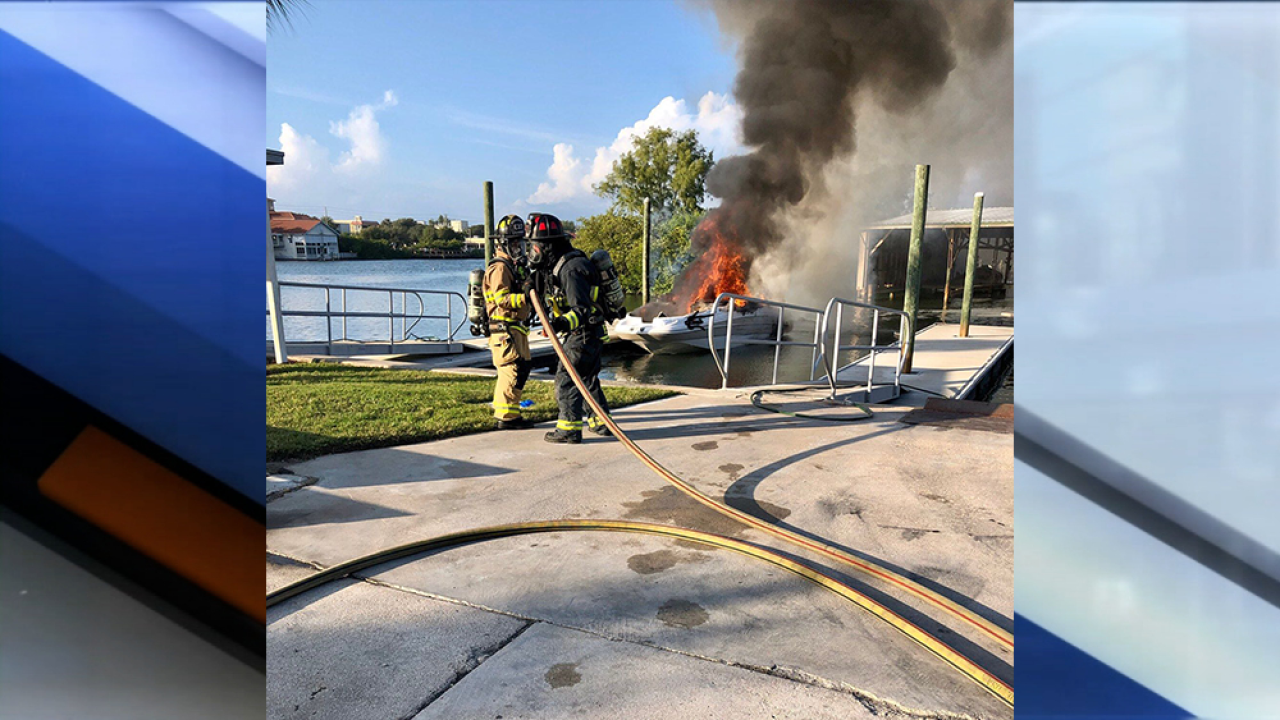 LARGO, Fla. — Deputies said there were no serious injuries following a boat explosion that threw a family off of it.

The Pinellas County Sheriff's Office Marine and Patrol Units were called to a boat that exploded at the Indian Springs Marina around 3:55 p.m. Sunday.

Deputies said some fuel overflowed and spilled as a deck boat was filled with fuel. The boat's owner, 50-year-old David Weil, told deputies after cleaning up he tried to crank the boat to start it several times before it suddenly exploded. Weil told deputies the blast threw him onto the dock.

The blast caused Weil's 21-year-old daughter, Hope Weil, to fall into the water.

David Weil, uninjured, jumped in to rescue her. Investigators said she was taken to a hospital as a precaution with minor injuries to her legs.

The Sheriff's Office said the blast also knocked down his wife, 49-year-old Gail Weil, and their family friend, 25-year-old Ryan McMahon. Neither were injured.

"It was beautiful day, so a nice day on the water. It’s an unfortunate incident but I think everybody’s gonna be okay so at least we have that," said Jeremy Sidlauskas, a district chief with Pinellas Suncoast Fire and Rescue.

Investigators said the explosion caused the boat to catch fire. Marina staff tried to put it out before firefighters arrived on scene and extinguished the flames. The boat partially sank at the dock, though.

Firefighters reported the fire caused about 100 gallons of fuel spilled into the Intercoastal Waterway. The shut down the waterway as crews worked to clean it up.

"The tide has been in our favor as far as that goes so all of the fuel that’s on top of the water has stayed in this area," Sidlauskas said at the time.

By Sunday night, the Sheriff's Office reported everything was cleaned up and waterway access was open.

Investigators said the cause of the fire does not appear to be suspicious.