Two counties work together to save horse that fell in hole 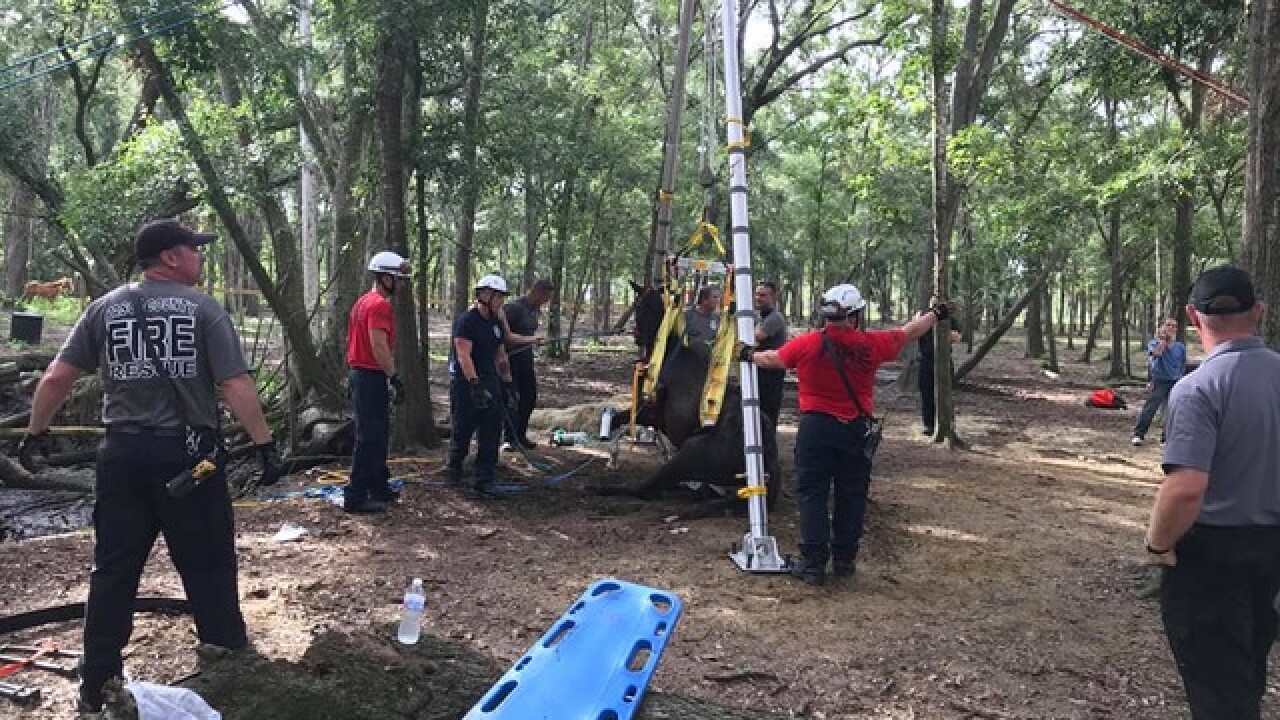 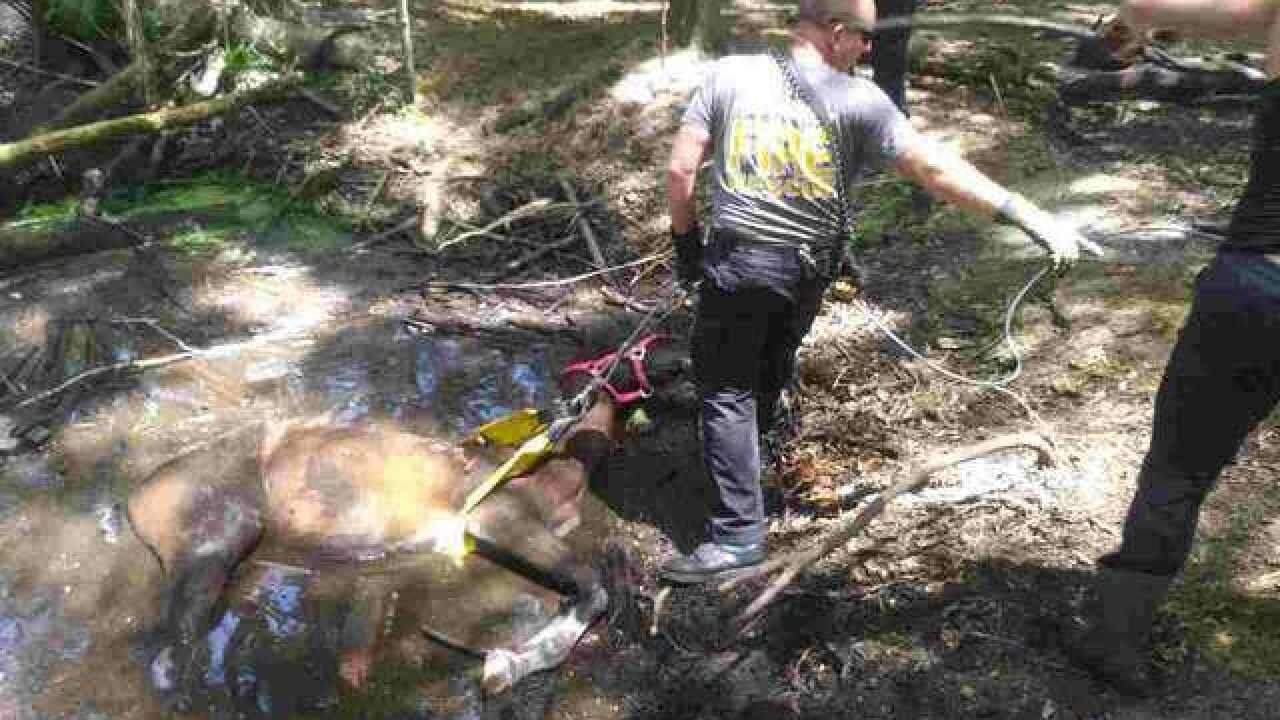 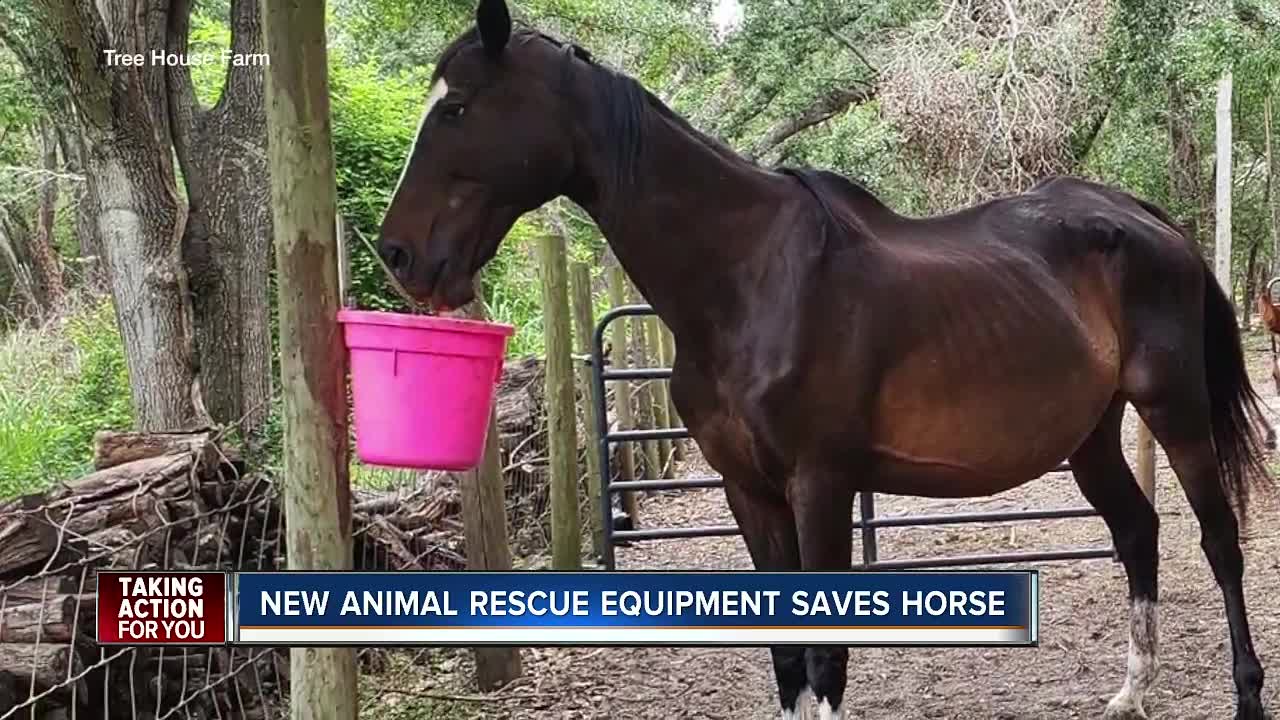 PASCO COUNTY, Fla. — It took rescue teams from two counties to save a horse that had fallen in a hole on its owner's property and couldn't get out.

Fire rescue crews from Pasco and Hernando worked together to save the life of a mama horse.

The horse’s owner says she rescued 'Queen' from a neglect case about a year ago.

"She was super skinny, had a really bloated belly from the wrong kind of hay," said Danielle Nalven.

As she got healthier, Nalven learned that Queen was pregnant, and one day she came out to find a surprise.

"She had delivered (a filly), the umbilical cord was gone and she was good to go," said Nalven.

Things were going well for Queen and her filly.

But on Friday, something terrible happened. Somehow Queen fell into a hole on the property and couldn’t get out.

"She couldn’t get up, she had no energy and I thought she was going to die," said Nalven.

Nalven called Pasco County Fire for help. They were able to put straps around Queen and pull her out of the hole. But she was hypothermic and weak.

"I just knew that if she could get up again that she could eat and drink and have a chance, but she couldn’t get up," said Nalven.

"I’m forever in debt. Thank you is such a little word for something that they did that is so huge," said Nalven.

Queen still has a long way to go before she's back to full strength but she’s now recovering at Brandon Equine Vet Hospital.