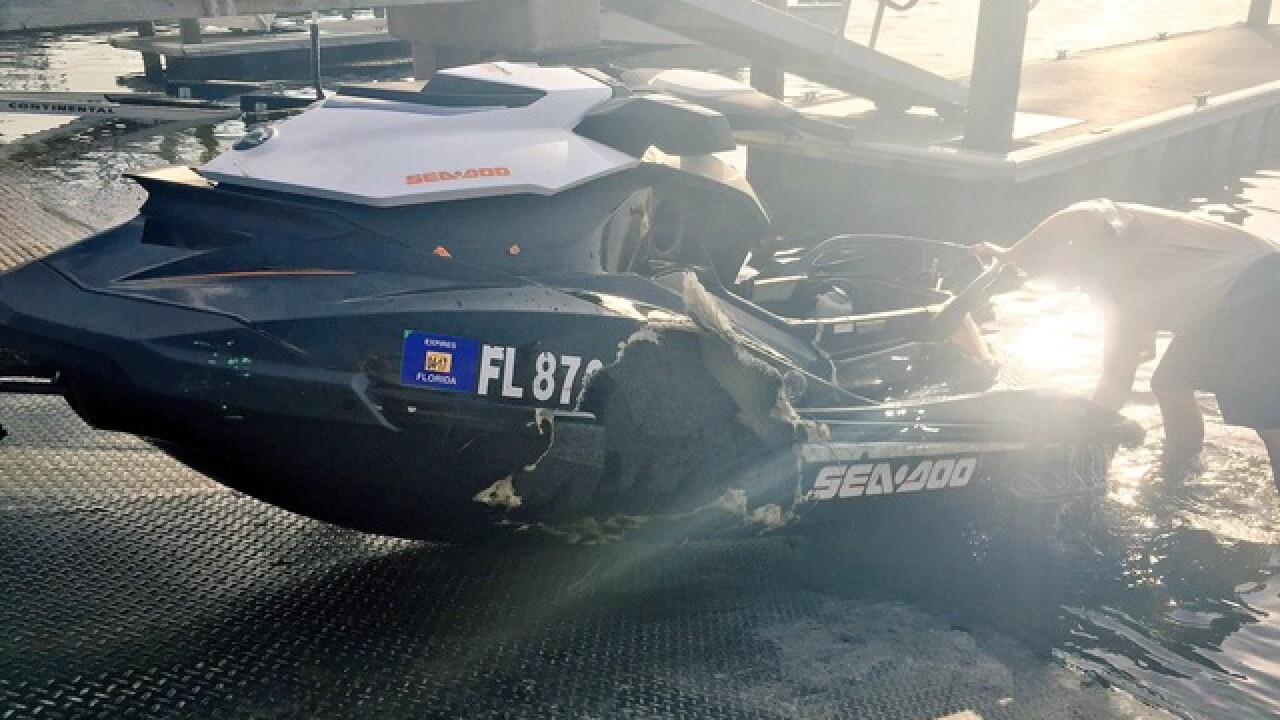 A 16-year-old was airlifted to an area hospital after hitting a channel marker in a jet ski near Fred Howard Park in the Intracoastal Waterway.

According to investigators with Florida Fish and Wildlife Conservation Commission, the teenager hit a channel marker and was thrown from the jet ski.  A Good Samaritan was able to pull the 16-year-old from the water.
"Luckily, a Good Samaritan arrived on scene and assisted in getting the individual to additional help," Lt. Baryl Martin with FWC said.  "At this point, we are still conducting the accident investigation.  We have investigators on scene at the hospital trying to determine what happened and making sure he is ok and everything gets documented."
The teenager’s condition wasn’t immediately available.  The accident did not involved any other boats or jet skis.
This is a breaking news story. Please check back for updates.
Copyright 2016 Scripps Media, Inc. All rights reserved. This material may not be published, broadcast, rewritten, or redistributed.