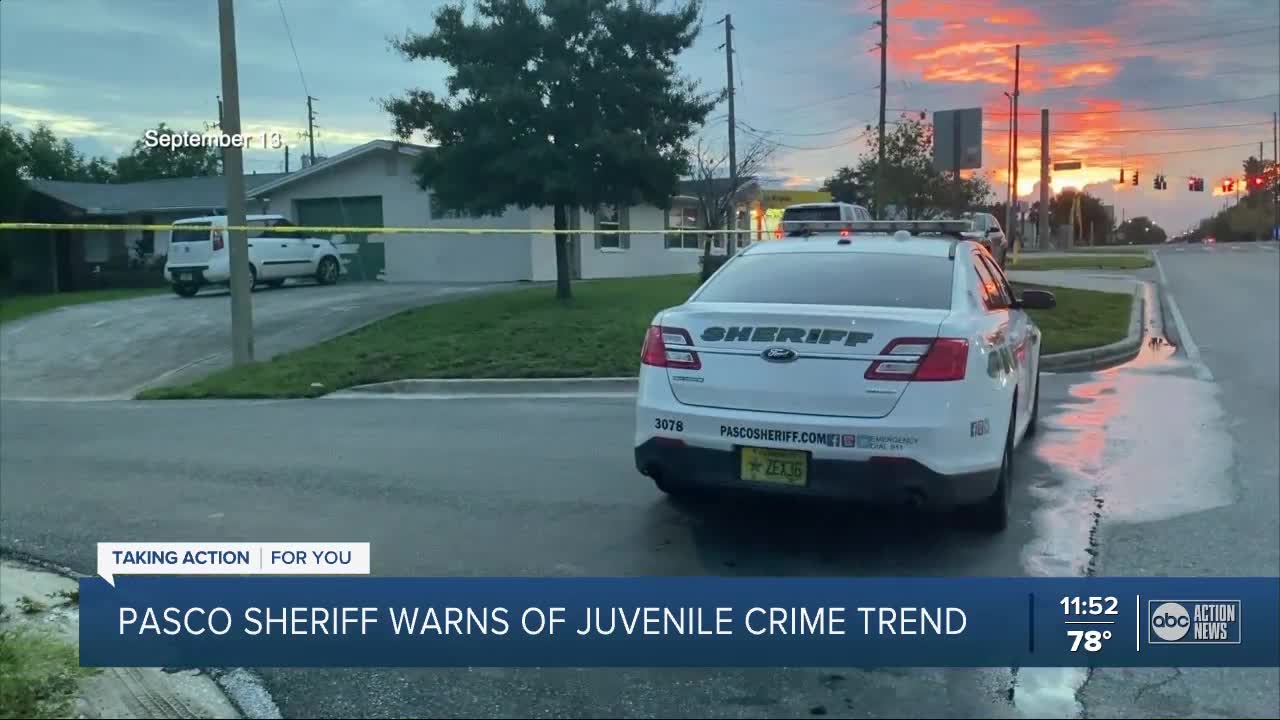 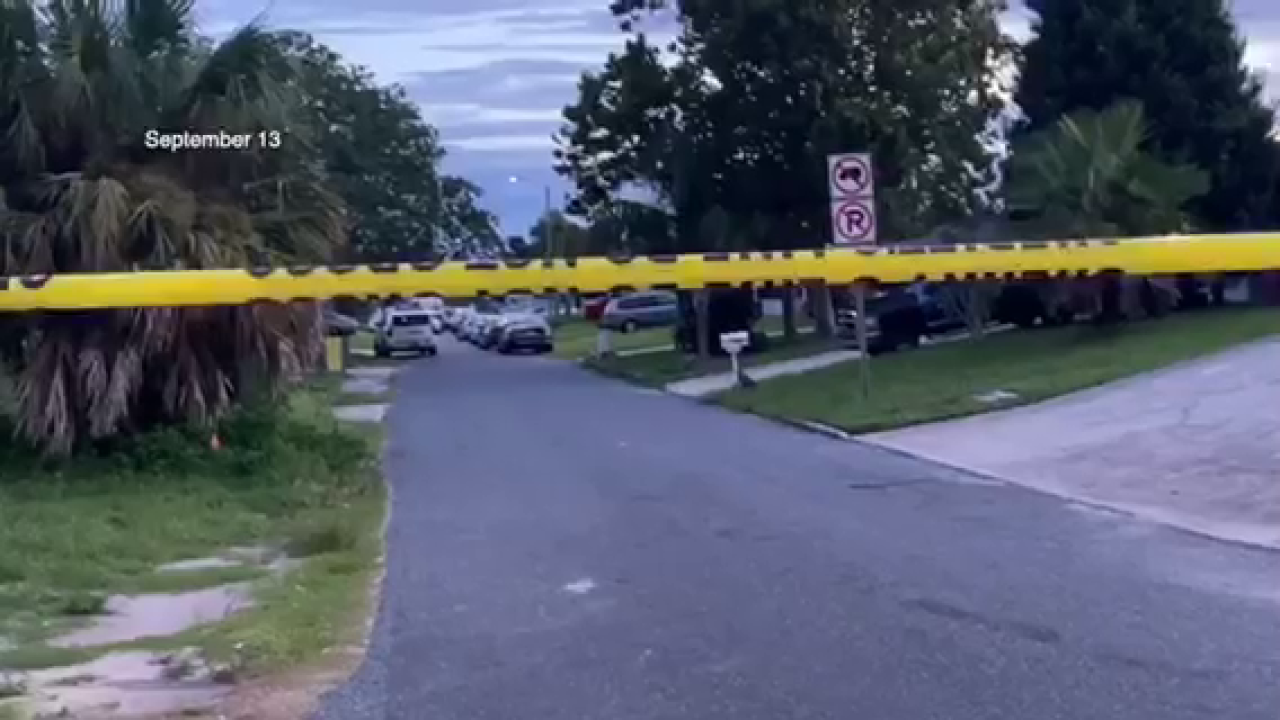 NEW PORT RICHEY, Fla. -- A shooting spree that left a nurse dead highlights a growing crime trend in Pasco County, according to the sheriff.

Sheriff Chris Nocco says two groups of feuding juveniles went on a shooting spree at two different locations on the weekend of September 12.

The Pasco County Sheriff’s Office has released new surveillance video showing a person of interest involved in the shooting death of a nurse.

The sheriff’s office believes she was the mother of the intended target, who lives on Irene Loop in New Port Richey.

Investigators have arrested the alleged shooter, a 17-year-old boy, but they say three or four others are still wanted.

“You see an innocent mother, nurse, wife get killed watching TV in her house and this is done by a juvenile,” said Sheriff Nocco.

Sheriff Nocco tells ABC Action News that violent crimes committed by juveniles are on the rise in Pasco County.

“If you look across the Tampa Bay region, other counties have a lot of resources for prevention programs to address juvenile issues and in Pasco we don’t have that luxury,” said Sheriff Nocco.

Last week, Pasco deputies chased two teens who they say were speeding in a stolen vehicle off State Road 54 in Wesley Chapel.

Sheriff Nocco warns much of the crime being committed by juveniles is tied to stolen firearms left in unlocked vehicles.

“Keep it locked, keep it secure, do not leave it in your car overnight,” said Sheriff Nocco. “Bring it inside your house. Those simple things will help save a life in our community.”