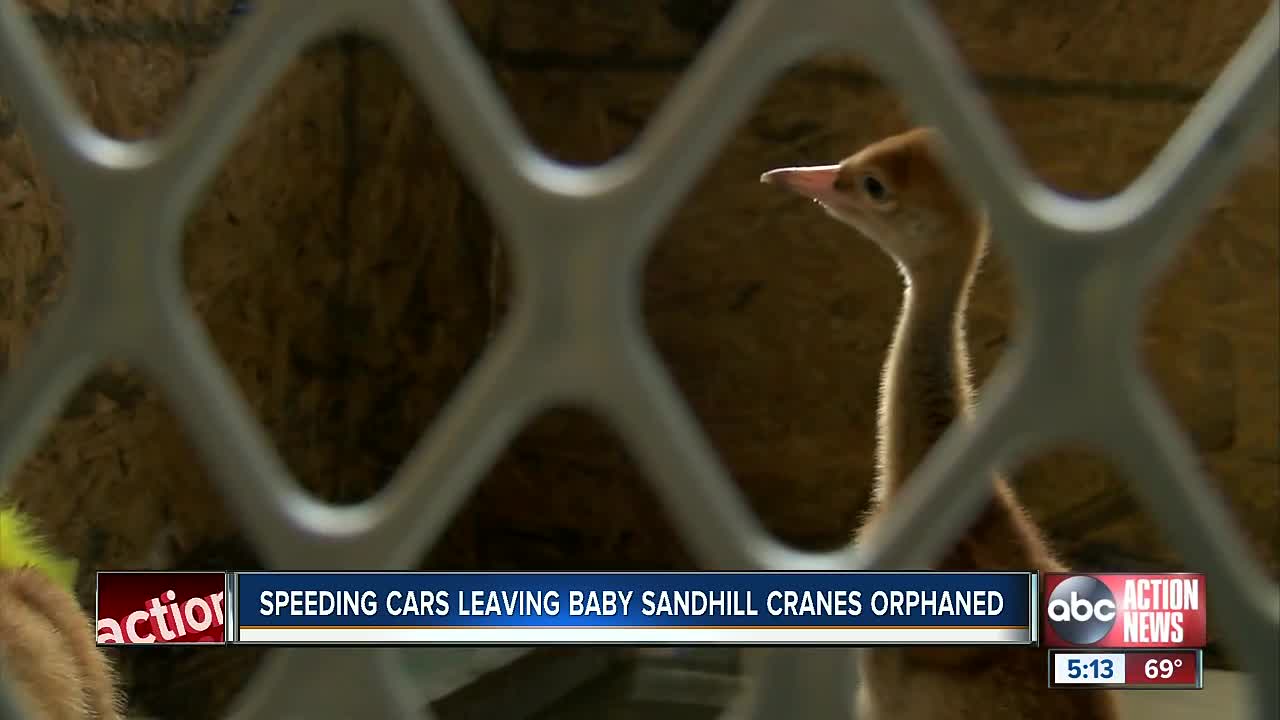 Sandhill cranes are being hit by speeding cars all over the Tampa Bay area and in some cases, it’s leaving their babies orphaned. 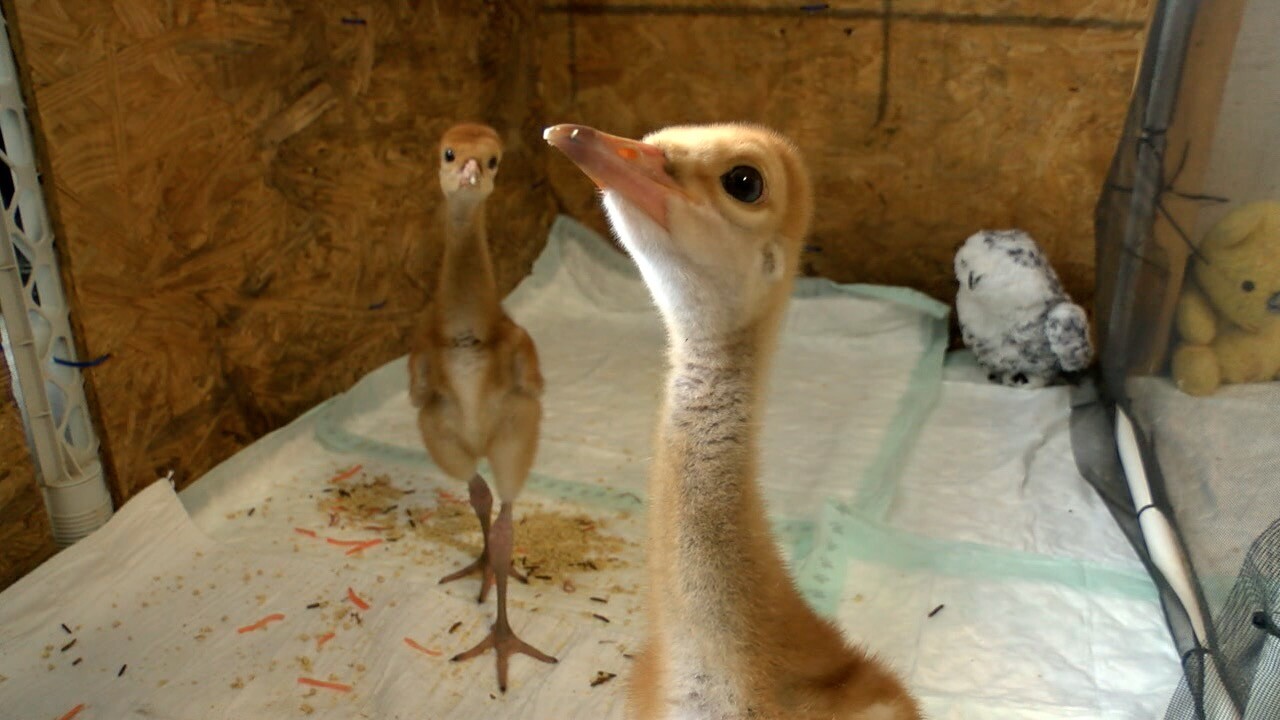 PASCO COUNTY, Fla — Sandhill cranes are being hit by speeding cars all over the Tampa Bay area and in some cases, it’s leaving their babies orphaned.

Adult cranes in urban, suburban and rural areas are tagged with GPS transmitters that collect multiple GPS locations daily. Preliminary data shows some urban cranes live solely in urbanized areas, meaning they are living among us.
“They use suburban yards, grassy roadsides and golf courses as upland habitat and retention ponds or lake edge for wetlands,” the FWC Fish and Wildlife Research Institute said on Facebook. "However, most tagged urban cranes regularly moved between rural areas to suburban areas to meet their daily needs."

Porter is currently caring for two babies found in the Davenport area after their parents were hit and killed by cars.

"The impact has been so severe. I cannot tell you how many cranes get hit in a week,” she said.

FWC is researching how they are using urbanized areas and the impact the suburban lifestyle is having on them, as wetland and upland habitats shrink.

Porter says many people are impatient watching them cross the street.

Instead, they are likely getting hit. Last week, a baby crane died after being run over. She says the driver never stopped.

"You're talking a car versus one of these. It's not going to be good and you get very lucky sometimes,” she said.

FWC says they are still investigating a case where two sandhill cranes were shot in Winter Haven two weeks ago. No charges have been filed, but they have identified the person in this video that was given to ABC Action News by witnesses.

"We have a huge problem with shootings and I'm only one rehab, I think there's about five of us with federal licenses and we have 17 birds already and it's only April 1,” she said.

"If you see a color-banded sandhill crane, please report it to: cranes@myfwc.com . Include band color information, location, time and if possible, a photo,” the FWC Fish and Wildlife Research Institute said on Facebook. "Some cranes have only one-color band, while others have up to four bands. Please also include which leg (right or left), how many bands on that leg. The color and the placement of each band is important in identifying individuals.”

They say it's also illegal to feed the cranes.